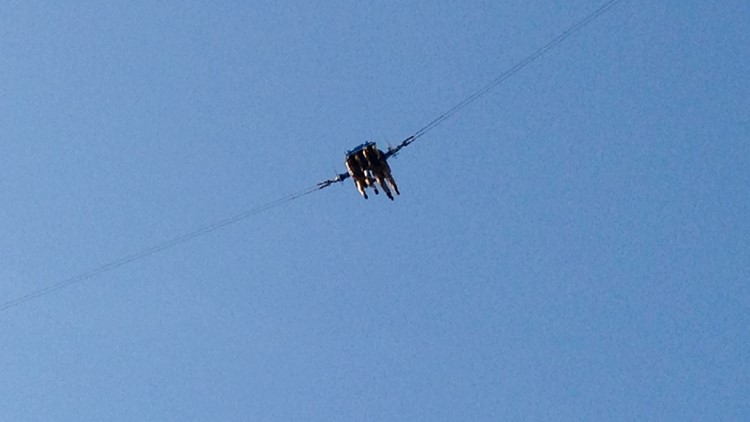 PANAMA CITY BEACH, Fla. — Two men were just seconds away from being launched into the sky on a slingshot ride when one of the cables snapped.

Krissy Hurst posted a video to Facebook of the two tourists sitting in a yellow cage ride vehicle waiting to be shot into the air at the Cobra Adventure Park.

In the Facebook post, Hurst said one of her friends recorded the video to get the men's reactions.

"You're gonna be screaming," one person says in the video.

Then, right before the launch, one of the ride's bungee cables appears to snap and then fray.

"We just dodged death," the woman recording the video says.

Hurst said no one was hurt when the cable snapped and, obviously, the ride didn't launch after that.

"We soooo won't ride any kind of ride again," Hurst said in the post.