Florida could be ahead of the curve when it comes to some preventative measures. 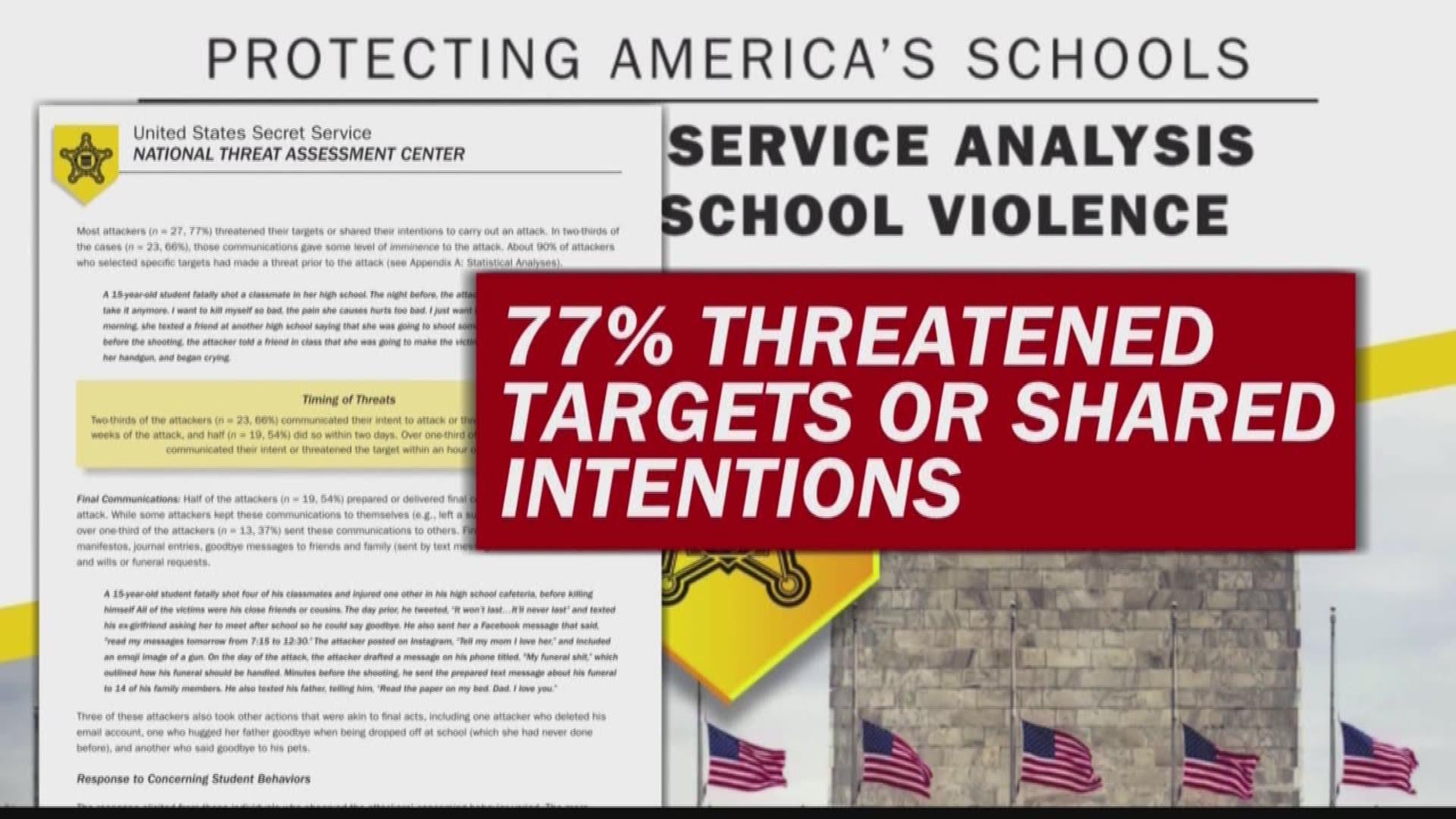 ST. PETERSBURG, Fla — The Secret Service says not enough is being done to prevent school shootings in the United States. The warning comes from a review of mass casualty incidents that was released on Thursday.

But, Florida could be ahead of the curve when it comes to some preventative measures. The state enacted sweeping school security mandates in the wake of 2018’s school shooting at Marjory Stoneman Douglas High School in Parkland, which left 17 people dead.

For instance, the review showed that only 17 percent of schools where an attack took place had a system to report concerning students. Florida, however, now has FortifyFL, a statewide system for reporting suspicious activity which instantly relays information to appropriate law enforcement officials.

The review also shows that almost every suspect in mass casualty attacks engaged in threatening or suspicious communication before carrying out their attack, highlighting a need to improve the “see-something-say-something” mindset in American schools.

But again, Florida is showing signs of being ahead of the curve. Last month, a 3rd-grade student at Hudson Elementary School in Pasco County was hailed as a hero after reporting another student had brought a loaded handgun to school.