A federal judge found the multibillion-dollar agreement between the state and tribe allowing online betting violated a federal rule. 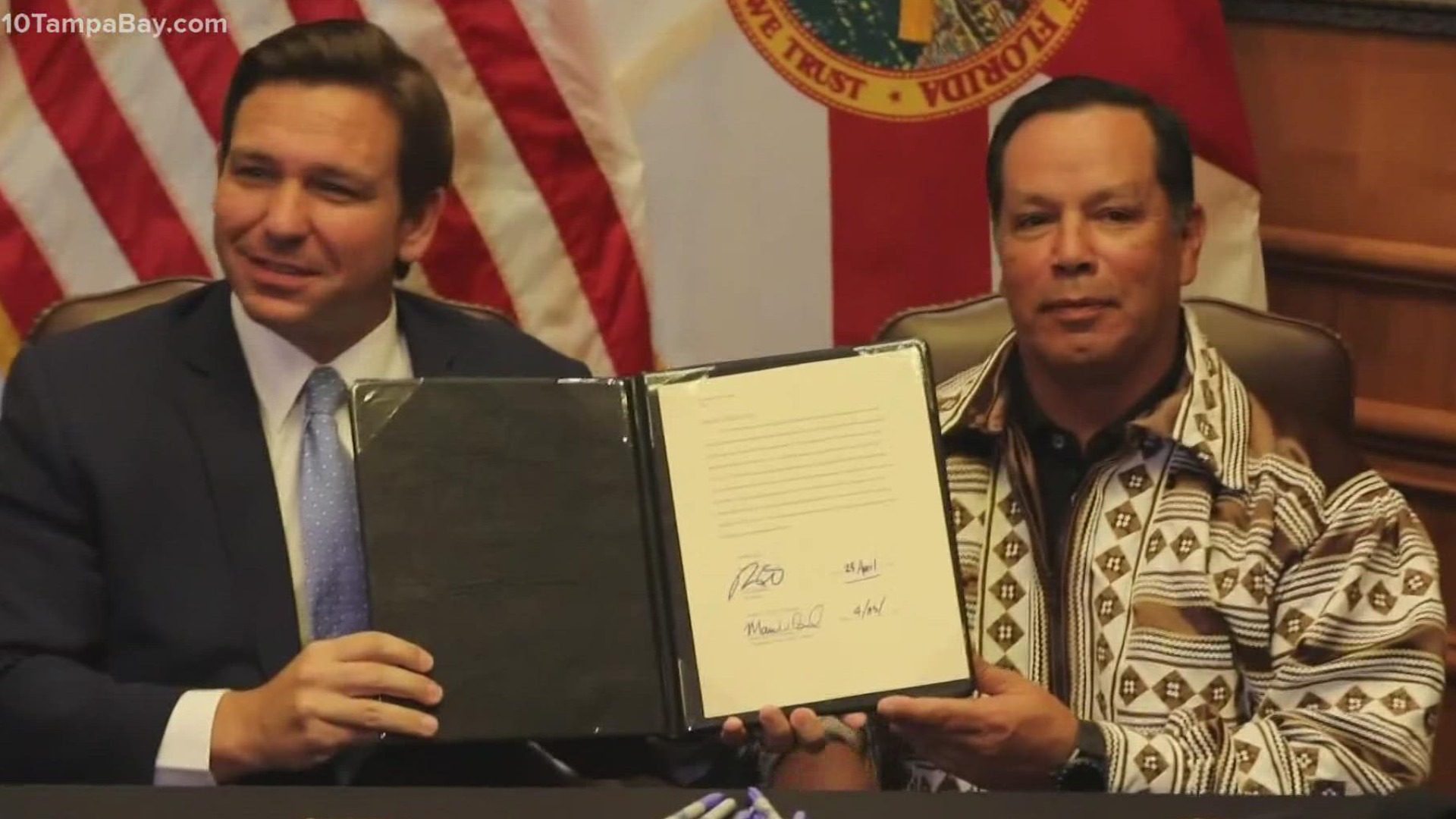 TALLAHASSEE, Fla. — The Seminole Tribe of Florida on Tuesday moved to appeal a federal judge’s decision to block its gaming deal with the state, which expands gambling and online sports betting throughout Florida.

That rule is the Indian Gaming Regulatory Act, which does not allow bets to be placed off tribal land even if the servers processing those bets are on tribe property.

The sports betting law is also in violation of the state's own constitution, according to Friedrich. The law violates amendment three of the state constitution, which voters passed in 2018. It gives Floridians the right to vote on issues related to gambling that occurs off tribal land.

The lawsuit was filed by casino operator West Flagler Associates. The group filed its lawsuit against the U.S. Secretary of the Interior since it’s the federal body that signs off on Indian gaming deals.

According to Friedrich, the Secretary of the Interior, Deb Haaland, received a copy of the gaming compact in June. However, since they took no action in 45 days, they automatically defaulted and approved the compact.

Friedrich said Florida lawmakers could come up with a new gaming compact that allows online gaming solely on Indian lands. Alternatively, Floridians could also authorize online sports betting if the topic is placed on the ballot in next year's election.