South Florida bracing for 'planeloads' of migrants from overcrowded camps

Sheriff's offices said they've been told the Trump administration is moving hundreds of migrants to Palm Beach and Broward counties in two weeks. 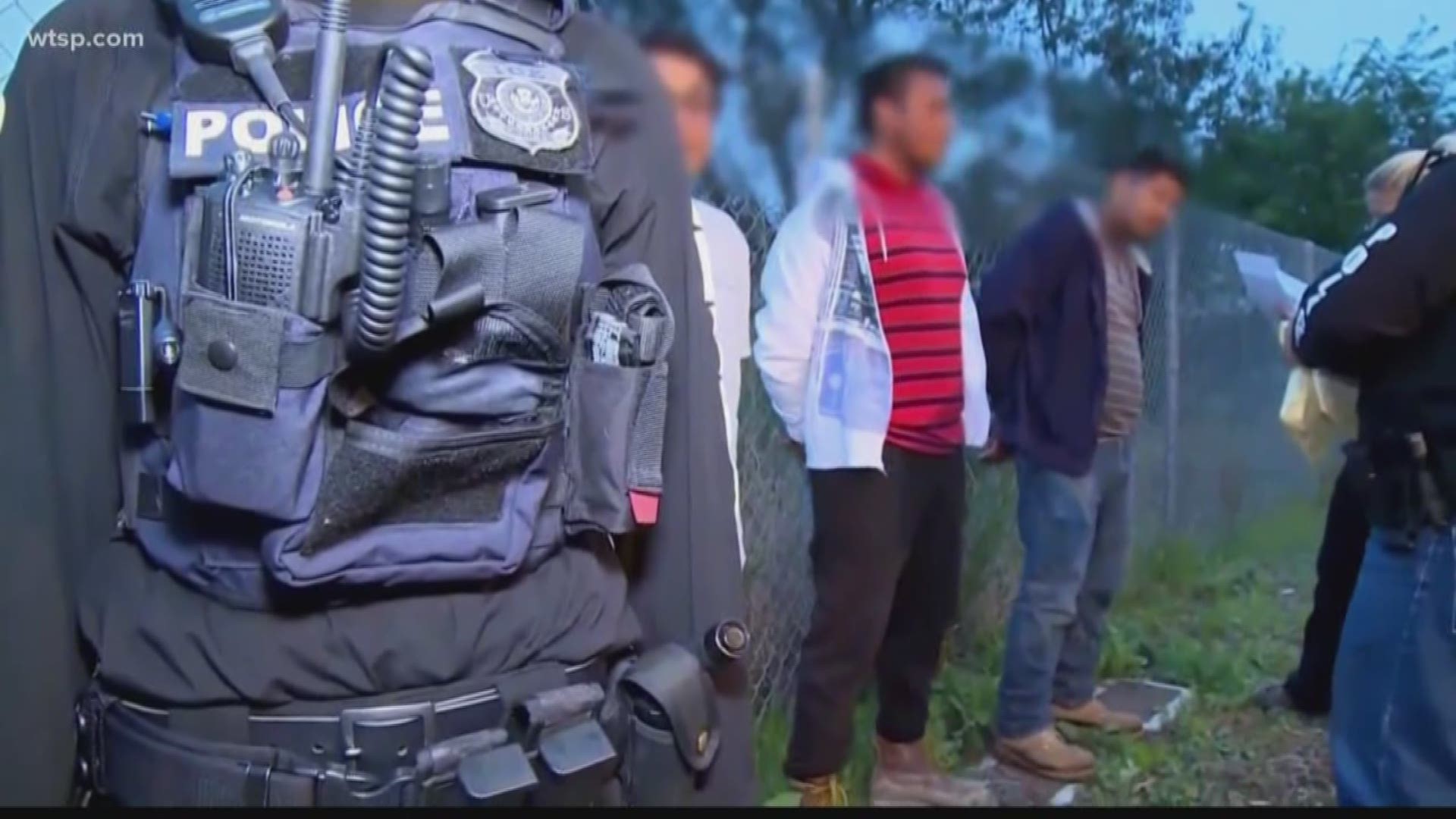 President Donald Trump's administration is preparing to move hundreds of immigrants from the U.S.-Mexico border to at least two counties in South Florida, the Sun Sentinel reported.

In a news release, Broward County said local law enforcement was told to expect "planeloads" of more than 100 migrants each week. These moves are expected to begin in two weeks.

The Sun Sentinel said half the passengers would go to Palm Beach County and half to Broward County.

Broward Mayor Mark Bogen said, "If the president will not provide us with financial assistance to house and feed these people, he will be creating a homeless encampment."

Bogen said the "sudden influx of immigrants" will strain the county's social services and will "cause further harm to immigrants who will be left here with no money, housing or basic knowledge of the area."

The mayor also called the move irresponsible and inhumane.

"Although our commission has not had the chance to address this issue, in my opinion, the people that we can't find shelter for and will become homeless, I would suggest, that we bring them to the Trump hotels and ask the president to open his heart and home as well," Bogen said in a release.

Senator Marco Rubio also tweeted his thoughts on the move, saying Border Patrol will begin moving 500 migrants a month to the two counties and releasing them pending an asylum hearing.

“Senator Scott has been clear that we need to secure the border and create a permanent solution for DACA and TPS," a spokesperson for Sen. Rick Scott said. "There is a crisis at the border that is leading to a flood of immigrants, but Democrats refuse to help fix it. There were almost 99,000 apprehensions at our southern border in April, more than double the number of apprehensions in January. It’s a crisis and it needs to be fixed. Senator Scott has reached out to the local sheriffs and is reaching out to the White House and the Department of Homeland Security to get more details.”