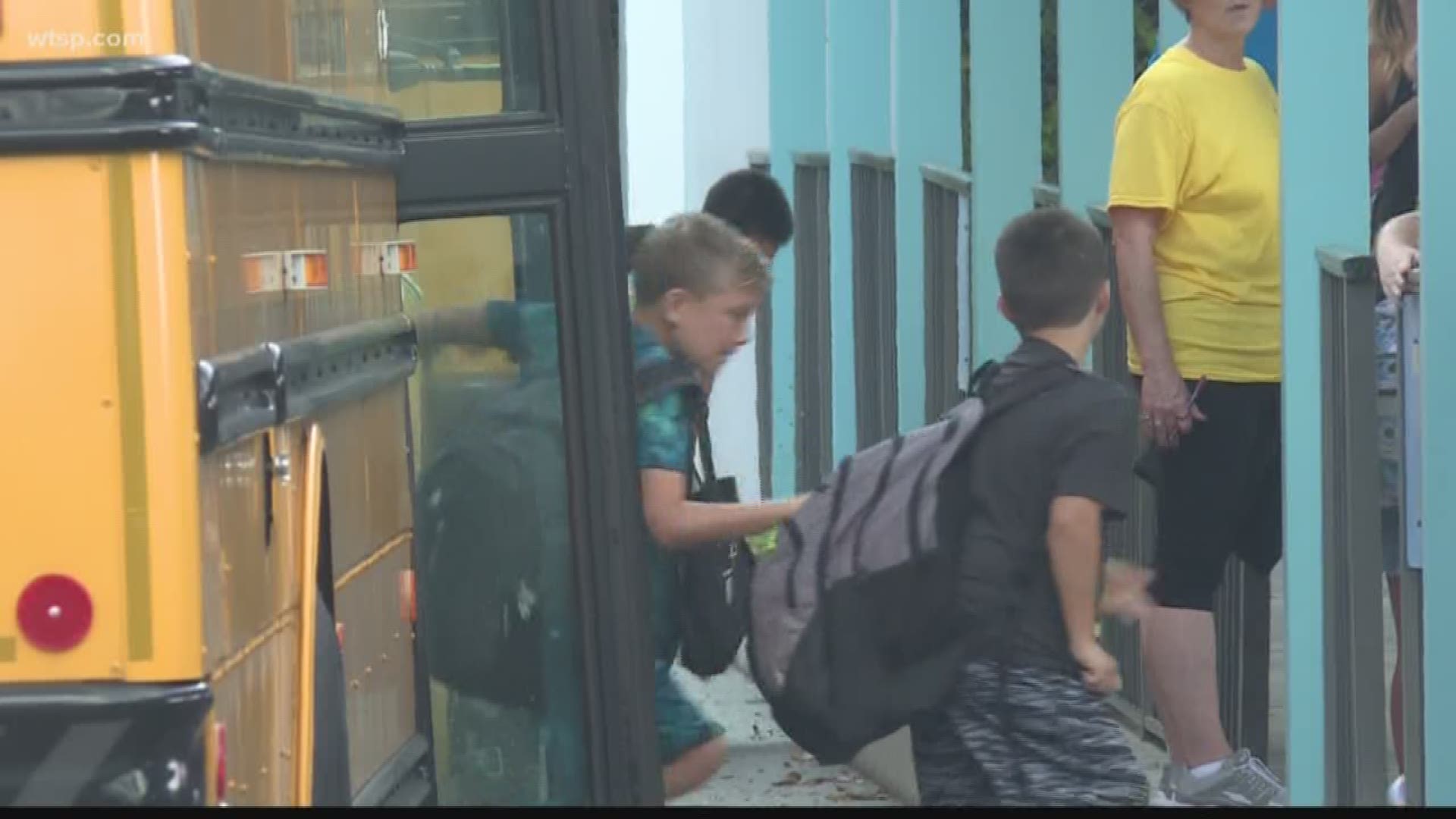 ST. PETERSBURG, Fla. — It’s a new school year but parents like Tim Tretter say they're concerned about an issue that isn’t new at all: Drivers passing stopped school buses.

“I worry every day," Tretter said. "It’s not just the first day, it’s the first to the last day of school I’m sweating bullets out here hoping a car doesn’t clip the bus one time.”

Tretter first contacted 10News last school year about his kids' bus stop on busy Gandy Boulevard near San Martin Boulevard in northeast in Pinellas County. Nearly every day he said he was recording cell phone video of cars whizzing by as elementary school-age children waited to get on the bus.

In a single day, school bus drivers in Pinellas County reported more than 600 drivers illegally passing their stopped school buses, according to data provided by the Florida Department of Education.

School bus drivers in Hillsborough and Manatee counties each counted roughly 300 drivers illegally passing them in a single day.

But a new proposal would double penalties for drivers who blow past stopped school buses.

RELATED: It's back-to-school: You must follow these bus traffic rules

Rep. Ardian Zika, R-Land O’Lakes, recently filed the bill for consideration during next year’s legislative session. Zika said he was approached by the Pasco County Sheriff’s Office about introducing the legislation.

The proposal would double the fine for drivers caught passing school buses with an extended stop sign from $100 to $200. It would also stiffen penalties for repeat offenders who could face possible license suspensions for up to six months to a year.

Fines for passing a bus on the side where children are entering or exiting would double from $200 to $400 with repeat offenders facing possible license suspension for anywhere between one to two years.

“We start threatening that, people might start thinking twice and start stopping for that kid," Tretter said.

Last year, video posted by a mother in Pasco County went viral showing drivers blowing past her child’s school bus, even though the vehicle’s stop sign was extended and warning lights were flashing.

The video caught the attention of Pasco deputies and eventually Zika, who cited it as a reason for needing these new, increased penalties.

Fees and penalties associated with school bus safety haven’t increased in Florida since 1997, according to Zika.

The bill is expected to come up for discussion during legislation committee weeks in September, according to Zika, who expects bi-partisan support.