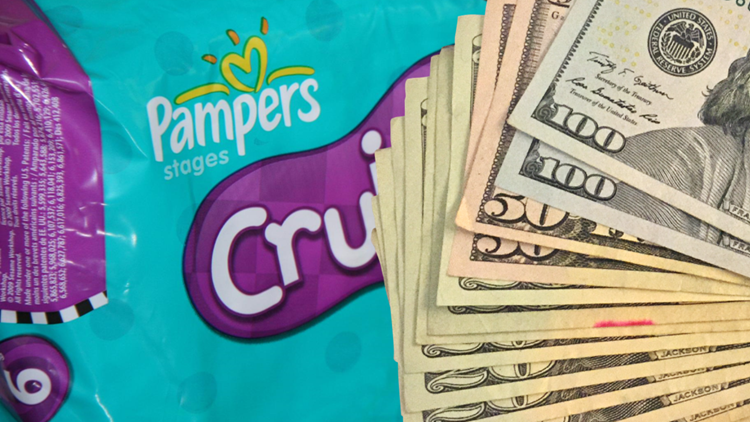 TALLAHASSEE, Fla. — Having a baby is an expensive proposition.

Strollers and car seats cost hundreds of dollars. And, millions of parents spend a small fortune on formula every month.

They’re clearly essential for raising a happy, healthy and hygienic baby – but a Florida senator says the state is adding to the financial burden of growing families.

And, it’s not just infants and toddlers who need them.

“1 in 3 American families report experiencing diaper need. Diapers are a major expense for any household with young children or adults with incontinence issues, running in excess of $75 a month on average,” State Senator Lauren Book said in a statement to 10News.

That’s why Senator Book filed a bill that calls for diapers and other incontinence products to be tax-exempt.

Last session, the measure received bipartisan support, but the Senate Appropriations Committee decided not to take it up.

The founder and volunteer CEO of BabyCycle Diaper Bank in Pinellas Park says the bill would provide much-needed relief.

“Bill SB54, presented by Senator Lauren Books, is imperative to easing the financial burden diapers and their tax bring to parents and caregivers across the state,” Torrie Jasuwan said.

Making diapers and other incontinence products tax-exempt would inevitably cost the state money in lost tax revenue, although Senator Book’s office did not cite that as a specific reason for the bill not passing last year.

RELATED: Florida could get rid of sales tax on diapers if proposed bill passes