Diversion, mandatory sentences, and incentive programs are among the topics Sen. Rouson and Sen. Brandes want addressed this session. 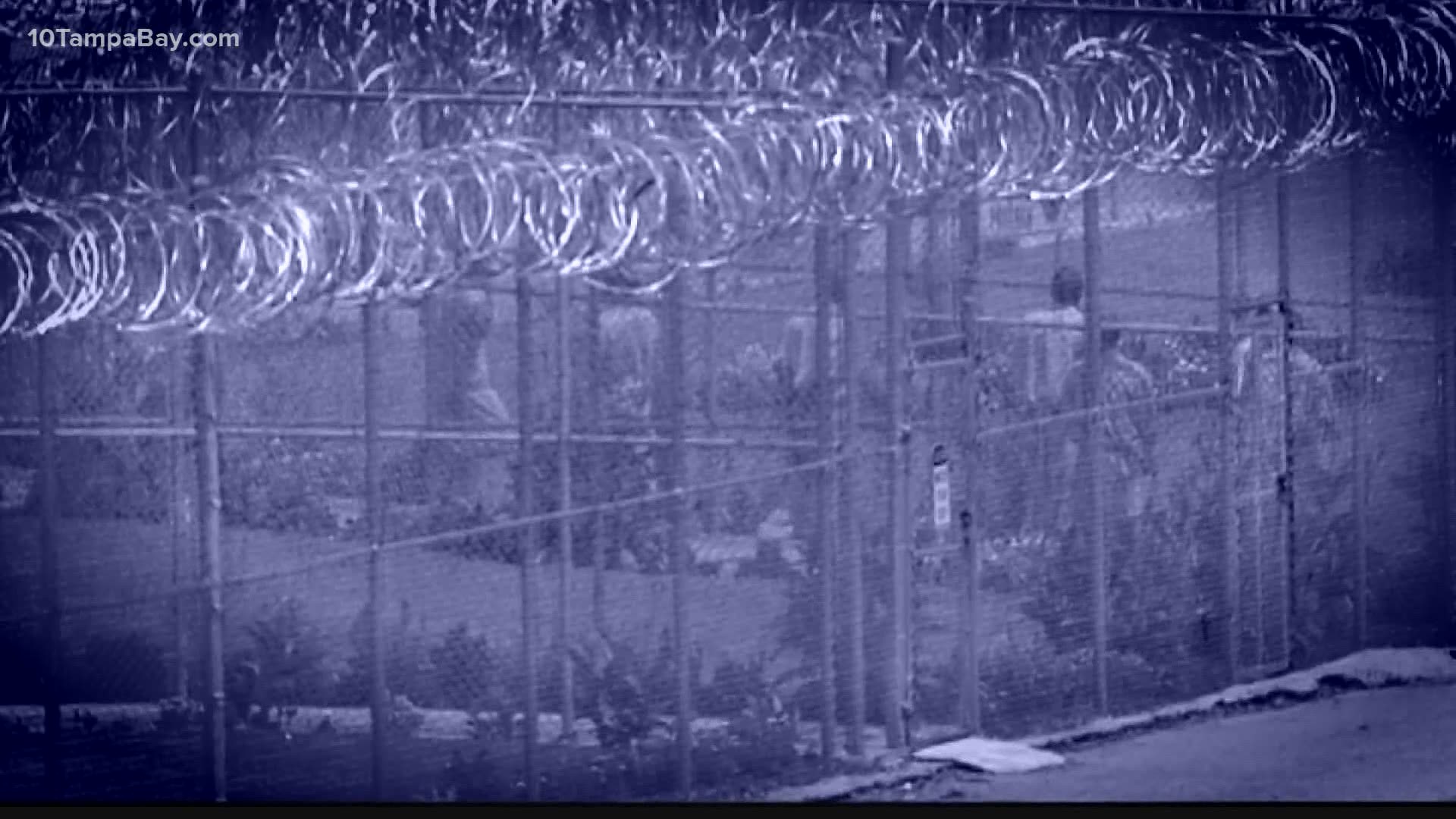 ST. PETERSBURG, Fla. — It's not often politicians from opposing parties are eager to sit down and talk policy. Turns out the condition of Florida's prison system will bring them to the table.

Sen. Darryl Rouson, a democrat representing parts of Pinellas and Hillsborough counties and Sen. Jeff Brandes, a Republican from Pinellas County have seen countless instances of unjust mandatory sentencing laws with harmful consequences. Both have filed bills that start to chip away at outdated laws from years past.

"I wish I had a dime for every time a judge issued such a sentence while simultaneously apologizing for having to do that," said Rouson.

Sen. Brandes added, "They might be next to murderers or rapists who are getting a lesser sentence than they got for robbery."

In December, Rouson filed SB 328: Sentencing, which would open the door to retroactive sentencing, meaning new laws could apply to those serving time under old sentencing laws.

"We need to do some retroactive work. I mean serious work. We were locking people up at a time in this state when we thought by being more harsh on sentences, it would deter crime. We have since come to realize that that was an error," said Rouson.

More than 4.6 million Floridians – around 62 percent of voters – approved Amendment 11, but it has yet to be put on the books by the Florida legislature. Rouson's bill would do just that.

This type of legislation would have helped Erik Weyant, a Pasco County man who spent 14 years behind bars for shooting his gun during a fight in a parking lot. No one was hurt.

Weyant had no criminal history however at the time, Florida's tough-on-crime "10-20-Life" law meant he would spend a mandatory 20 years in prison for firing a gun in the commission of a crime. He was released last week after 14 years thanks to high level advocacy that appeared to finally get the attention of the court.

RELATED: A controversial Florida law put him behind bars for 14 years. Now, he's a free man.

Senator Brandes is pushing a bill that allows judges to have more discretion when it comes to sentencing young people. This too would have helped someone like Erik Weyant.

"It's looking at youthful offenders who get extremely long sentences and at what point should there be a second look at their sentence?", explained Brandes.

Another bill Brandes has filed is intended to help former convicted felons get jobs. Sen. Rouson disagrees with the legislation and thinks it further discriminates former inmates saying, "I think we need to incentivize the businesses to do the right thing. It kicks a person when they’re down."

"For a temporary time, for an employer to pay a lower wage, just incentivizes employers to look at those individuals who they otherwise would put quietly at the back of the pile," said Brandes.

All of this proposed legislation has a long way to go before becoming a law and having an impact on the state of Florida.

However with an estimated 100,000 inmates in Florida prisons, new laws on the books would have an impact far and wide.

According to Families Against Mandatory Minimums (FAMM), second chances are nearly impossible in Florida. FAMM's data shows each year in Florida for the past 20 years, an average of 48 people were granted parole, 2 prisoners received a commutation, and 16 sick and elderly people were granted conditional medical release.

In all, 47 states allow some prisoners an opportunity to earn early release by completing recidivism-reducing programming. Florida is not one of them.

Nationally, mandatory sentencing reform is a topic of conversation as well. A new report found extreme sentencing is actually increasing. Findings include:

The Sentencing Project calls for the abolition of life-without-parole sentences and a 20-year cap on all life sentences that allow parole. According to the advocacy group, doing so would help to reverse the tough-on-crime policies now debunked by years of social science.