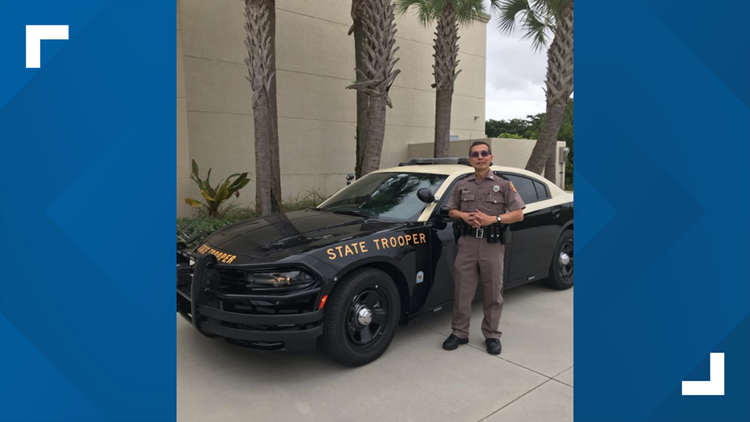 PALM BEACH COUNTY, Fla — On October 1, 2017, Tropper Andy Ong was nearly killed when a car hit and ran him over while he was doing speed enforcement outside of his patrol car on I-95 near Boynton Beach, Florida.

Now, two years later, the Florida Highway Patrol announced Trooper Ong is back on the job.

The announcement falls on good timing: January is Move Over Month in Florida. Florida law says drivers need to move over by at least one lane for a stopped law enforcement officer. If you can’t move lanes, the required speed limit is 20 mph slower than the posted speed limit.

Florida Department of Highway Safety and Motor Vehicles
FHP welcomes Trooper Andy Ong back to work after he was involved in ... a serious life-threatening crash more than two years ago. Trooper Ong was struck and then run over by a vehicle while conducting speed enforcement, outside of his patrol vehicle.