Underground tunnel found in Florida, FBI suspects it may lead into bank

The unexpected discovery was made Wednesday in Pembroke Pines. 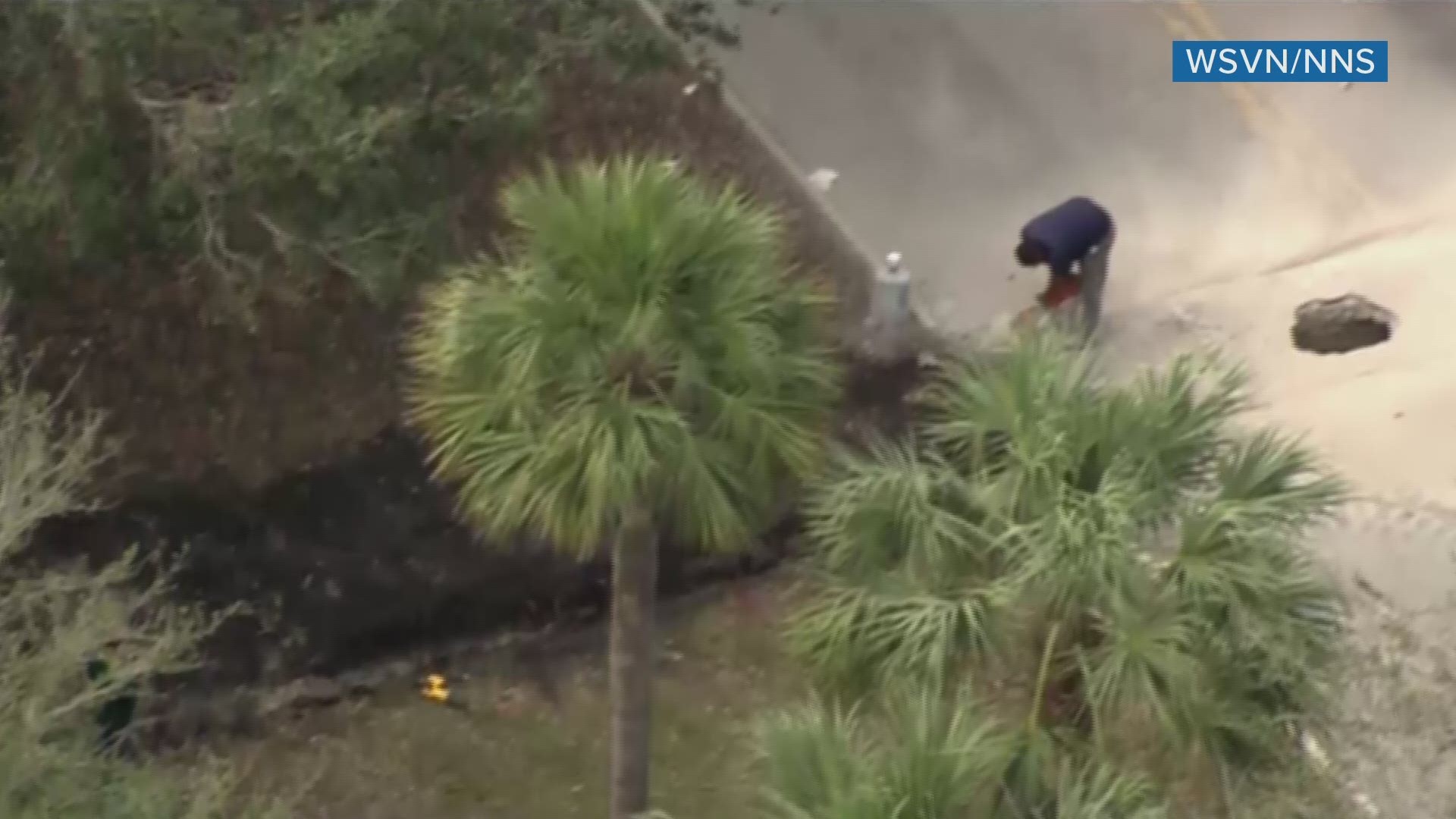 PEMBROKE PINES, Fla — The FBI is investigating what they suspect may be a tunnel heading into a bank in southern Broward County.

According to CBS Miami, authorities were originally dispatched for a pothole in the middle of the road in Pembroke Pines.

When a utility crew arrived, workers found a tunnel underneath the road. The tunnel reportedly begins in a nearby wooded area, goes underneath the ground and toward a Chase bank branch.

CBS Miami said the tunnel is about two-to-three feet in diameter.

Officers reportedly found a generator, boots, a bucket and a winch near the tunnel.

At this point, law enforcement is investigating on the assumption the tunnel was going to be used as part of an attempted bank robbery.

“They’re heading toward the ATM. I don’t think they were doing that for any other reason,” FBI Special Agent Michael Leverock told CBS Miami.

Authorities believe rain may have contributed to a partial collapse of the tunnel.

A police canine was unable to find anyone inside, and it's unclear who was behind digging the hole. At this point, the FBI only knows that whoever dug it used a pickaxe and a small wagon to get the dirt out, according to CBS Miami.