NBCUniversal theme parks that have reopened include Universal Orlando and Universal Studios Japan. 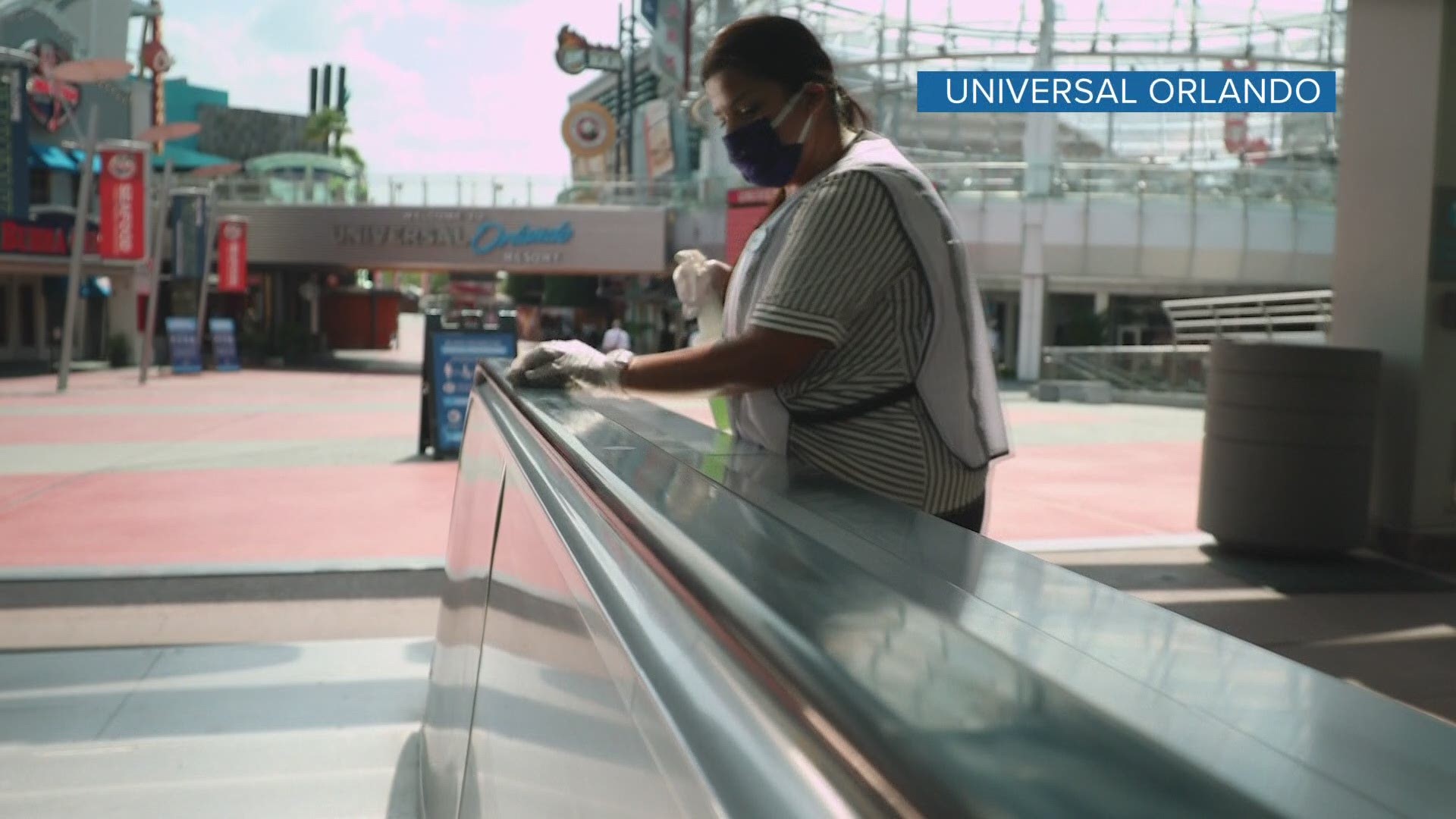 ORLANDO, Fla. — The coronavirus pandemic continues to have major adverse effects on the travel and tourism industry, especially on theme parks.

The months-long closures of theme parks around the world coupled with the ongoing closures of some parks in certain states have been dragging down revenue streams for park-owning companies like Comcast, Disney and SeaWorld Entertainment.

Thursday morning, Comcast, which owns NBCUniversal, hosted a quarterly earnings call for its investors. While it praised the growth in high-speed internet customers and Peacock streaming service sign-ups, CEO Brian Roberts said the theme parks had been “the single biggest drag on the quarter.”

Excluding the theme parks, Comcast said that NBCUniversal earnings had grown by 9 percent year over year.

The Hollywood park has remained closed because of California’s strict guidance on letting attractions reopen -- they’re only allowed to reopen with restrictions if their respective county has an infection rate of less than one COVID-19 case per 100,000. Universal Studios in Los Angeles County is currently seeing 11 cases per 100,000, according to the latest coronavirus data from the state.

Comcast CFO Michael Cavanaugh said the new Universal Studios Beijing park is still on schedule to open in summer 2021. And, the company said it expects its theme park business to break even sometime next year -- regardless of what happens with Hollywood’s reopening.

“When the world returns, and people get sick of being in their house, I really feel that parks are going to be a very strong business,” NBCUniversal CEO Jeff Shell said. “So far, we’re rebounding fairly nicely.”

Executives didn’t give detailed figures on attendance at its parks in Orlando or Japan. They also didn’t give any updates on the construction of Epic Universe, the fourth theme park coming to Orlando. In the spring, the company said its opening is delayed because of the pandemic.