'We could be in trouble': USF scientist urges officials to watch for new COVID-19 variants

If any new variant spreads quickly in Florida, the daily number of cases could increase anywhere from 5,000-8,000, and hospitals won't have the capacity to keep up. 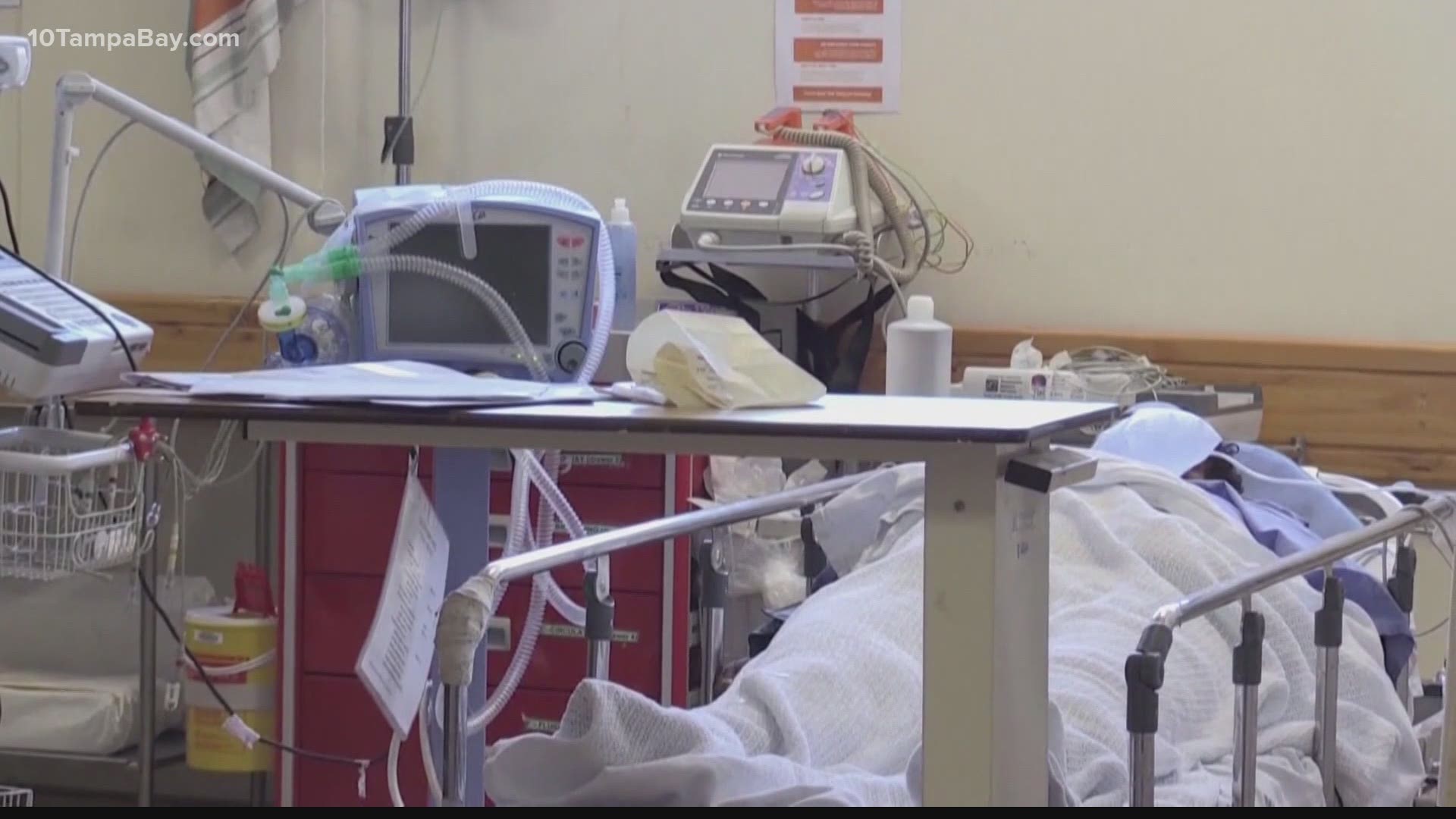 TAMPA, Fla — The Centers for Disease Control and Prevention has scientists on the ground trying to find new more contagious variant of COVID-19.

So far California, Colorado, Florida, Georgia and New York have all found cases of the mutation out of the United Kingdom. While more countries implement stricter lockdowns, a Florida scientist says the new variant should be in every state by now.

"The U.K. is hitting 50,000 cases on a daily basis, and this is small country," USF Mathematical Modeler Dr. Edwin Michael said.

Stuck in a new lockdown in London, Michael says a new variant of coronavirus has health officials on high alert as hospitals get overwhelmed.

"You can't go out from the different zones to other parts of the country and you're not supposed to go drive about. You're just supposed to just leave the house just for essentials and come back," Michael said.

Three different variants of COVID-19 have been detected worldwide. Mutations found in both the U.K. and South Africa are similar and highly contagious. The latest new variant is out of Nigeria, but very few cases have been found.

"The problem with the U.K. one and the South African one is that there's a lot of mutations that occurred. That is unusual," Michael said.

While the CDC investigates those three variants, at least one case of the mutation out of the UK was found here in Florida. That person has no travel history meaning the virus is spreading here right now and we should be careful.

"If people are not going to wear masks and refuse to wear masks, and observe social distancing, you're going to get this resurgence in cases just like what's happening here in the U.K. So expect that to occur in the US unless you clamp down right now," Michael said.

Michael says if any new variant spread quickly in Florida, our daily number of cases will increase anywhere from 5,000-8,000. Hospitals won't have the capacity to keep up.

"That is the biggest worry, that you're going to you're going to overwhelm these hospitals if this variant comes and spreads like wildfire as it's spreading over here. I think we have to seriously look at what is going on in the UK," Michael said.

Michael says the only way to stop the spread is by using social measures. He says vaccines are rolling out far too slowly to address new variants.