The World War II-era plane was flying in the Cocoa Beach Air Show when the pilot ran into trouble. 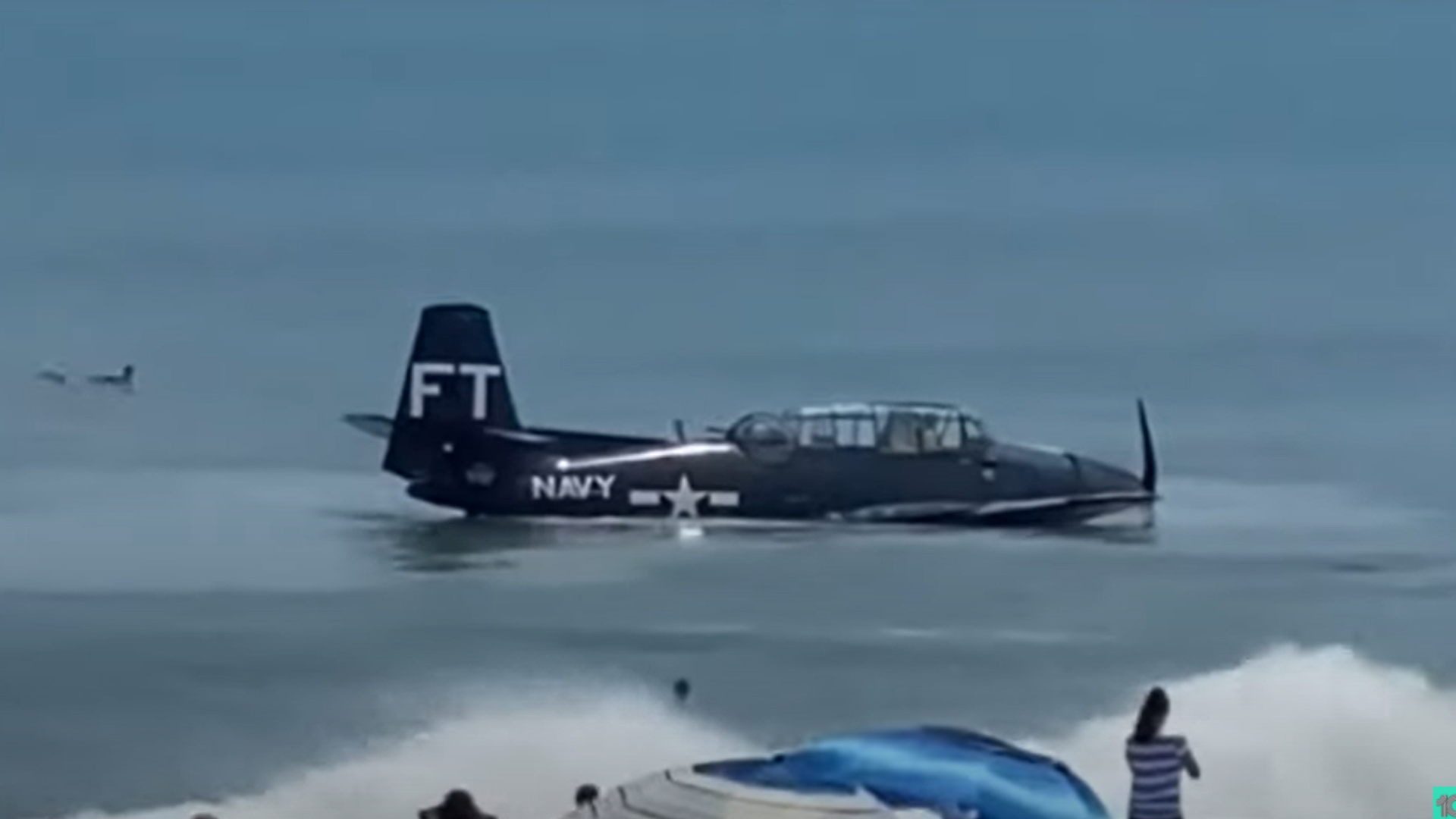 COCOA BEACH, Fla. — A World War II-era plane created a splash at Cocoa Beach, when it had to make an emergency landing -- in the water.

It happened Saturday afternoon during the annual Cocoa Beach Air Show. Organizers say the TBM Avenger had a mechanical problem while it was performing in the warbird parade. The pilot made a crash landing in the water near the shore.

A man posted a video of the landing on Storyful shortly after it happened. He can be heard saying, "a plane just crashed into a crowded group of surfers."

There was a crowd of beachgoers around at the time, but fortunately, none were hurt. Rescuers checked out the pilot, who was alone on board the plane. They say he's okay.

Officials with the air show say the restored plane will return to a museum on Florida's east coast.