After jogger detained for fitting burglar description, Florida sheriff offers him a job 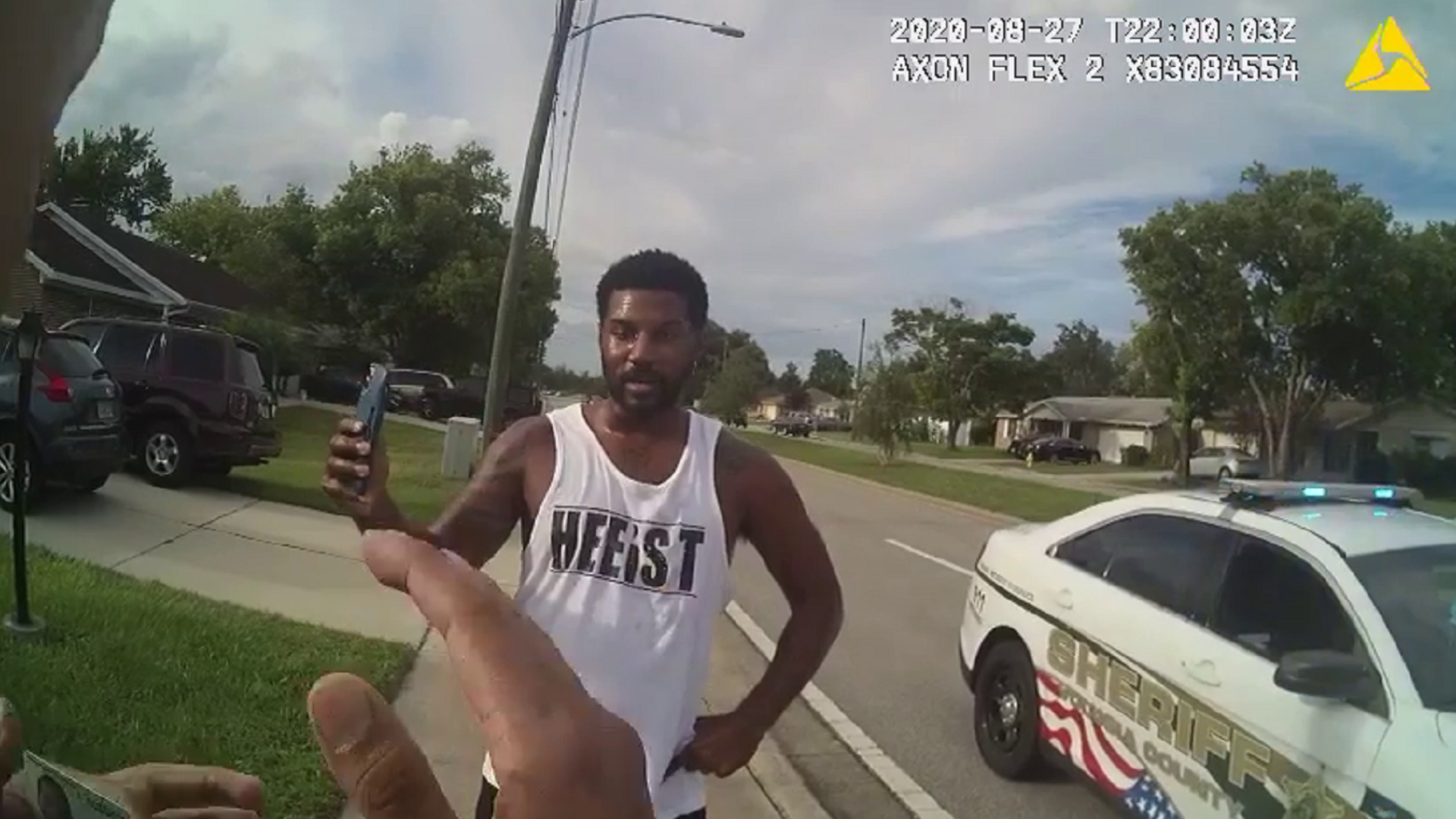 DELTONA, Fla. — "Wrong place -- wrong time," said Joseph Griffin, a Black man who was detained by Florida deputies as they looked for someone wanted in a burglary.

It happened last week when Griffin, while out on a run, was stopped by Volusia County Sheriff's Office deputies. The tense encounter between the jogger and deputies "deserves recognition" for how everyone handed it, said the sheriff, who even offered Griffin a job.

"You're not in any in trouble or anything, there's, uh, a burglary that happened -- you kind of fit the description," the responding deputy told Griffin.

"Really?" Griffin responded. He was wearing a white tank job and black shorts.

'I fit a description' story

Today, The West Volusia Beacon published a story with this headline: 'I fit a description': Deltona man detained while jogging I don't know about you, but to me, the implication in the tone of this article is that our deputies did something wrong here. So I want to take a moment to stand up and recognize the great work of every deputy involved in this call. Not only were they respectful to Mr. Griffin - they held his phone for him so he could stay on video on Facebook Live. There's about 18 minutes of video here if you want to see it. Witness descriptions are never perfect, and these deputies did an outstanding job given the limited information they had about a call in progress. AND they arrested the suspect actually responsible for the burglary. Likewise, Mr. Griffin was calm and cooperative even though he had reason to be frustrated with the inconvenience. To each and every deputy who was involved in this response, I am extremely proud of your hard work and dedication. This is exactly the kind of effort that has allowed us to cut down the crime rate in Deltona. To Mr. Griffin, I appreciate your cooperation with these deputies, and I'd like to invite you on a ride-along sometime in the future. To some of the harsher critics who have been second-guessing and criticizing these deputies on social media, I think you need to put yourselves in these deputies' shoes. I don't think just anyone can fill them. Great job, Deltona deputies. Stay safe and keep up the great work. Sheriff Chitwood

After Griffin passed along identification to the deputy, he was seen on his phone starting a Facebook Live video to record the encounter. Because he fit the suspected burglar's description, the deputy said he had to detain him by the order of his sergeant.

"If something happens to me, y'all better raise hell," said Griffin as he was being handcuffed. After a helicopter flew overhead, Griffin said, "It's just a lot going on today," likely in reference to the police shooting of Jacob Blake in Kenosha, Wisconsin, and the death of George Floyd in Minneapolis police custody.

"We're the same, you know me, Imma take care of you," the deputy responded.

The deputy's body camera video runs for about 18 minutes in its entirety as posted on the sheriff's office Facebook page before flashing over to deputies arresting the man accused of burglary.

Volusia County Sheriff Mike Chitwood said Griffin, who's a military veteran and medical worker, would join the office during an implicit bias training session. Griffin also, the sheriff said, could have a new job if he so chose.

"I told him we'd train and hire him as a deputy in a second if he ever wants a new job," Chitwood wrote on Facebook.

"I also just want to say again how proud I am of the deputies who handled this call. Granted, nothing like Facebook Live existed when I was starting out, but I don’t know if a young Mike Chitwood would have kept a live video running for somebody I was detaining. These guys did it because in that moment, they understood what it meant to Mr. Griffin, who was going out of his way to be cooperative and respectful."