The child's stepfather and mother were arrested, police say. 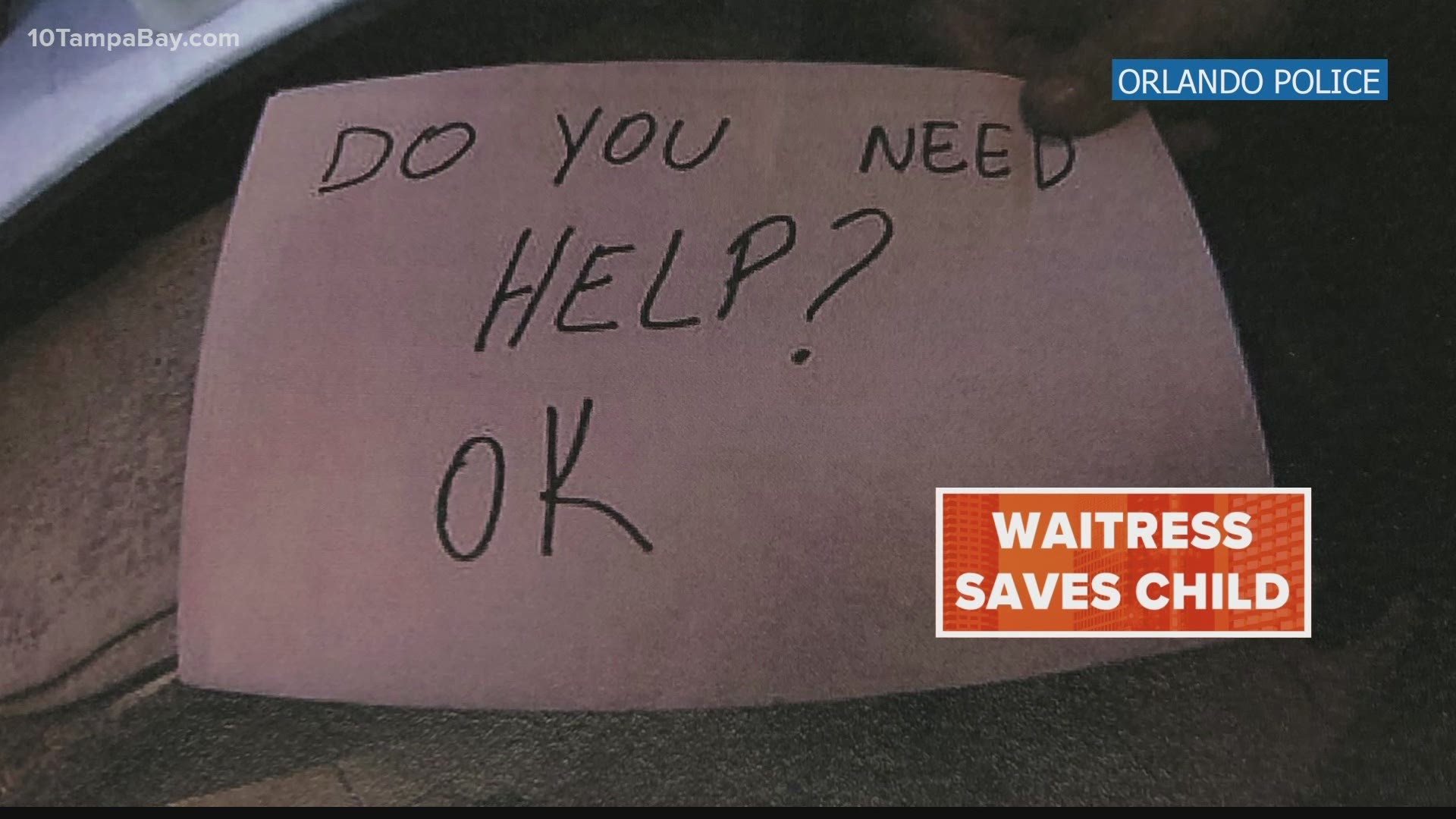 ORLANDO, Fla. — A waitress "saw something" and "said something," police say. And, thanks to her efforts, officers say she helped a boy escape from "dangerous abuse."

Police say waitress Flavaine Carvalho was working at an Orlando restaurant on New Year's Day when she saw a family withholding food from an 11-year-old boy at one of the tables. Officers say she saw bruises on his body and decided to take action.

According to police, the woman created a sign to secretly ask if the boy if he needed help. When the boy signaled "yes," officers say she called police.

The boy's stepfather and mother have been arrested, police say.