No county has said theirs was hacked. 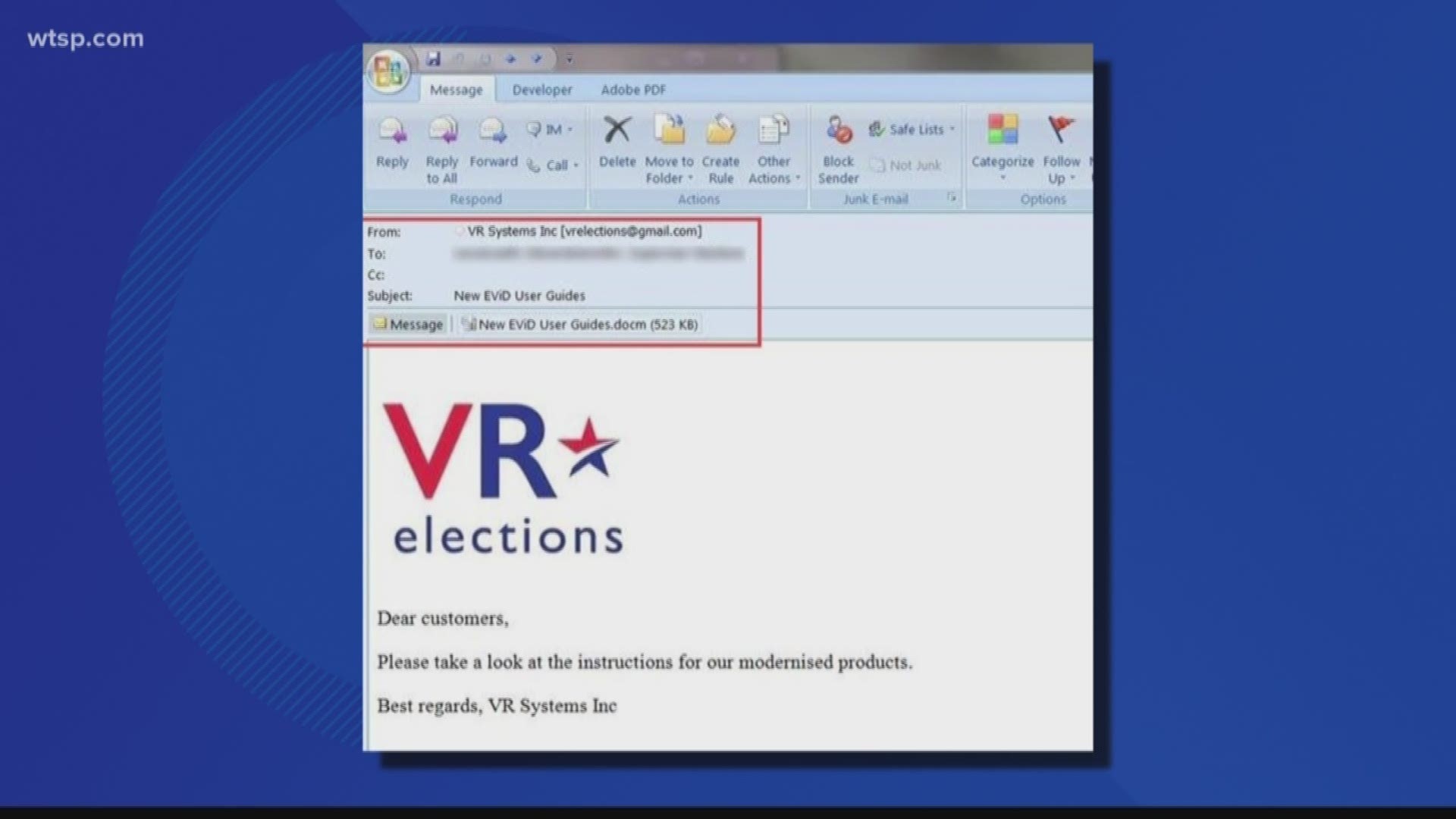 Which counties? The governor says he can’t say because he signed a non-disclosure agreement. He added that the FBI and Department of Homeland Security did inform the two counties of the intrusion into their voter networks.

The Mueller report revealed that Russian hackers sent an email with malware attached that appeared to come from “VR Systems Inc.” VR Systems is an elections vendor that provides support to 62 counties in the state. The spearphishing email went to more than 120 accounts used by election officials.

Collier County, Alachua County, Volusia County and Broward County have said they all received the email before 2016, alerted authorities and have never been told that their networks were compromised.

Sumter County’s supervisor of elections office responded to our request saying that answers could directly or indirectly impact national security.

“As your request relates to potential communications between my office and various federal agencies, including DHS and FBI, and because our answers could either directly or indirectly allow yourself or others, including nation states trying to do harm to our elections process, to ascertain details harmful to national security, we will exercise the protections offered under FOIA and CISA of 2015 in regards to your request.

We hope you understand that while we are a public office entrusted with and committed to maintaining and promoting fair, accurate, and transparent elections, we are also entrusted with maintaining the security of elections. We take this trust very seriously," the Sumter County Supervisor of Elections Office wrote in a statement.

Senator Rick Scott was set to be briefed by the FBI on Wednesday evening.