More Florida beaches are closing ahead of July 4 weekend

So far beaches are closed in three counties. 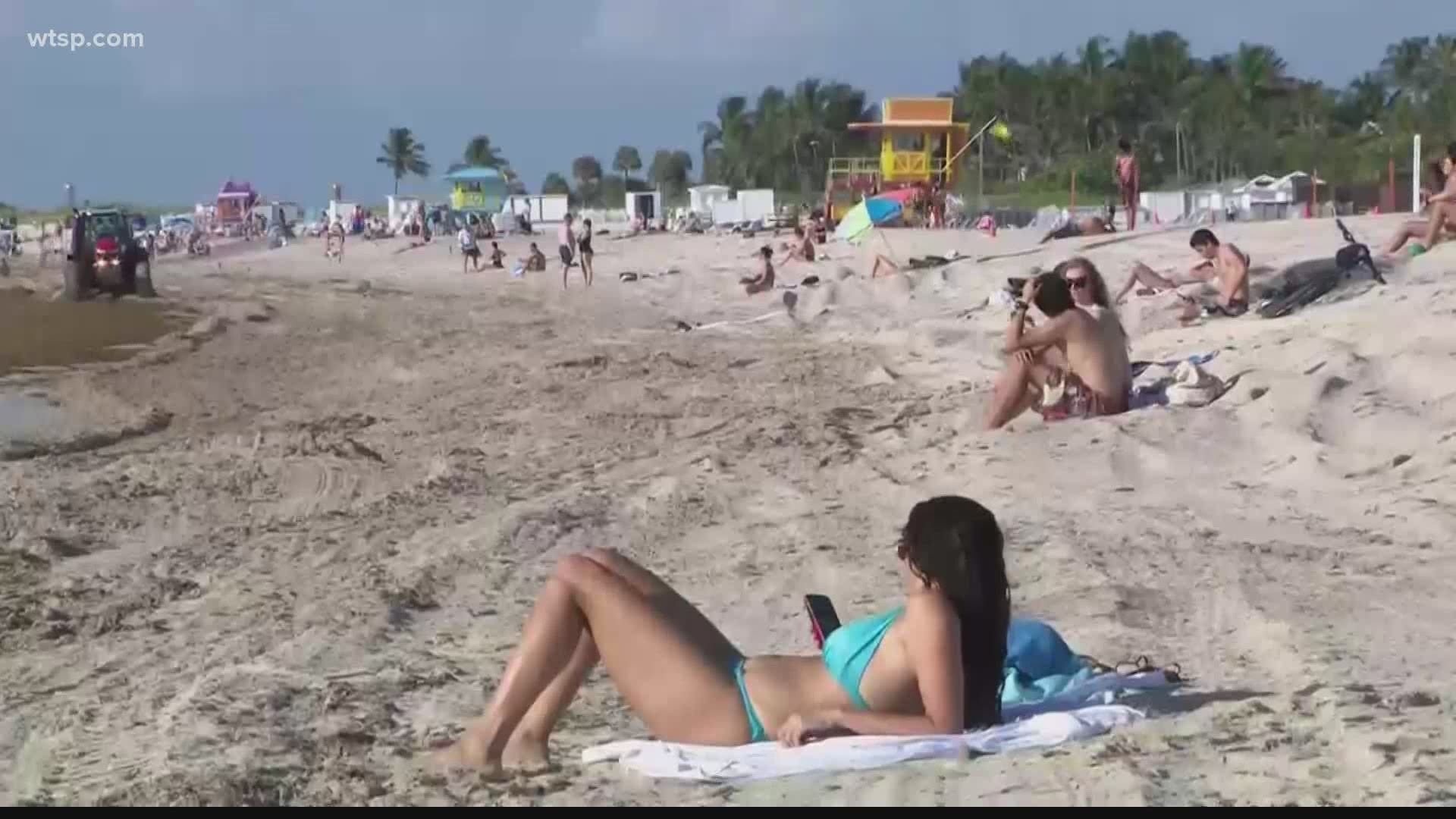 MIAMI — Officials are announcing more beaches, including in Key West, will be closing again in Florida to avoid further spread of the new coronavirus during the busy Fourth of July weekend.

On Friday, Miami Mayor Carlos Giménez announced he would sign an executive order to close all county beaches and restrict any gatherings, parades of more than 50 people.

The emergency order takes effect July 3 and runs through July 7, but Giménez said the closure may be extended if conditions do not improve and people do not follow the "new normal" rules.

On Sunday, county leaders in both Broward and Palm Beach counties announced their beaches would also be closed.

Broward Mayor Dale Holness confirmed to WFOR-TV the beaches will be off-limits to the public from Friday, July 3, to the 5th.

Palm Beach County Mayor made the announcement Sunday on CNN, with an order coming Monday, according to WPEC-TV.

On Monday, Key West officials announced the Key's beaches will be temporarily closing beginning at 5 p.m. July 2 and staying shut down until the morning of July 7.

Florida Gov. Ron DeSantis said Sunday that social interaction among young people are driving the surge in confirmed, saying “caution was thrown to the wind" by bars and pubs that were not following mandated guidelines.

DeSantis said he worried that younger people who live with older relatives may infect those in groups who can get more severly sick with COVID-19.