Woman gets bacterial infection after cutting herself while shaving, going to the beach

Orlando news outlets report the woman said she had cut herself shaving before going to the beach. 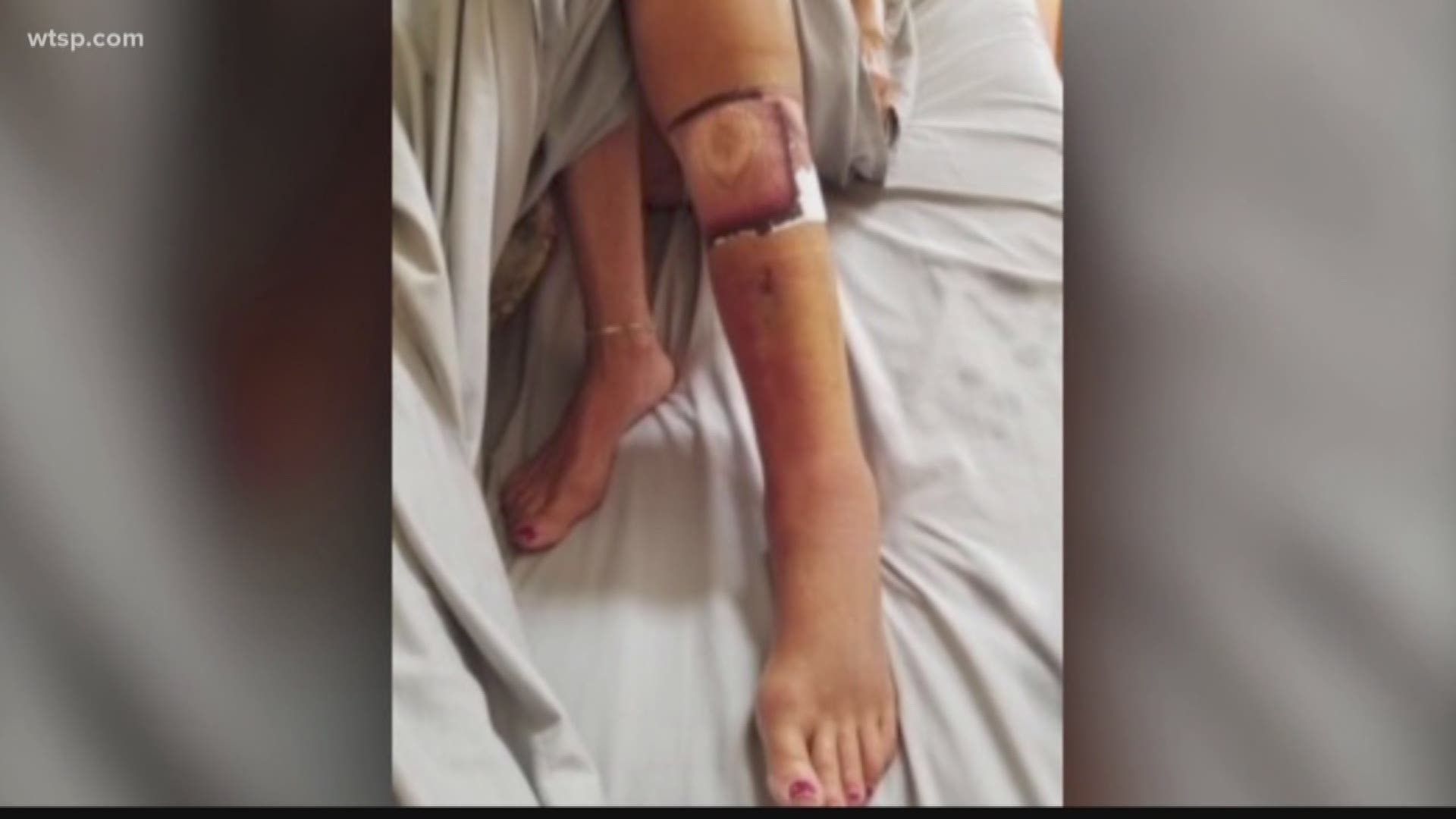 CBS affiliate WKMG says Sarah Martinez, of Casselberry, cut herself while shaving her legs a few days before a trip to Sarasota. Martinez told the news ouetlet as soon as she got into the water at the beach, she felt a stinging on the leg with the cut.

"I thought it is just the salt water cleaning it out," Martinez told WKMG. "Thirty minutes after I got out of the water it started getting red. It started swelling."

When Martinez got back to Central Florida, she went to the hospital in Longwood, WESH reported. Doctors there first thought she had flesh-eating bacteria.

Doctors treated Martinez with antibiotics and later determined the infection was cellulitis, which if left untreated can cause fasciitis, WESH said. Necrotizing fasciitis is the scientific name for what is frequently described publicly as a form of flesh-eating bacteria.

Several cases of people contracting flesh-eating bacteria have popped up along Florida's East Coast in the last couple of months. A 12-year-old reportedly dealt with necrotizing fasciitis after scraping her toe during a visit to Pompano Beach. A 77-year-old woman died from surgery complications after contracting the bacteria while visiting Coquina Beach.

A couple of weeks ago, a man said he contracted flesh-eating bacteria without ever touching the water.

In a statement to WKMG, the Florida Department of Health in Orange County provided advice for beach-goers:

When visiting the state's beaches and/or intracoastal waterways, residents and visitors should cover any open skin cuts they may have with a waterproof band-aid before interacting with the water. If not possible, individuals can enjoy the sun and sand but they may want to stay out of the water as a precaution against water-borne illnesses.