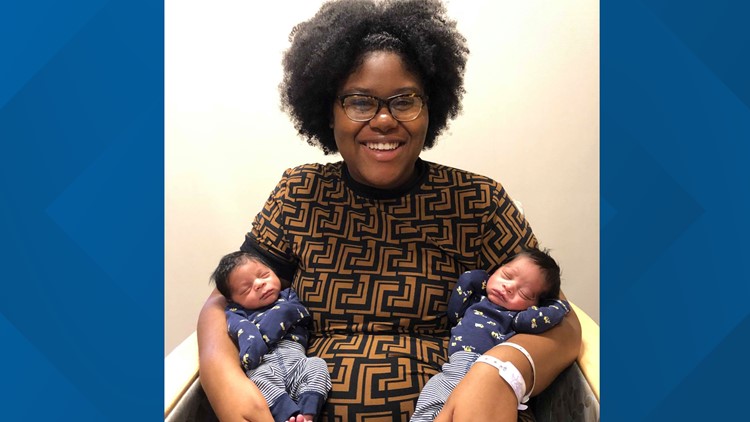 Alexzandria Wolliston, 25, gave birth to two sets of twins in 2019. Yes, you read that right!

In March, Wolliston gave birth to Mark and Malakhi, identical twins. Two months later, she found out she was pregnant with another set of twins.

On Dec. 27, she gave birth to Kaylen and Kaleb, fraternal twins.

“I conceived naturally and I have a 2-year-old daughter that will be turning three on Jan. 30,” Wolliston told 10News.

Wolliston didn’t know twins ran in her family. She recently learned that both of her grandmothers lost twin boys at birth.

“I feel like my grandmothers gave me their babies,” she told CBS News New York.

She says she doesn’t plan on having more children anytime soon but says, “I never know what the future holds.”

Kaleb is home from the hospital. She hopes Kaylen will be home soon.

"I feel like I hit the twin lottery," Wolliston said.

Wolliston says she has received many requests from people wanting to help, so she set up a GoFundMe account.