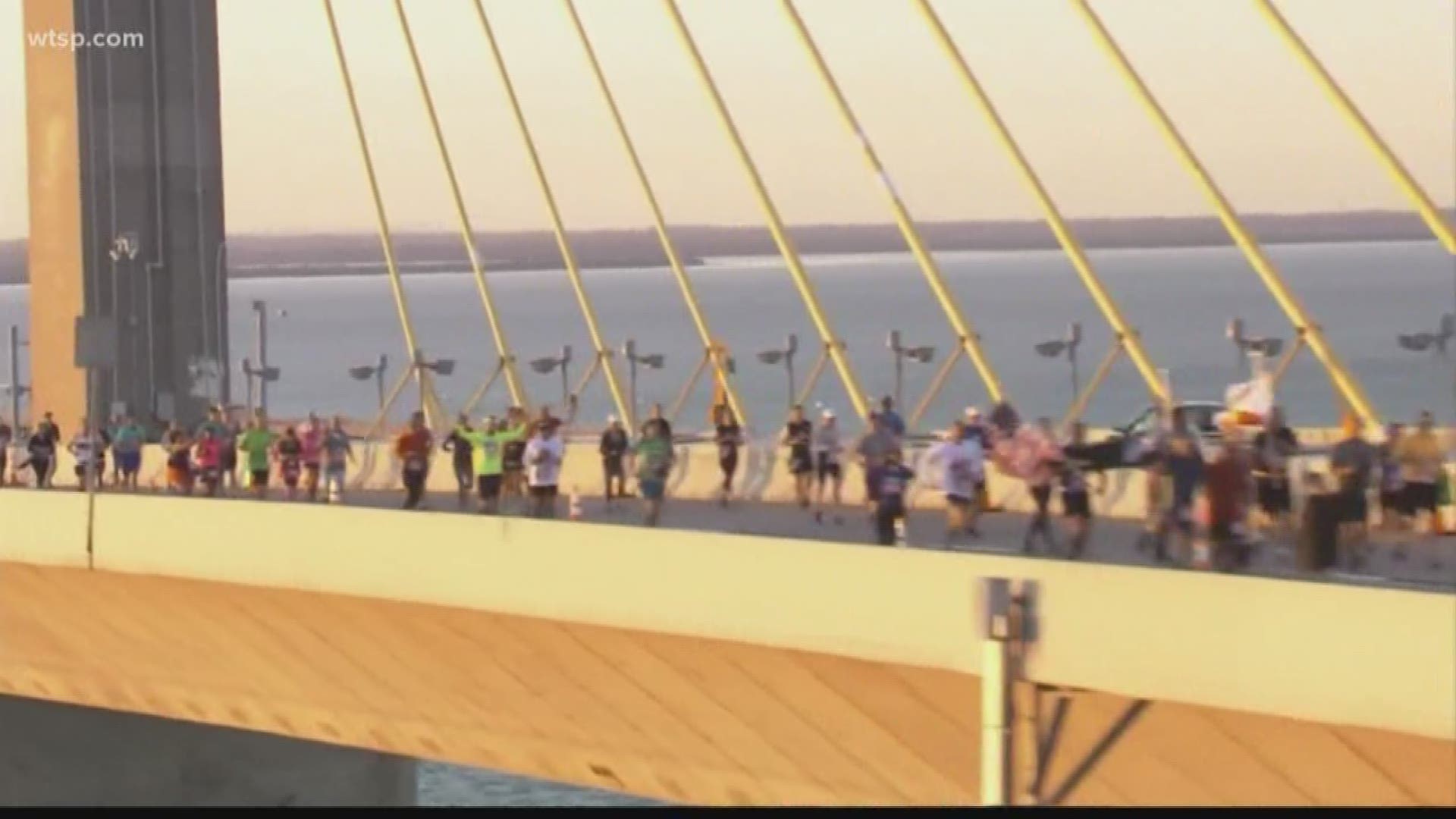 TAMPA, Fla. – Registration for this year's Skyway 10K opened at 1 p.m. Thursday and sold out within 20 minutes.

The second annual race is scheduled for March 3, 2019.

Some of the changes planned for 2019 include increasing the number of participants from 7,500 to 8,000. Organizers also plan to increase the number of waves to lessen congestion on the Sunshine Skyway Bridge.

The inaugural Sunshine Skyway 10K Bridge Run on March 4, 2018, raised $560,000 for the Armed Forces Families Foundation. It means 100 percent of the proceeds fund projects to support the families of servicemen and servicewomen.

March's inaugural 10K marked the first race across the bridge since it opened to traffic in April 1987.

People from 40 states, three countries and all five branches of the U.S. armed forces participated in the run.

Earlier this year, race officials announced the Skyway 10K would continue for at least the next five years.

Anyone interested in volunteering for or sponsoring the second annual Skyway 10K can email info@skyway10k.com.

Editor's Note: 10News WTSP is a sponsor of the Skyway 10K.