Other houses in the immediate area appeared to have been damaged by debris. 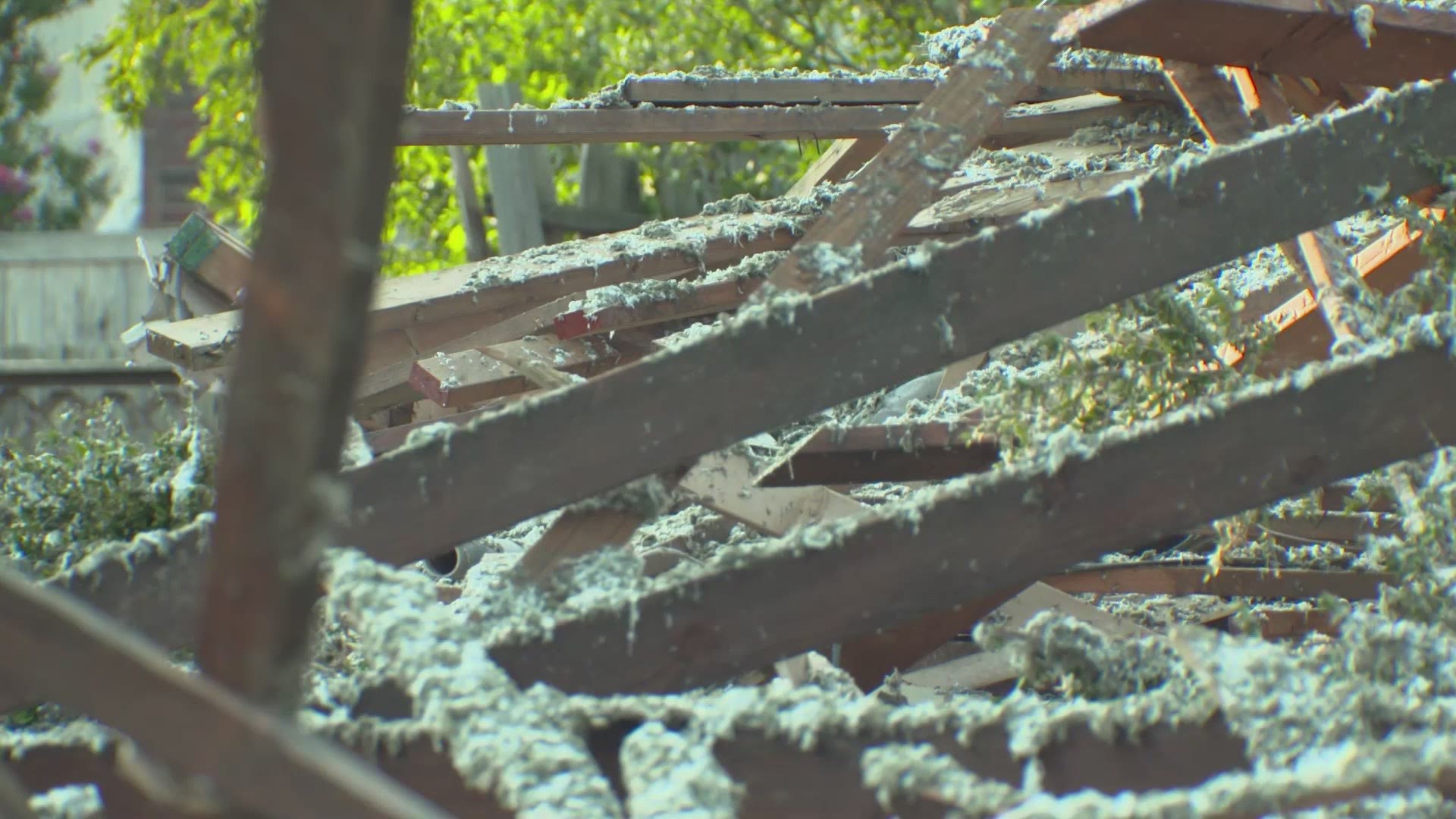 PLANO, Texas — Updated at 5:20 p.m. Tuesday with additional information about the cause of the explosion.

Six people, including three children, were hospitalized and a Plano home was completely leveled Monday after a likely gas leak caused an explosion, damaging several nearby homes as well, officials said.

It happened around 4:40 p.m. in the 4400 block of Cleveland Drive, according to Plano Fire Department officials. Fire officials said they shut off natural gas lines in the area. Atmos Energy and Oncor investigators were on the scene, as were members of the city's hazardous devices unit, though officials said that is standard protocol.

Plano Fire-Rescue investigators said Tuesday they believed the probable cause of the explosion that leveled the one-story home, injuring six, including three children, was an isolated gas leak within the home.

Though officials have not yet found the gas leak, they now say they believe the explosion may have been intentional. They say further investigation is needed, though those efforts will be hindered due to severe damage to the home.

The leak was isolated solely to the home where the explosion occurred, officials said, emphasizing that no other homes are in danger.

Plano fire officials said that one person was inside the home when the explosion happened. The other five people, two adults and three children, were residents of the home next door.

The home's resident and two neighboring adults were taken to the Medical City Plano, while the three children were taken to Children's Medical Center Plano.

Plano Fire Department Capt. Peggy Harrell told WFAA near the scene that some windows were knocked out on homes across the street from the explosion, and said some residents said they felt the explosion from a mile away, including staff at the Haggard Library.

Doorbell camera video from a neighbor directly across the street caught the moment the explosion happened.

One neighbor who lives two streets down from the explosion said he heard a "really aggressive lightning strike" followed by two big booms.

"After that explosion happened, my walls were vibrating, everything in the house was vibrating," he described. "It felt like my whole house had shifted over."

The roads surrounding the house were blocked off Monday, and electricity and gas was cut to the entire block, which officials said is also standard protocol.

Fire officials asked people to stay away from the scene.

Video from above the scene showed the lot where the home once stood covered with debris. Homes adjacent to the lot also appeared to have damage. The department is using drones to assess the damage.

In a statement, Plano Mayor John Muns called the explosion a "tragedy."

"We are keeping them and their families close to our hearts and hoping for a swift and full recovery. Plano Fire-Rescue is working diligently to determine the cause of the blast. We’re asking all of you to keep the victims in your prayers.”

The community has also launched an online crowdfunding campaign for the neighboring family who were injured in the blast, which can be accessed here.

Editor's note: This story has been updated to correct the name of Medical City Plano.

Download our free WFAA app to stay up-to-date on all news stories in the Dallas-Fort Worth area.