No one was hurt, but the shark left behind bite marks and two teeth. 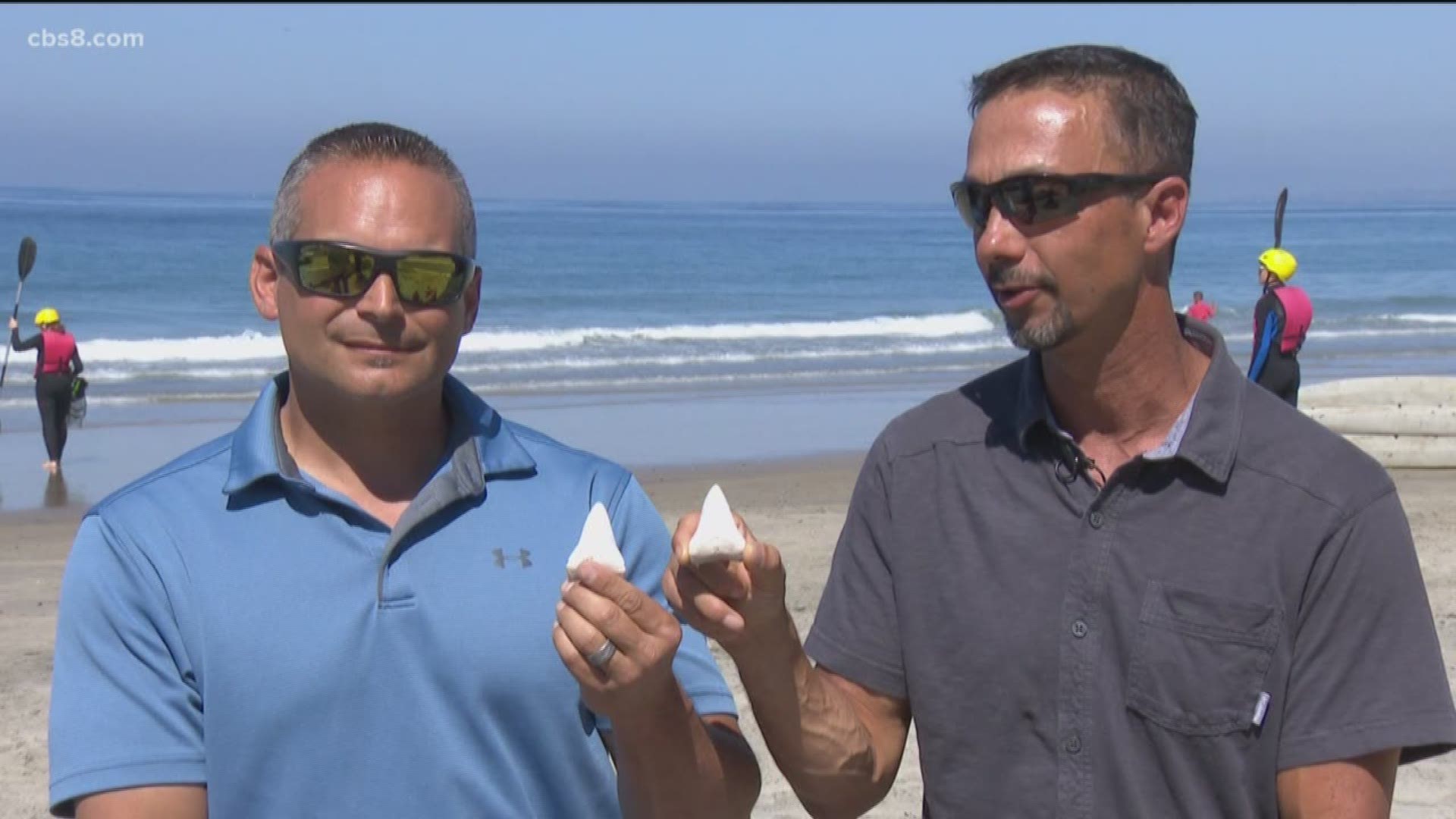 Two San Diego scuba divers encountered a great white shark over the weekend. While neither of the men were hurt, it’s quite a fish tale.

Jonathan Chambers and Danny McDaniel were on a scuba diving trip on Catalina Island when the two decided to take kayaks two and a half miles out to Ship Rock.

Suddenly, time slowed down for McDaniel, he said.

“I look back and see a giant shark head,” said McDaniel.

In what felt like the longest four or five seconds, McDaniel said his priority was not falling off the kayak.

“The shark looked like it was twice the size of the kayak,” said Chambers.

Believe it or not, this scary encounter did not scare the two divers away from the ocean. They went out diving later that day.