Sarasota's City Engineer says the city plans to build on top of the protective berm that the U.S. Army Corps is building. 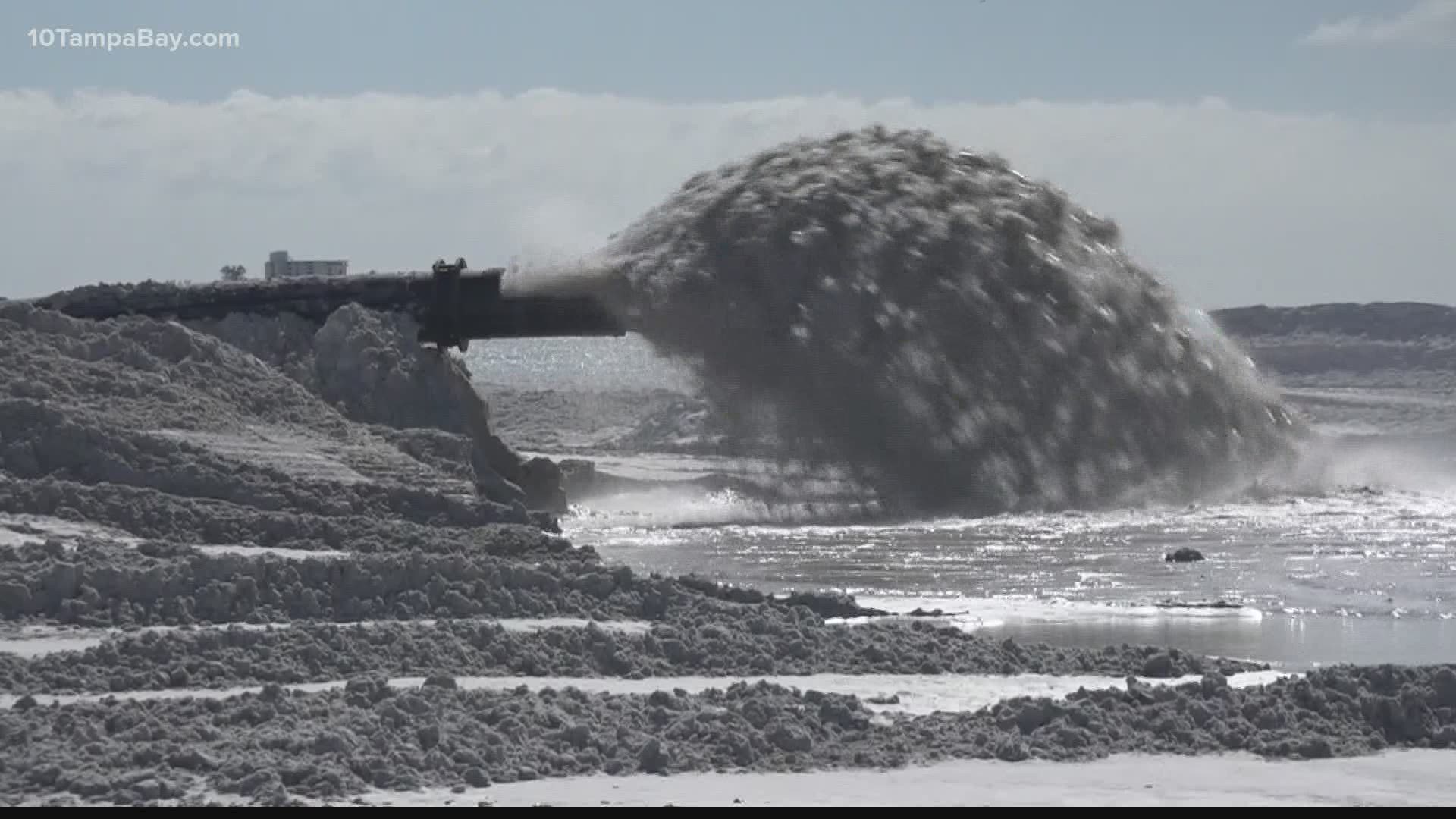 SARASOTA, Fla. — Editor's Note: This story has been updated with additional sourcing and links.

It may not be the prettiest sight to see during your visit to Lido Beach, but the city’s renourishment project is meant for coastal protection.

As the Sarasota Herald-Tribune reports, the Lido Key Hurricane and Storm Damage Reduction project is among the most significant Florida has considered. The undertaking would ultimately remove 710,000 cubic yards of sand from Big Pass and use it to renourish roughly 1.56 miles of Lido Beach, the newspaper explained.

Some businesses endured flooding during Tropical Storm Eta. It wasn’t as bad as it could have been because of the added sand. But the goal is for properties not to go through that again after the next phase of Lido’s Beach Renourishment project is complete.

Even after having to stop work because of Eta, the U.S. Army Corps of Engineers says it is still on target to finish the project on time. The crew should be off the beach by the end of the month or first week of December.

The Army Corps will then begin building a system of "groins," which the Herald says are intended to prevent erosion by keeping the sand in place.

A spokesperson says they’ll be offshore through December, assembling their equipment in order to start the groin work in January.

Sarasota’s City Engineer Alexandrea DavisShaw says one of the things they will be talking to people about is building on top of the protective berm that the Army Corps is building.

She says dune planting above the berm will provide a little bit more sand there, and then the plants will help to hold that sand in place if we have storms roll through.

“We’ll plant salt-tolerant plants there and the roots will get into the sand and it helps hold the sand there if there is wave action,” DavisShaw said.

She believes dune planting is very effective and something that property owners can do or help the city with when they start the work.

“It really helps hold the sand in place and it also provides another bit of elevation of the sand so that the waves have to be even higher before it will go over top,” DavisShaw said.

Before dune planting can start, the Army Corps of Engineers will need to replace the sand that was washed away at the south end of Lido Key during Eta.

RELATED: Iconic kissing statue in Sarasota will be moved to new location