“We are trying to push it out and get it in arms as quickly as we get it and then immediately pivot to the state and say...we need more," Henry said. 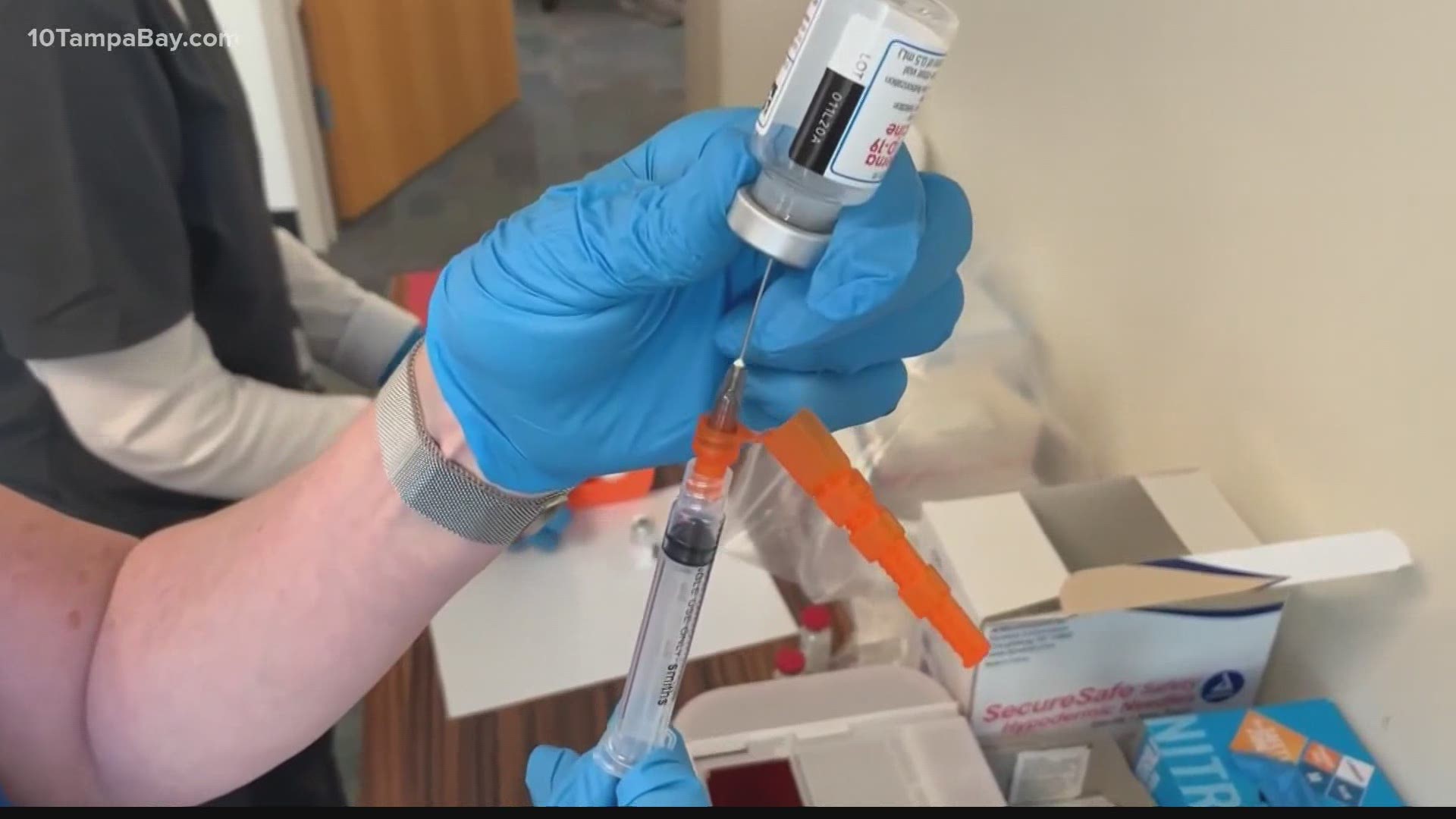 SARASOTA COUNTY, Fla. — After getting more supply from the state, the Department of Health in Sarasota County says it'll be vaccinating more people on Thursday and Friday.

"We'll be delivering those to our priority groups, of those people who are frontline healthcare workers and those who are 65 and above,” said Steve Huard, a spokesperson for DOH Sarasota.

Huard says there’s 3,300 doses of the COVID-19 vaccine up for grabs. But this week there’s some much-wanted changes taking place, after several complaints regarding fair access.

"We are in the very early stages of this process and when I have several thousand vaccines to offer and 150,000 people in the target group, it is like trying to get a ticket to the hot concert,” DOH Sarasota Health Officer Chuck Henry said. “It's very tough in any reservation system."

On Wednesday, the county launched a new vaccine registration site. Seniors can now register online on the county's website here. The county also launched a support call center. If you need assistance, call 941-861-VAXS or 941-861-8297.

The new system will basically let you virtually get in line for a shot.

For example, Henry says this is how it will work: "If we get 2,000 vaccines we'll take the top 2,000 off the list, send them out a reservation, say come get your vaccine and continue to roll through it that way,” Henry said.

Instead of getting picked through a lottery system like Manatee County is doing, it will be based off who signed up in what order.

Henry says they're also changing locations. Instead of giving shots at their main building on Ringling Blvd, they’ll set up a drive-thru site at Twin Lakes Park. Huard says those sites will be operating Thursday and Friday of this week.

"It is my hope that once more vaccine is available that we can operate not only the big central site but then have vaccine that I can go do, as we did with testing, these pop-up events geographically,” Henry said.