They plan to create a new appointment system and open a drive-thru site. 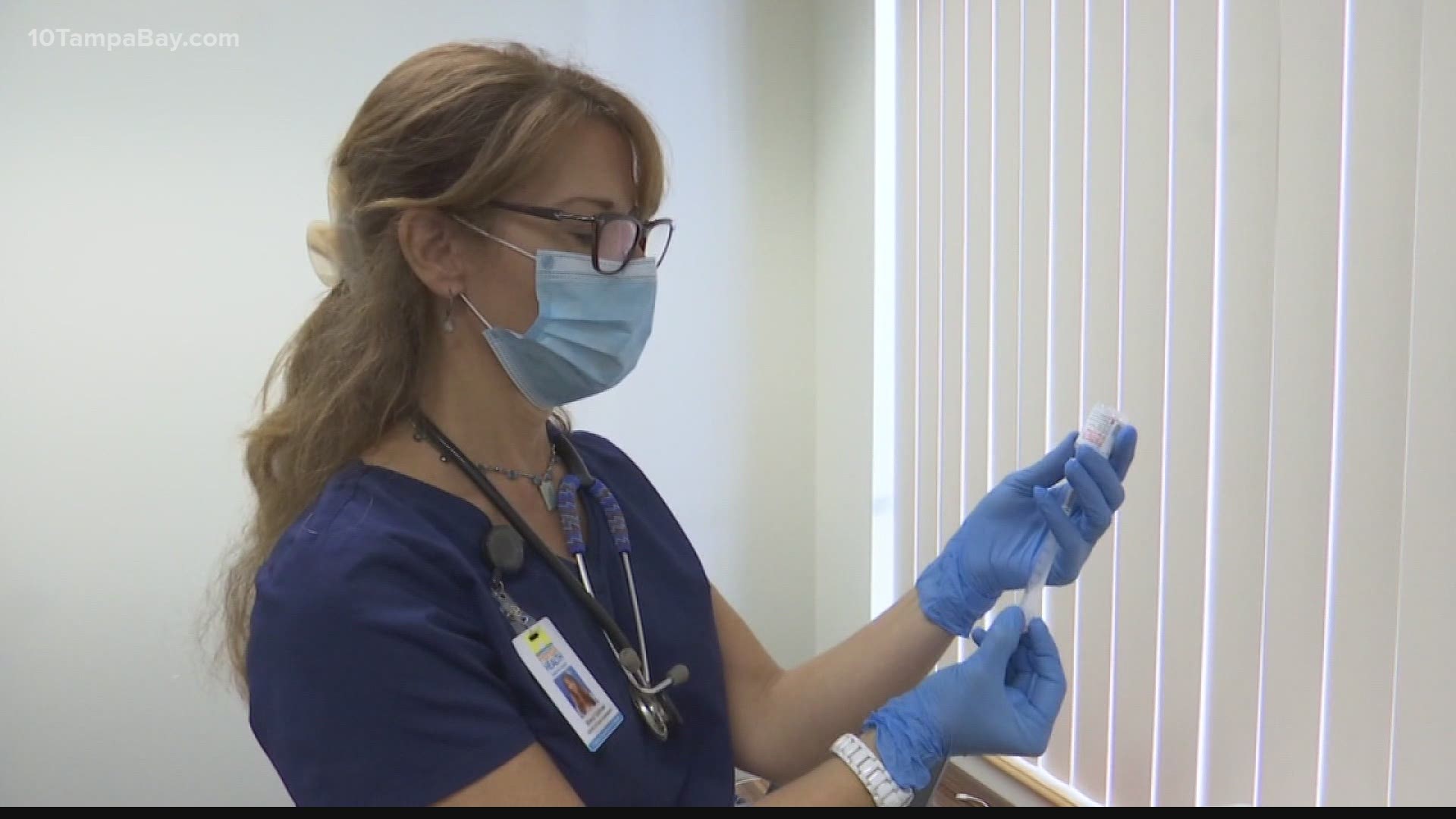 SARASOTA COUNTY, Fla. — The Sarasota County Department of Health is trying to get more vaccines into the arms of seniors.

Sarasota Health Officer Chuck Henry says the county has administered almost 18,000 doses, which is almost everything they've gotten from the state.

"Our directive was to get shots out as quickly as we can and get them into people’s arms and not sit on the vaccines,” Henry said.

“It was something we could use at no cost to us, right away, to schedule people and get the vaccine out immediately,” Henry said.

The DOH quickly learned this system wasn't very user friendly, especially for seniors. Henry says they’re working on ways to get the vaccine out faster and more efficiently. To start, he says they need a new appointment system.

"The new system, the things we are looking for is a reservation system that folks can get into either by phone or through the computer and register,” Henry said. “Sort of get in line electronically and know that they are in line and then as vaccines come in, we can pull it from the top, first in first out."

He hopes to launch this new system at the end of this week or the beginning of next. And Henry says they're looking at additional locations to distribute the shots. Right now, their administering vaccines as a walk-up site at the health department on Ringling Blvd.

"As we move to a drive-thru site we are going to try and pick a place that is near the interstate so there is easier access for North and South,” Henry said.

"As of yesterday morning there were 21,626 total cumulative cases of COVID-19 in Sarasota County,” Henry said. “Of important note 1,720 of those occurred in the last seven days. That's a little bit alarming to me."

When it comes to Sarasota's daily case average, he says we're seeing 224 new cases a day compared to September when the county was seeing 34 cases a day.

"I'm certainly not here ringing the alarm saying you know panic, but I want to be realistic and make sure the community knows it is really, really important that as individuals we continue to do those things that have kept us safe,” Henry said.

He’s talking about social distancing, washing our hands, staying home if we are sick and wearing a mask.

Henry hopes that once more doses are available, the county can also operate more than one vaccine site at a time. His goal is to have pop-up events that target communities geographically.