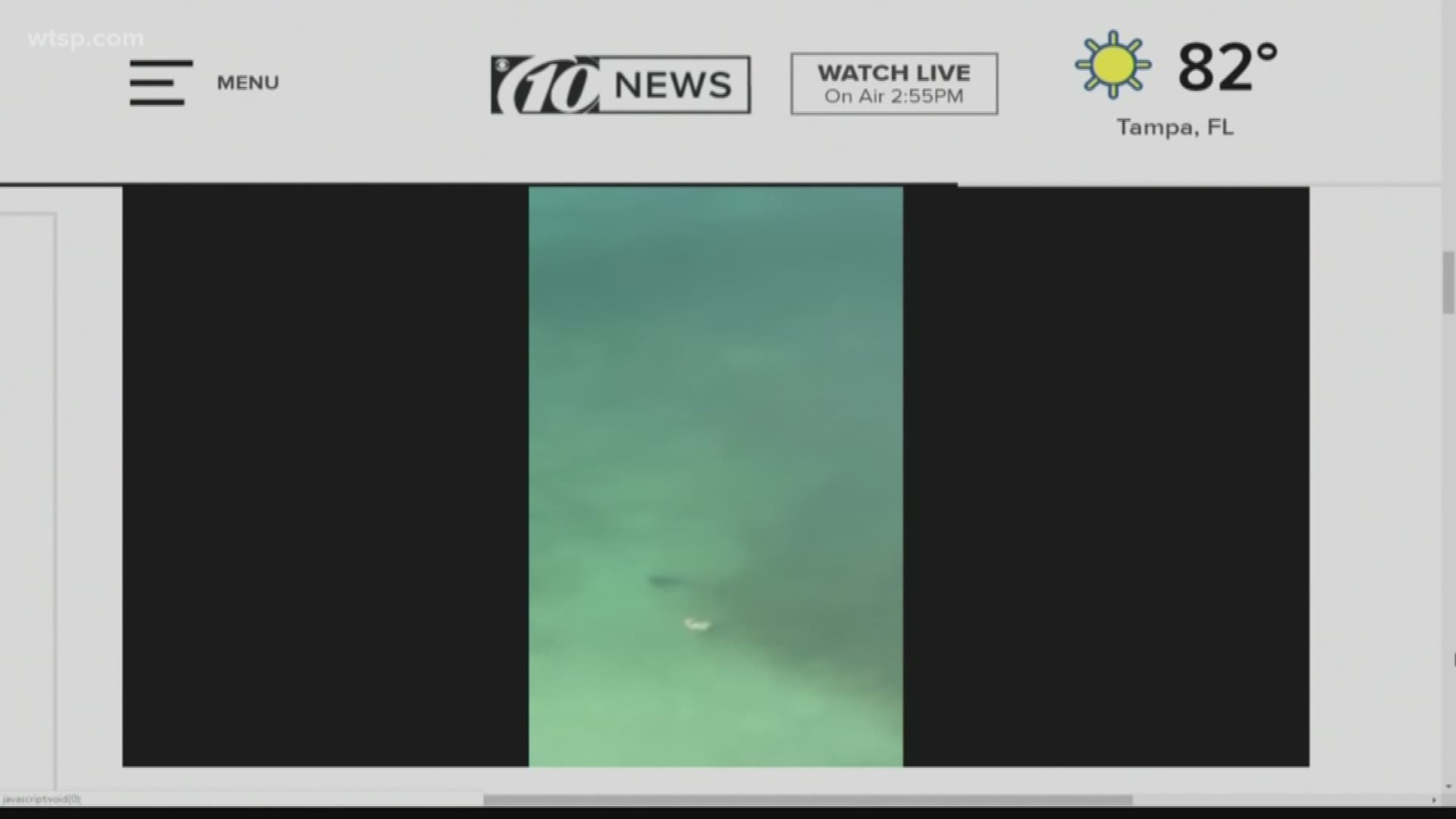 PANAMA CITY BEACH, Fla. — A frightening video that has gone viral captures the scary moment a shark circled an oblivious swimmer at Panama City Beach, inching closer and closer to her.

A bystander named Stan Battles filmed the video from the balcony of the 28th floor Wednesday morning at Tidewater Resort, the Panama City News Herald reports.

"I just didn't want the girl to get hurt," he told the newspaper.

He also said he had been watching the shark for a while and began filming after he said the woman swam right over it.

In the video, you can see the woman blissfully swimming through the water, oblivious to the dark spot which later turned out to be a shark nearby.

The shark circles around in the video before turning to go towards the swimmer once again.

Thankfully, other beachgoers noticed the shark and called for the swimmer to come back to the beach. In the video, people can be heard screaming "SHARK" and "get out!" from the shoreline.

The swimmer finally noticed the people calling for her and is seen swimming back to shore. Battles rushed down to show her the video once she was safely ashore, VT.com reports.

Battles said she never saw the shark, and he told the news herald that she added, "I think I'm done with the ocean."

Being relieved that no one got hurt, Battles uploaded the telling video to Facebook. It has since been shared more than 38,000 times.