No staff or students were injured when the officer leaned against a wall. 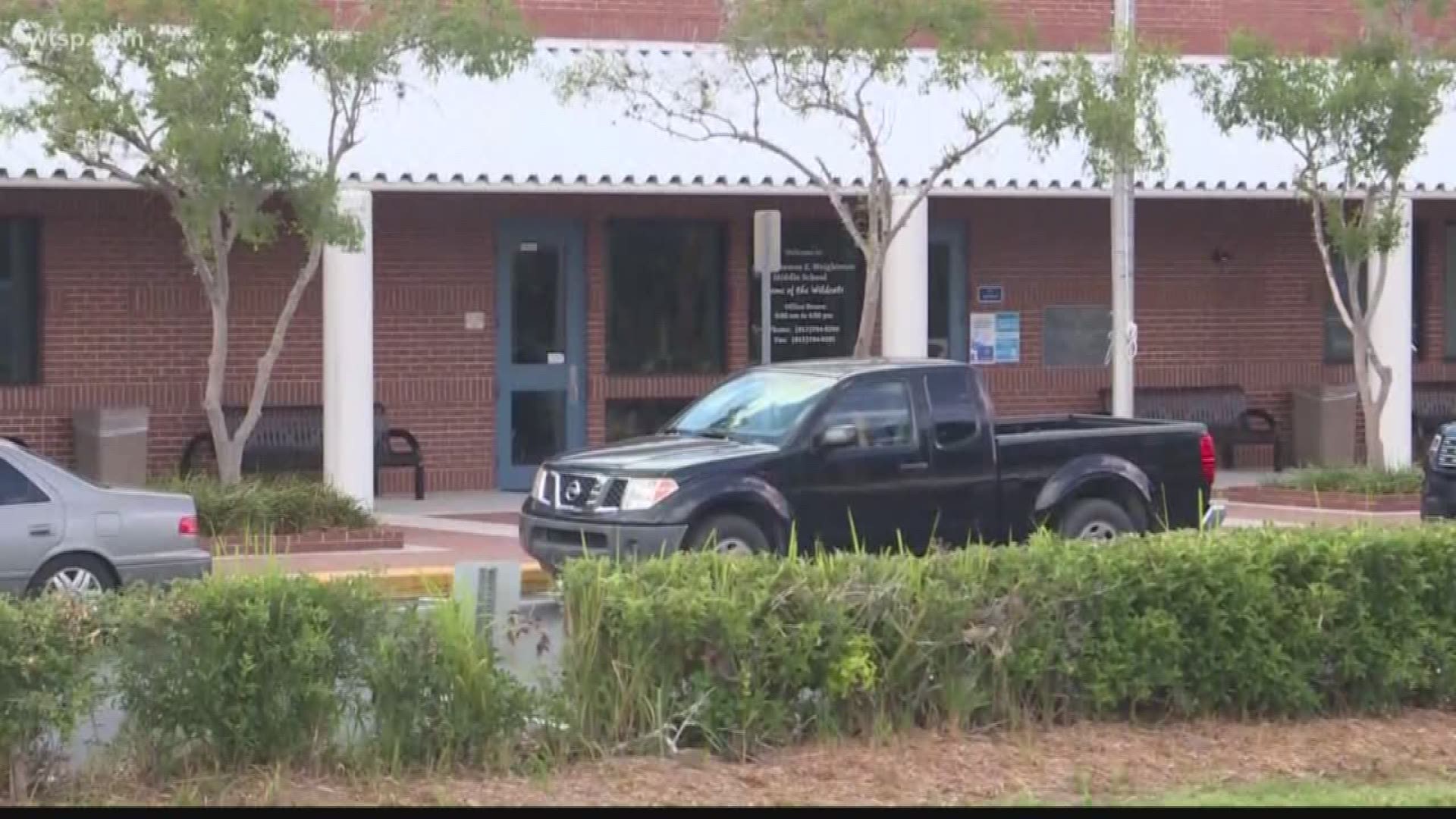 A Pasco County school resource officer leaned against a wall, causing his holstered gun to accidentally discharge into the cafeteria wall behind him at Weightman Middle School, according to law enforcement.

It happened Tuesday afternoon. The resource officer was not hurt, nor were any students or staff members.

Pasco County Sheriff's Lt. Troy Fergueson said the officer was leaning up against a wall near the lunch line when his Sig Sauer 9mm went off. The weapon was holstered when it went off.

The round hit the floor and went into the brick wall behind him.

Authorities since placed the SRO on paid administrative leave, pending the outcoming of an investigation, the sheriff's office said late Tuesday afternoon.

The SRO was wearing a bodycam, but it was not turned on, Fergueson said. Investigators will look for surveillance video.

The SRO has been with the school for several years. He was "disraught" about the situation and was reassigned as a matter of routine during the investigation, Fergueson said.

"The Pasco County Sheriff's Office cares very deeply about our community's children," Fergueson said, "and we are very careful about who we select to be a school resource officer, and this is an unfortunate circumstance, but you can guarantee the sheriff's office will act with a sense of urgency about this situation, we will be thorough with detail and transparent with the outcome of the investigation."