Sex worker advocate says shut down of Backpage.com is 'devastating'

Many people are applauding the move to shut down backpage.com but an advocate for sex workers in Sacramento, who is also a human trafficking survivor, says this move is hurting more than it's helping. 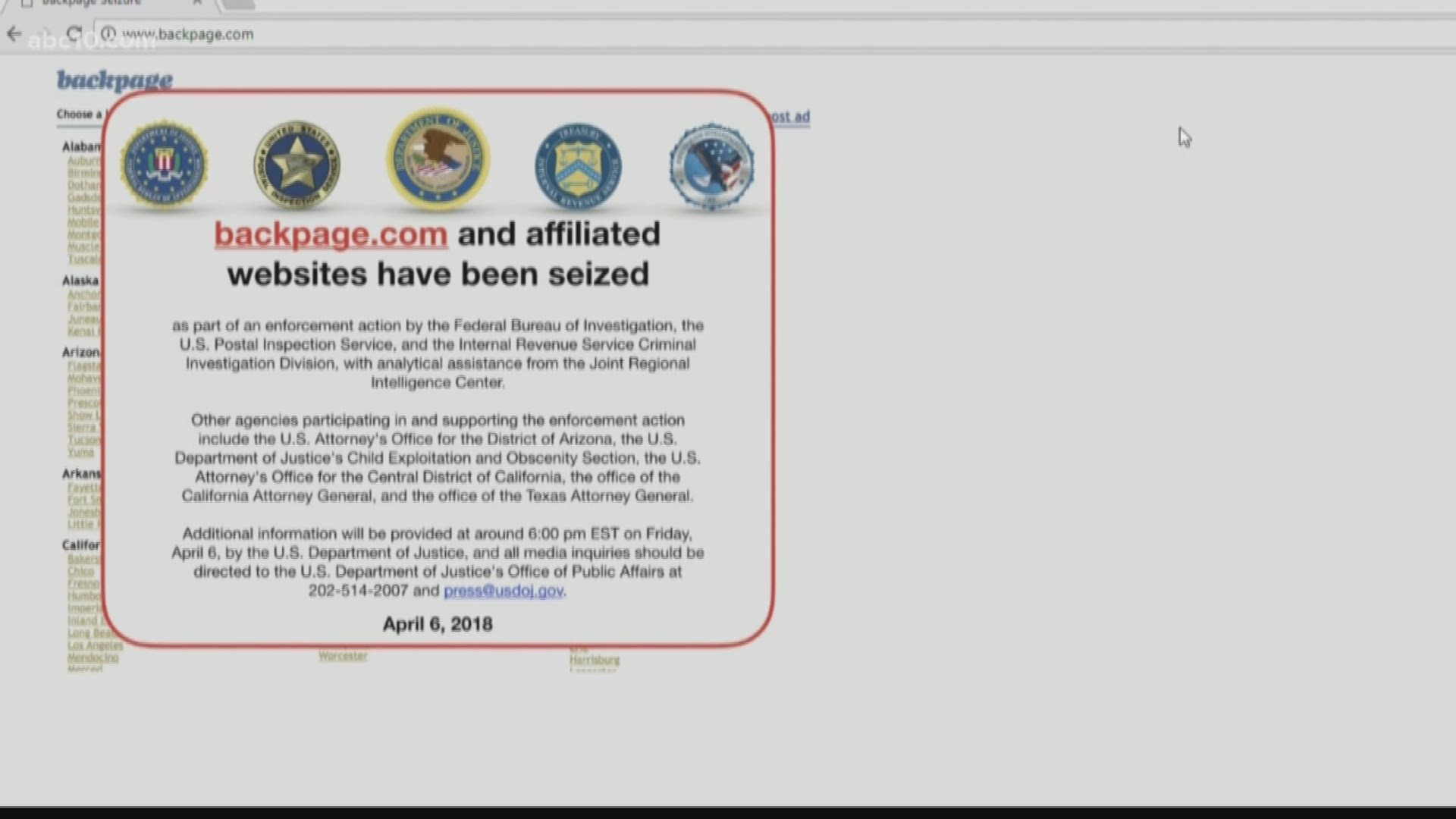 Sacramento, Calif. — Federal investigators seized Backpage.com Friday after raiding the co-founder's home in Arizona. The website is completely offline now and many are applauding the move but some say it's hurting more than helping.

“Our community has been attacked, decade after decade after decade, week after week. This is a job that many of the people that work in this industry need desperately. They need it to feed their children, keep a roof over their head and stay alive," said Kristen DiAngelo, the Executive Director for the Sex Workers Outreach Project in Sacramento.

DiAngelo has strong feelings for the shut down and seizure of backpage.com.

"For my community and for those people that we do outreach to and serve it's devastating," she added.

She believes the shutdown will force many women in the sex trade to the street corner.

"We are seeing our world being turned upside down while everyone is applauding this as a good move and it's not. It's just not," she said.

Ashlie Bryant, the Co-Founder and CEO of 3Strands Global Foundation applauds the shut down of the website.

"Today is a historic day it's a great day. Any time someone is facilitating the selling of vulnerable youth or children and that's shut down, then that was a really good day," Bryant said.

Her foundation has been fighting to end human trafficking for many years.

"By taking this down we are slowing the flow of cash and our law enforcement is holding accountable those who are taking advantage of those who are vulnerable," Bryant said.

She said a number of the survivors they work with were once found on backpage.com.

"It's one of those places where law enforcement can see the writing on the wall of we've got a lot of traffickers here that are exploiting people end we need to be able to no longer have that," Bryant added.

DiAngelo does not believe shutting down backpage.com will help stop human trafficking. She sees the shut down as an attack on the sex worker industry.

"When the age of the internet came up it really gave rise to the independent sex worker. Us women, who were sex workers could all of sudden post for our self and take control of our lives and we didn't have to put up with that and it's gone. It's gone," she said.