A Jacksonville couple was in Orlando to celebrate a birthday and was shocked when they found a snake in their hotel room. 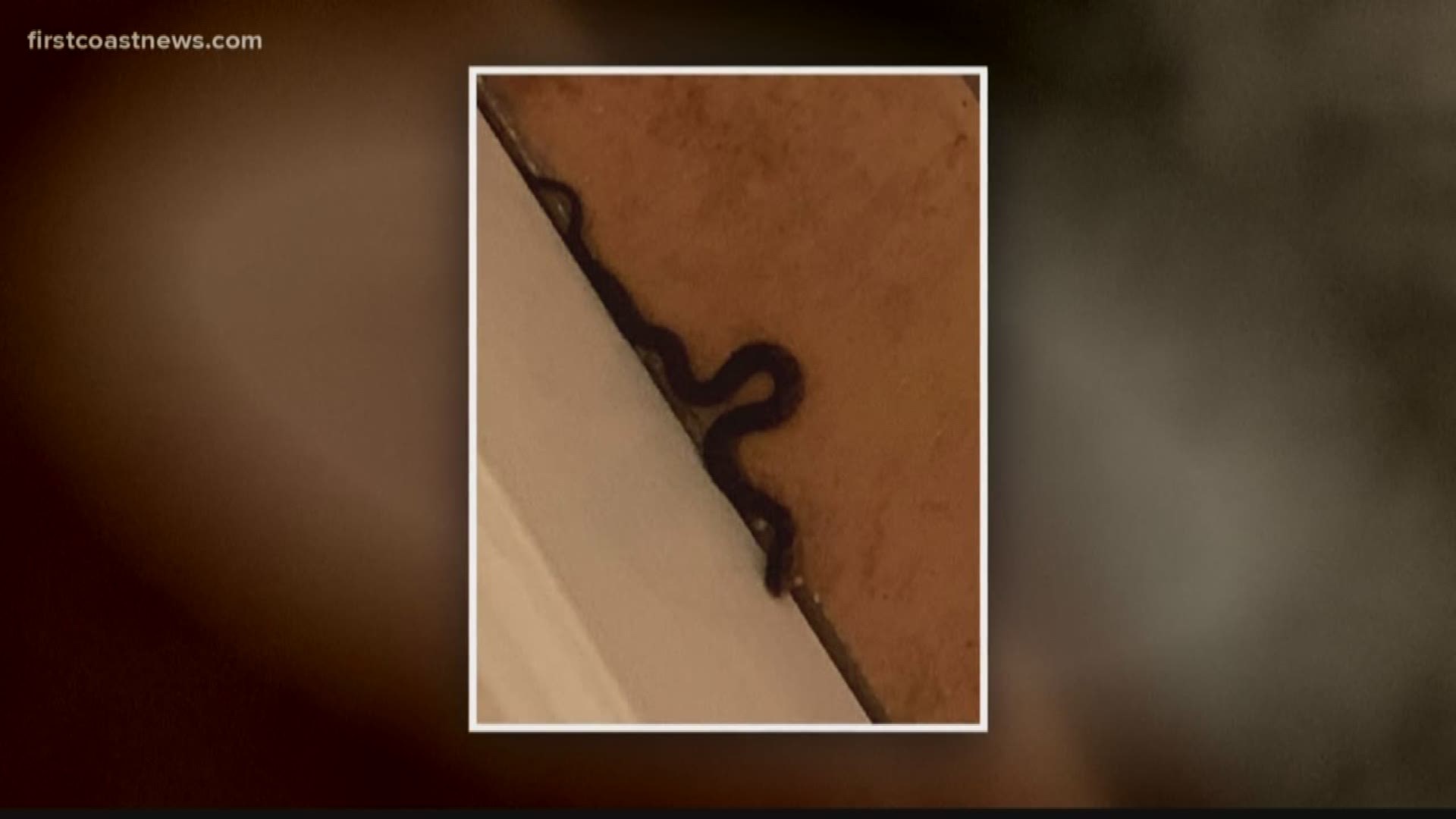 JACKSONVILLE, Fla — While there are many people who like snakes, there are some who can't stand being around the reptiles.

Over the weekend, Paschal and her fiancée Martez Brown were in Orlando to celebrate her birthday and came face-to-face with what she fears, a snake.

"I thought I was going to Orlando to have some fun," she said.

The couple was guests at the Sheraton Vistana Resort on International Drive. They were in building 11, room 105.

Their celebration would abruptly end after they woke up to a snake in their hotel room.

"We saw a snake by the hotel door," Paschal said. "I was able to get out and my fiancée was in there trying to deal with the snake."

When you're terrified of snakes, the last place you want to find one is in your hotel room

"He was inside the hotel room with us," she said.

Her fiancée snapped a picture on his cell phone and the snake got away unharmed.

Apparently, the snake was in the room all night.

"Didn't know," Paschal said. "I did not see it until it was time for us to leave to go meet with my sister. I was terrified."

They went to the front desk and became quickly disappointed by the staff's response.

"They did not take it seriously," Brown said.

"It took 10 minutes of laughter of them telling me to go back in the room to sleep with the snake," Paschal said.

But that did not bring them any consolation.

"It didn't matter to me because I am scared of snakes," she said. :I don't care if it was a red snake, I am going to run regardless.

The Sheraton Vistana Resort on I-Drive moved them to a different room which was free of snakes.

On Your Side reached out to the resort for comment and was told to call back Tuesday. Edward Kinney, a spokesman for the hotel said they took the guests' concerns seriously. "We acted immediately," he said. "They were moved immediately."

Kinney said the guest did not stay in the room overnight and were only there for a few hours. "We are conscious of any guest's experience," he said, adding, "wildlife in Florida is very common."

As for the couple, after this weekend they do not plan to check-in at this Sheraton resort anytime soon.