Acting Homeland Security Secretary Kevin McAleenan announced the new strategy to stem an influx of illegal immigration when he visited the U.S.-Mexico border this week. 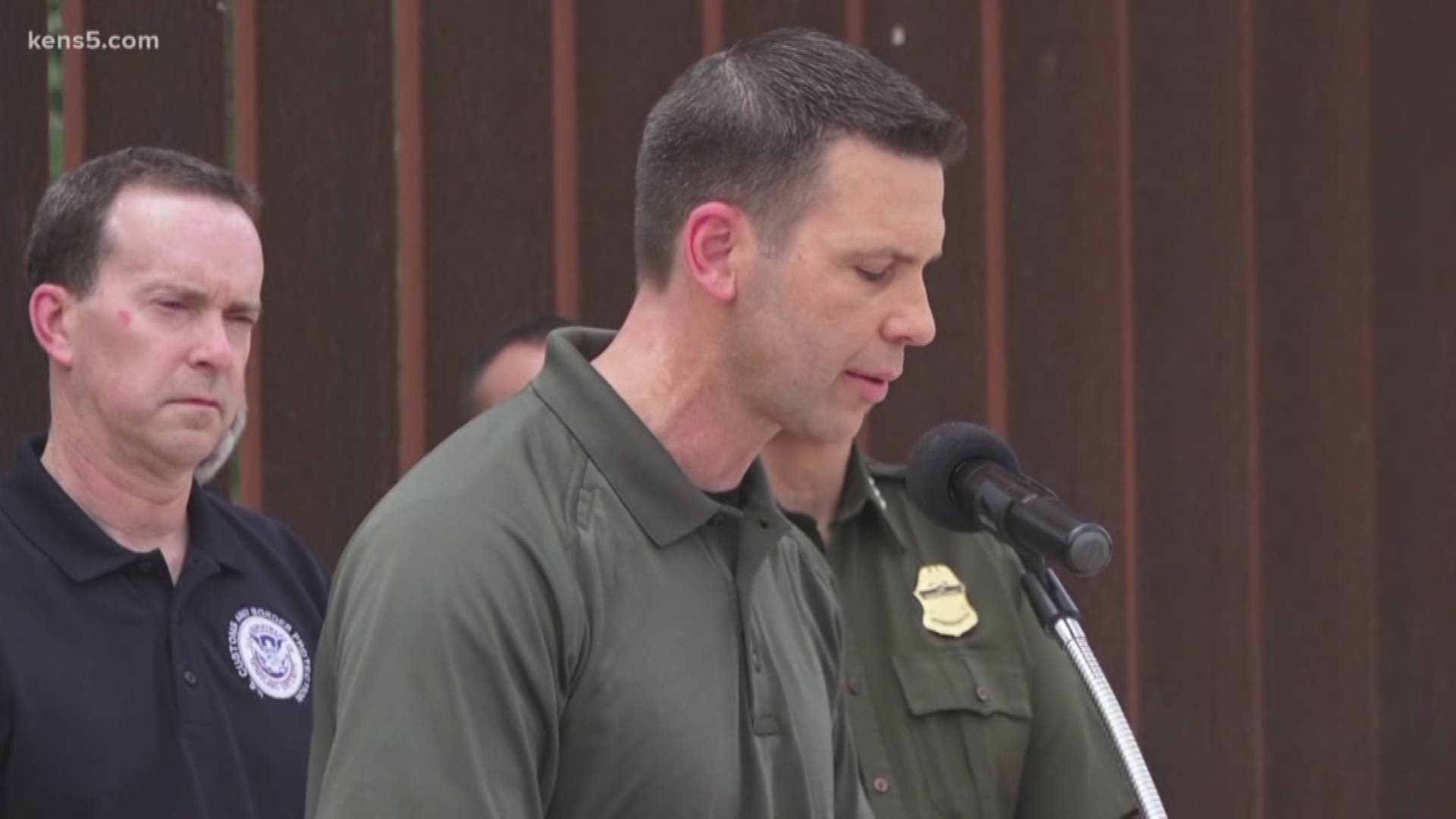 HIDALGO, Texas — Acting Secretary for the Department of Homeland Security Kevin McAleenan announced a new series of measures to help mitigate what he called an ongoing crisis at the border.

Addressing the media for the first time in his new role, McAleenan spent the last two days meeting with local leaders in the Texas Rio Grande Valley – including law enforcement personnel, local mayors and Catholic Charities – for an update on the humanitarian and security situation on the border.

“The system is full and we’re beyond capacity,” McAleenan said. “The facilities, the resources and the legal authorities we have are not able to address the challenges we’re seeing.”

McAleenan took recommendations issued in a Tuesday report by the Homeland Security Advisory Council, including the opening of temporary processing centers to help with the overcrowding at U.S. Customs and Border Protection facilities. In recent weeks, communities along the border and elsewhere in South Texas, including San Antonio, have played a role in helping to accommodate migrants.

“If you look at every Border Patrol station that’s out here, we’re at over-capacity,” said Rodolfo Karisch, chief of the Border Patrol RGV Sector. “So we do need some shelters here to help us house the people that we have in custody.”

The government is currently working to build a “soft-sided” temporary holding facility in Donna, Texas, at the end of April. A similar tent structure was built in the same location in late 2016. The project is estimated to cost $37 million to keep it open through the end of the year.

This does not mean migrant families will be held indefinitely. The Flores court settlement currently mandates the release of a migrant minor within 20 days. To avoid family separation, the parent is released along with the child.

That is the most urgent change Congress needs to make, McAleenan said.

“The increase in family units is a direct response to the vulnerabilities in our legal framework where migrants and smugglers know that they will be released and allowed to stay in the U.S. indefinitely pending immigration proceedings that can be years out,” he said.

The acting secretary also noted that additional temporary shelters and other resources such as medical staff and supplies require emergency funding by Congress.

Tuesday’s migrant apprehensions by Border Patrol broke another record, with 4,800 people detained in a single day for having crossed the border illegally. More are expected to come in the summer months.