'It stretches the scientific imagination': Doctors dispel claims that migrants are contributing to the spread of COVID-19

“We do not believe that this is a pandemic of the migrants.” 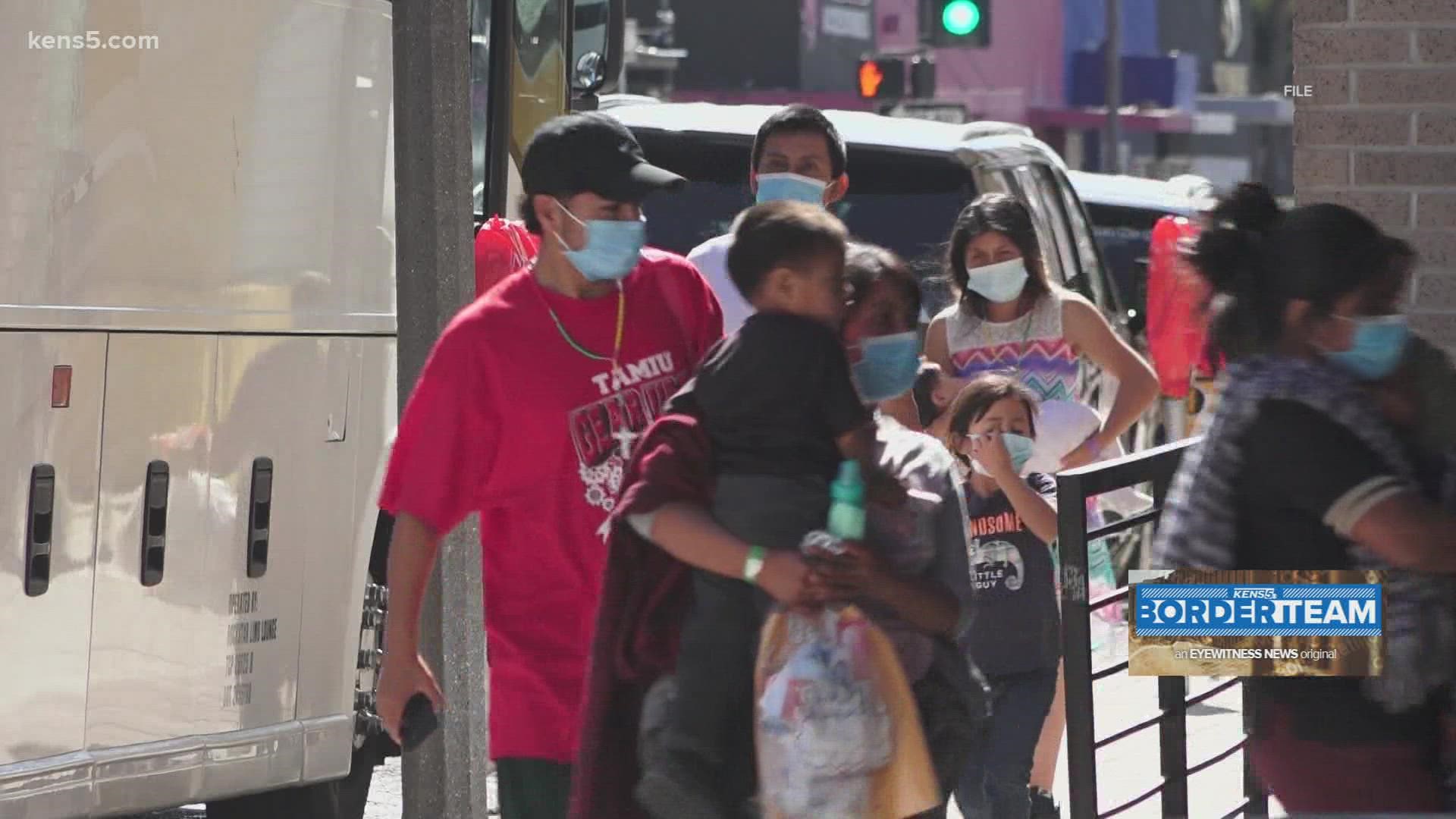 MCALLEN, Texas — COVID-19 infections continue to be on the rise is the United States, and so is the number of migrants coming across the border in south Texas.

Some people have linked the two, blaming COVID-positive migrants for spreading the disease. That’s just not true, according to doctors treating for the coronavirus while monitoring the local and national response to the pandemic.

The City of McAllen is the first stop for some who cross the Texas-Mexico border in that area. Most, according to the U.S. Border Patrol, are expelled. Families allowed to stay are released from federal custody into the hands of Catholic Charities, a local nonprofit which has been accepting migrants from the feds, taking care of them and sending them to their next destination for years.

These days, when they're dropped off, migrants are tested for COVID first, according to the McAllen City officials now involved in quarantining migrants in the Rio Grande Valley.

According to the City of McAllen Emergency Management Report dated July 16, 2021, American Medical Response (AMR) has billed the city for testing and will be paid through pre-funded arrangements with the Department of Homeland Security.

In addition to working on what is considered “regular” city business, like bids and local contracts, the City of McAllen is now tracking immigration too—a federal responsibility, as Mayor Javier Villalobos described it to KENS5 last week.

On Monday, McAllen Assistant City Manager Jeff Johnston presented a report on immigration and Catholic Charities to the city commission.

“This last week we hit another all-time high of 11,026 dropoffs for an average of about 1,575 per day,” he said in a meeting that was posted on the city’s YouTube channel. “We have never seen numbers that high. The average COVID positive daily rate also went up from about 11.7% two weeks ago, to about 14.8% this last week.”

Anzalduas Park in Hidalgo County, where McAllen is located, is now a temporary quarantine ward, hovering around 1,000 migrants. However, they're not all COVID-positive, according to Johnston, because families can choose to stay together.

Miles away from Anzalduas Park, local hospitals are filling up with coronavirus patients.

“Even before our numbers started shooting up four weeks ago, we already had the migrant problem,” Melendez told KENS5. “We've been varying anywhere between in the last, say, 10 days, between 14 to 18% (positivity rate). And our hospital beds, which is I think more important, are now are up to almost 40% of people that are lying in a hospital bed have COVID.”

According to Catholic Charities, of the 4,123 migrants who arrived at Anzalduas Park between August 6 and August 8, 688 were COVID-19-positive.

That amounts to a 16.7% positivity rate.

Here’s how the numbers break down day by day, according to Catholic Charities.

Of the 96,308 migrants who’ve been released to Catholic Charities so far after being tested, nonprofit officials say 8,559 tested positive, amounting to a 8.9% positivity rate.

“This is not a population that has a higher positivity rate than the local population,” Melendez said. “There's very little intermingling with our local population as they move forward north. We cannot deny that the migrants are part of the problem, because they're part of our community and that they do contribute. But do they contribute more than unvaccinated people? Absolutely not.”

Migrants who make their way into the United States through Brownsville are tested by the city. Local nonprofit Team Brownsville helps them with supplies at the bus stop where buses take off across the country.

According to the city’s spokesperson, Brownsville started testing migrants on Jan. 27, 2021. As of Tuesday, 13,443 migrants have been tested, with 1,249 testing positive. The city says a pop-up vaccination clinic is also available on site.

“It stretches the scientific imagination to think that that is what's driving the pandemic across Texas and across these other states,” said Dr. Joseph McCormick, a physician and former epidemiologist with the Centers for Disease Control and Prevention who is now a professor of epidemiology at the UT Health Science Center Houston School of Public Health in Brownsville.

“We have 333 million people in the United States. There just aren't enough people coming across to say, ‘Oh, they're the ones who are spreading this virus'; t's dwarfed by the size of the population," McCormick added. "Given the penetration, how widely spread the virus has become in the United States, even into rural areas, you would be hard-pressed to find enough immigrants going to those areas to spread the pandemic. It just doesn't make any sense. I would just say that the authorities need to pay attention to the science."