Amber Guyger missed several cues that she was walking into the wrong apartment before she shot and killed 26-year-old Botham Jean. 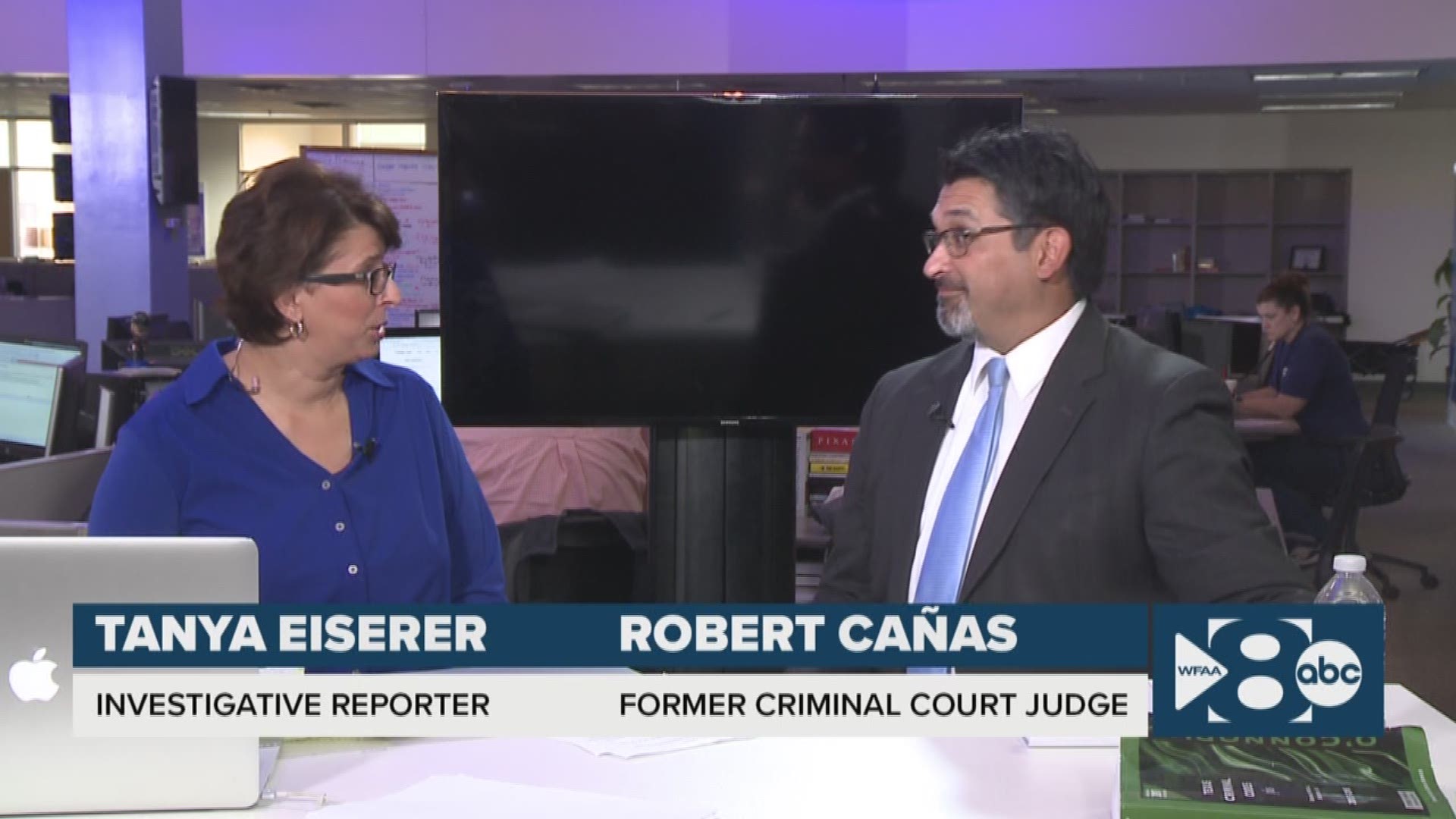 Amber Guyger missed numerous cues that should’ve told her she was walking toward and into the wrong apartment, prosecutors said during the first day of the murder trial for the former Dallas police officer who killed Botham Jean.

Guyger was still in uniform but off duty when she mistakenly went into the wrong apartment and shot and killed Jean. She told investigators she believed he was an intruder in her home.

Ultimately, she was only able to get into Jean's apartment because the door was defective and hadn’t closed properly, prosecutors said.

Jean was on the couch watching TV and eating ice cream when Guyger walked in, prosecutor Jason Hermus said.

She shot twice, striking Jean once in the chest. The bullet ripped downward through his body, Hermus said.

Jean, 26, was pronounced dead at the hospital.

That trajectory, the prosecutor said, will be important when jurors analyze whether Guyger’s actions were justified.

But defense attorney Robert Rogers said that portrayal isn't accurate. He said Jean was walking toward Guyger when she pulled the trigger.

"He starts approaching her and she reacts as any police officer would," Rogers said.

The jury of eight women and four men will have to decide whether Guyger reasonably believed she was in her own apartment and shot Jean in self-defense.

Guyger parked on the fourth floor instead of the third floor on the night of Sept. 6, 2018, at the South Side Flats apartments. She backed into a parking spot and would’ve seen the sky through an open-air walkway into the apartment building, Hermus said.

She walked along two long hallways past 16 different apartments. She stopped in front of the apartment she believed was her own but failed to notice the bright red doormat under her feet. Her apartment, exactly one floor below, didn’t have a doormat, Hermus said.

Jean smoked marijuana as a form of treatment for his ADHD, his sister testified Monday.

Activists and community members were outraged when news organizations reported marijuana had been found inside Jean’s home — a fact that was learned when search records were released around the same time Jean was buried.

But Hermus said Monday morning before jurors had filed into the courtroom that he intended to bring up the issue to point out that Guyger failed to notice the different smell in the apartment and to prevent defense attorneys from using it to victim shame Jean.

Guyger had worked more than 13 hours the day of the shooting, which was a Thursday. She had already worked 40 hours for the week and asked to have Friday off.

She called her partner while she was leaving work after 9:30 p.m. They had previously been in an intimate relationship and had been exchanging sexually-explicit messages throughout the day, according to court testimony.

They were on the phone for more than 16 minutes while she drove home.

The next call she made was 3 minutes and 44 seconds later to 911 to report she had shot a man.

And while she was on the call with 911, she was also texting her partner, Martin Rivera.

Prosecutors alleged Guyger wasn't as tired as she claimed from her 13-hour day. Hermus said the text messages throughout the day showed she planned to meet Rivera that night.

But defense attorneys said Guyger and Rivera weren't meeting that night and their relationship had no bearing on the shooting.

Rivera testified that he didn't remember what he and Guyger talked about on the phone, and he said they weren't planning to meet that night.

He also said the intimate aspect of their relationship ended in 2017 but changed his story after Hermus showed him text messages in February 2018 that seemed to indicate they were still sexually involved.

Both Rivera and Guyger deleted their text messages to each other after the shooting. Rivera said it wasn't because he was trying to hide anything.

Hermus said Guyger was more concerned with texting her partner than with trying to help Jean.

“She should’ve been giving 100 percent of her attention to that man,” the prosecutor said.

Testimony will continue at 8:30 a.m. Tuesday.

RELATED: How to watch the Amber Guyger murder trial