Researchers will use ground-penetrating radar to search the FrankCrum site for the next three days. 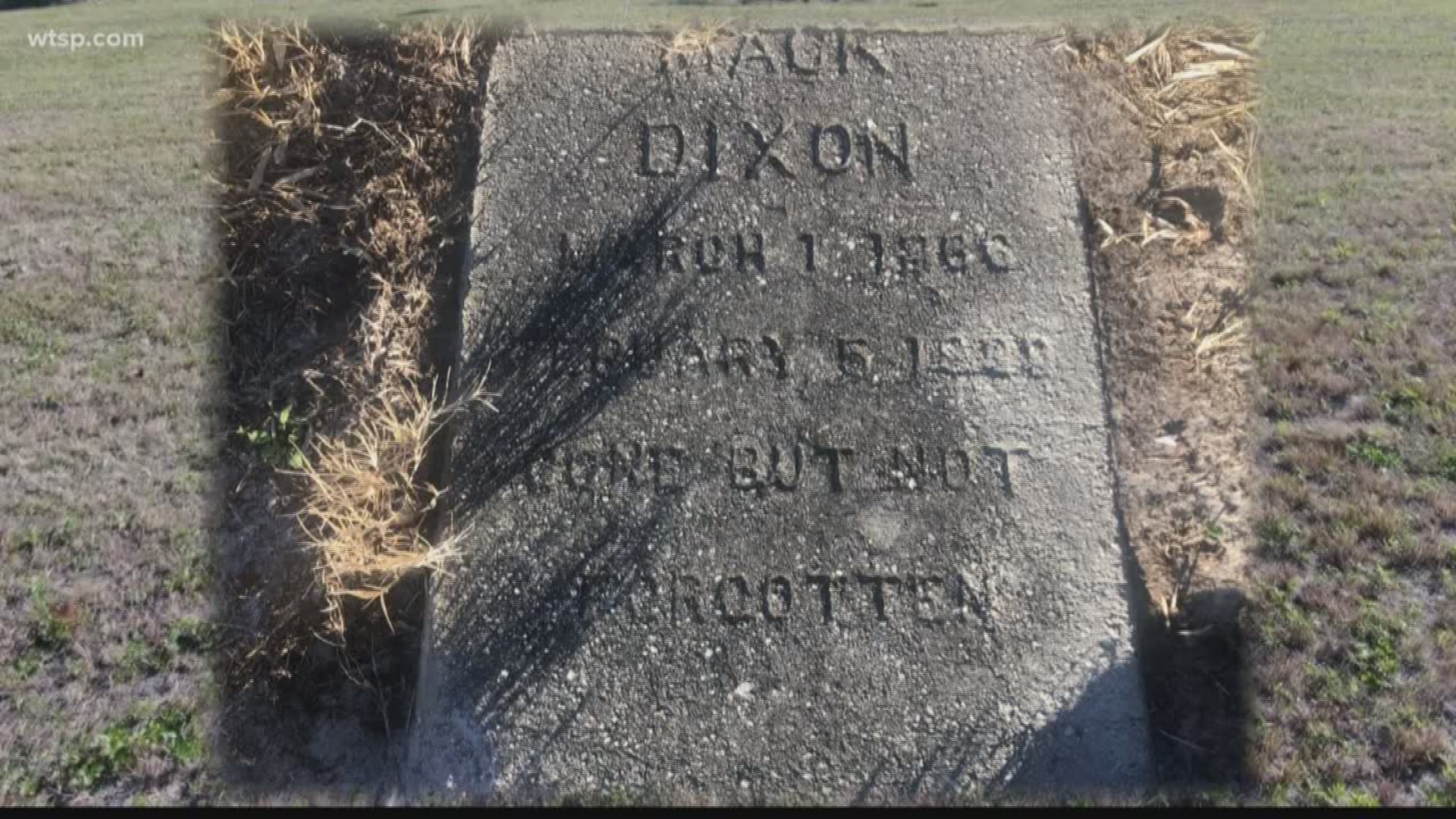 CLEARWATER, Fla. — Archaeologists with the University of South Florida began scanning a Clearwater business along Missouri Avenue on Tuesday for graves from an old African American cemetery.

The Clearwater Heights Reunion Committee sparked the search after members began asking questions amongst themselves about what happened to an old African American graveyard they believe still sits on property at the FrankCrum staffing firm.

“The Heights Reunion Committee was formed in the area to reunite the people that used to live here, that grew up here, just to keep in touch with each other. In their meetings…they remembered that there was a gravesite here and they were wondering what happened to the graves,” said Zebbie Atkinson IV, president of the Clearwater/Upper Pinellas NAACP.

Neighbors said some graves from the cemetery were moved, but they fear graves without headstones still remain.

"I'm a little...concerned that there could be some remains of our family members that are still here,” Carlton Childs said.

Childs’ said some of his relatives, like his great-grandfather Mack Dixon, were buried in the cemetery and were later moved to another location north of Clearwater. However, he’s having trouble locating some of his ancestors who might not have had a headstone when graves were moved.

For the last few years, he’s been searching for answers.

"That's the key thing. We want to bring some closure,” Childs said.

Archaeologists from USF are working to help families get that closure. On Tuesday, they set up grids in a grassy area near the FrankCrum parking lot and used ground-penetrating radar to scan the land. The local NAACP was key in making the search happen.

"We met with Mr. Crum and his executive staff and kind of laid out what the situation was to them. They were very understanding and had no problems getting anything done,” Atkinson said.

The search came as a relief to Childs, whose great-grandfather Mack Dixon once owned the property where the FrankCrum company sites and much of the surrounding area.

"This was the area that everybody came to when they first came to Clearwater. My great-grandfather purchased this property from Court Street to Cleveland Street,” he said. "This was a really striving neighborhood. We had a store. We had several churches."

Childs and other members of the Clearwater Heights Reunion Committee said much of that area has been erased—including the cemetery.

“We had to go through such hardships in life and in death,” said Barbara Sorey Love of the Clearwater Heights Reunion Committee. “You know, it was hard not being recognized when you are alive, and then when you're put to rest and to have concrete poured over the top of what’s supposed to be your final resting place, it doesn't set right."

Atkinson adds it sends a clear message about who mattered and who didn’t.

“It says a lot to how black lives weren't valued,” he said. “And not having the resources at the time to afford a headstone or a marker or anything else simply added to the fuel that you don't matter.”

Archaeologists will use ground-penetrating radar to search the site for the next three days. They said they should have results ready within the next few weeks.

RELATED: Pinellas County superintendent on possibility of graves under high school: 'Researching this matter is a priority'