Archaeologists have been using a process called "ground-truthing" to confirm graves without disturbing the burials. 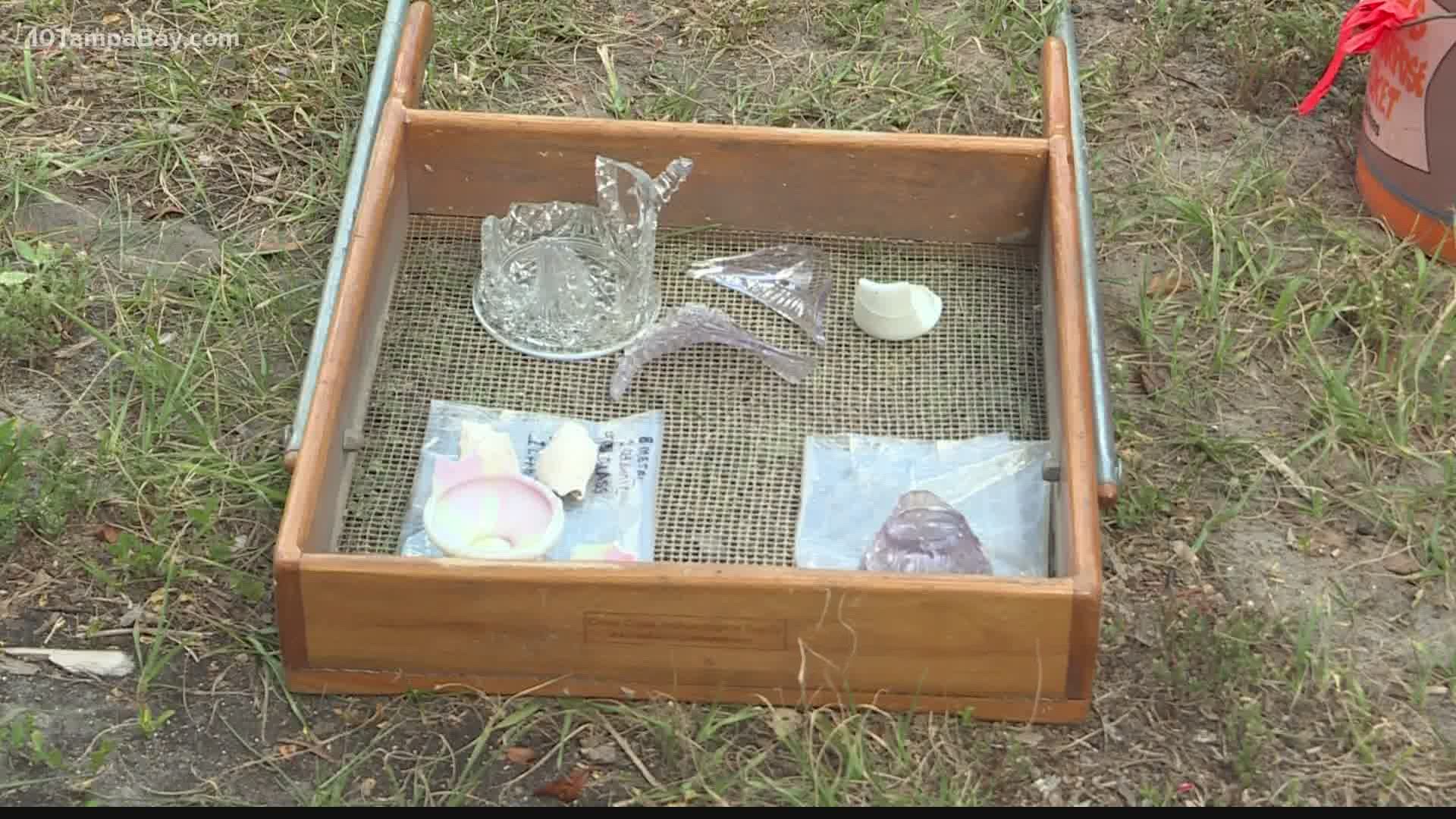 TAMPA, Fla. — The mystery of a missing Black cemetery under Robles Park Village in Tampa is closer than ever to being solved.

After a week-and-a-half of digging, archaeologists say through a process called “ground-truthing,” they have confirmed 48 of the graves from Zion Cemetery they previously saw on ground-penetrating radar images and have found artifacts loved ones left behind.

"A lot of the objects that we've been finding are either different sorts of shells, or different kind of decorative glassware or items that might have been someone's kind of favorite vase or something that they had in their home during their life,” said Rebecca O’Sullivan of the Florida Public Archaeology Network through the University of South Florida.

O’Sullivan said there is strong symbolism connected to the objects crews are uncovering.

"The shells especially, there are connections that go back to traditions in West Africa, of shells being associated with water and death and the kind of afterlife, and that by leaving these shells in the grave, the deceased is able to pass over the water and go back home…in the afterlife,” she said.

It was an afterlife that was disturbed when the early 20th-century cemetery was destroyed and sold for redevelopment.

"A lot of the reasons of why Zion was erased was because of pressure from gentrification,” O’Sullivan said. “The property was stolen by eminent domain to make Robles Park Apartments...Robles Park was a segregated housing development for only white people."

After learning the possibility of remaining graves last year, archaeologists used ground-penetrating radar to search. They found 127 at Robles Park Village and about 170 more on two neighboring properties.

For the last week, they have been digging to confirm radar results. They don't disturb graves in the process; so far, they have confirmed 49.

It’s work they hope will help right a systemic wrong.

"It just shows that at all these different points in the past, Black people in Tampa weren't given a fair shake, that they weren't treated the same as white people who lived in the city, and that their sacred places have always been destroyed in this way,” O’Sullivan said. “It's the same reasons that I hear that you know, people are marching today, because they're sick of having to deal with that."

Archaeologists with USF and Cardno will wrap up excavation work on Friday. After that, they will prepare a report for the Tampa Housing Authority, which owns Robles Park Village. While there are plans to turn the site into a memorial, some fear it won't be a fully-protected site without more city support.

Emerald Morrow is a reporter with 10 Tampa Bay. Like her on Facebook and follow her on Twitter. You can also email her at emorrow@10tampabay.com. To read more about the search for lost African American burial grounds in the Tampa Bay area, head to wtsp.com/erased.