The second round search will look at areas unable to previously be examined. So far, 54 graves have been detected on the site. 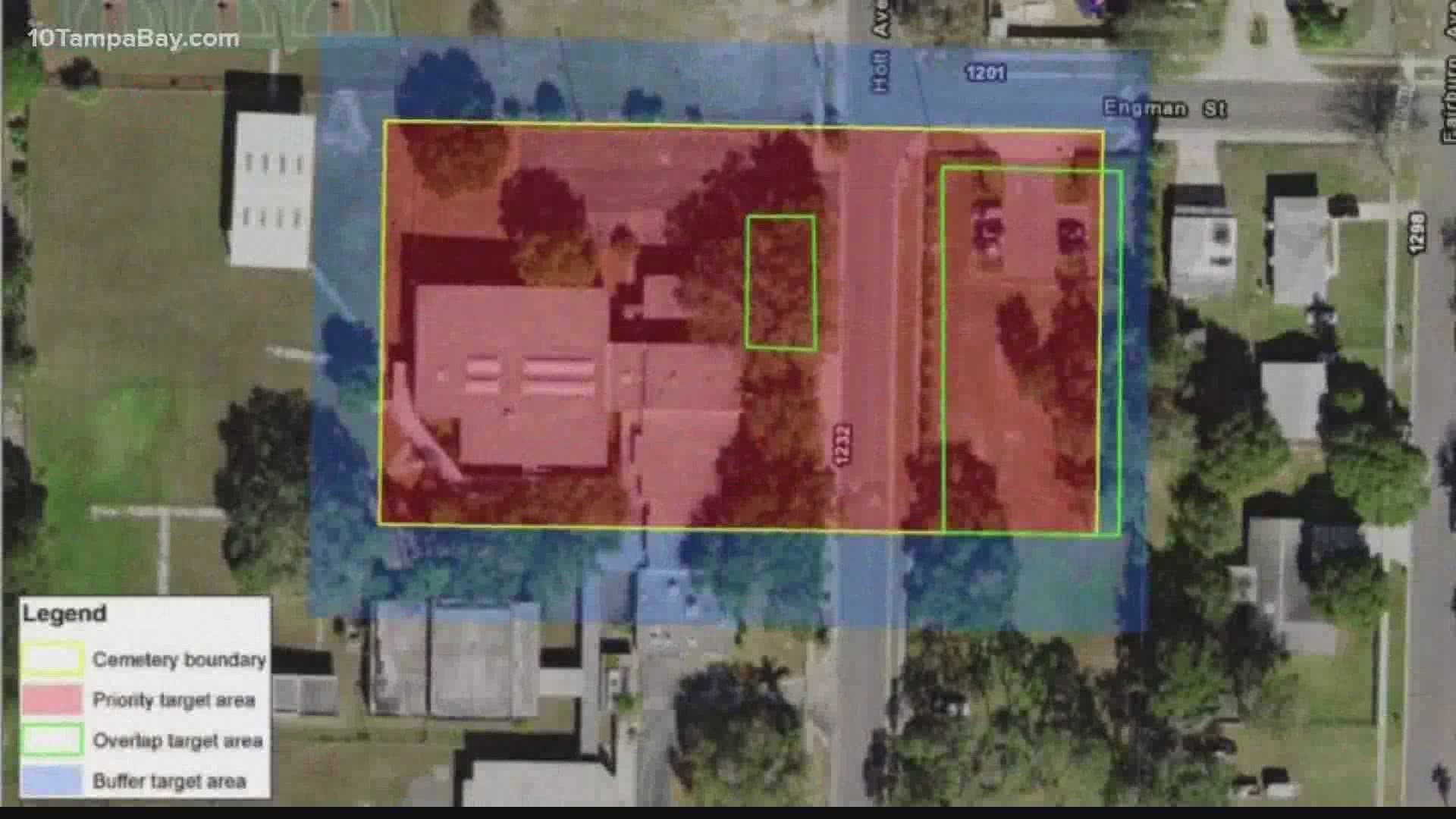 CLEARWATER, Fla. — Archaeologists were back out at the old Curtis Fundamental School site located at Holt and Engman this week using ground-penetrating radar to search for even more graves than the dozens they detected earlier this year.

The search is one of several happening across the Tampa Bay area. Over the last year, a tip led archaeologists to detect nearly 300 graves from Zion cemetery underneath a public housing development, a towing lot and a neighboring business property.

That search was the catalyst for other black cemeteries that had been erased in our area. Crews later detected 145 graves from Ridgewood Cemetery in a field at King High School, about 70 graves at the FrankCrum staffing firm in Clearwater, and more than 50 graves at the old Curtis Fundamental School.

They are all examples of African American burial sites destroyed in the name of redevelopment.

"These cemeteries that we're talking about, they wouldn't even be 100 years old today. And they were erased or destroyed,” said Rebecca O’Sullivan, an archaeologist with the Florida Public Archaeology Network through the University of South Florida.

In the case of the North Greenwood Cemetery in Clearwater at the intersection of Holt and Engman, the site of the old Curtis Fundamental School, this Black cemetery was destroyed in the 1950s because the city wanted to build a swimming pool.

"It seems like there's plenty of other places that there could have been a pool,” she said.

Records show some graves were moved, and disturbed soil seen on recent ground-penetrating radar results confirms that. However, many were left behind.

Preliminary GPR results showed 44 graves had been detected; the final report showed an increase up to 54 graves. Now, archaeologists are looking for more in areas they couldn’t search earlier this year.

"Now we're kind of going back into those little spots to try to get some more information now that we know that there are those possible burials on the property,” O’Sullivan said.

A preliminary report from February suggested graves could also be underneath the school building, and this week, archaeologists said that suspicion had not changed.

"Some of the results that we've seen do indicate that the proximity of some anomalies are very close to the footprint of the building, and given their orientation, they may extend below the building,” said Erin McKendry, an archaeologist with Cardno.

Archaeologists who've been working to find Black cemeteries across the Tampa Bay area say there's a clear theme of erasure from the past that still haunts today.

"Theft of black property, this destruction of black neighborhoods, the cemeteries are just like a part of that, it's just these kind of systems of erasure that affected like whole communities,” O’Sullivan said.

Archaeologists expect to have a report in the next few weeks. It's likely they will recommend a process called "ground-truthing" where they dig to physically confirm the presence of graves so no one can dispute the findings in the future.