The goal is to get the city involved in a land swap of land parcels along North Florida Avenue that hold nearly 300 graves from Zion Cemetery. 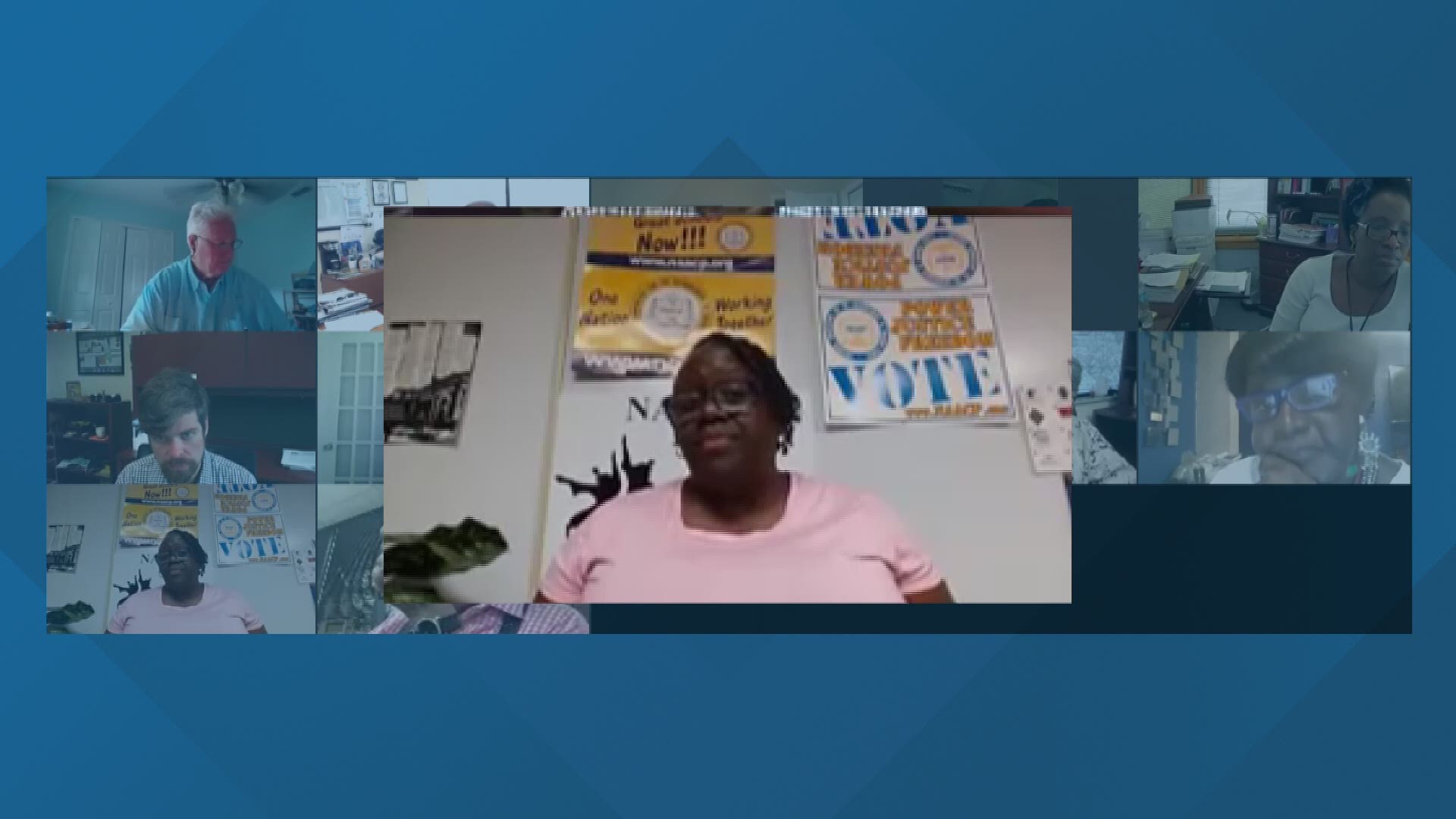 TAMPA, Fla. — During a Thursday Zoom meeting, members of a committee formed by the Tampa Housing Authority (THA) to help restore a historic Black cemetery pushed back against the city of Tampa on ways to reassemble the burial ground that was sold and destroyed for redevelopment and recently rediscovered under a housing development and two neighboring businesses.

Over the last year, archaeologists have detected nearly 300 graves from the Zion Cemetery, believed to be the first Black cemetery in Tampa. Now that graves from Zion have been discovered, the community wants the site restored.

"We really need to get to the bottom of this,” said Yvette Lewis, president of the Hillsborough NAACP.

Lewis says the goal is to somehow get the city involved in obtaining ownership of three land parcels along North Florida Avenue that hold nearly 300 graves from Zion Cemetery.

Over the last year, archaeologists found more than 125 graves on THA's Robles Park Village property, more than 50 at an adjacent towing lot and about 115 more at another lot owned by businessman Richard Gonzmart.

The property was all initially owned by a Black businessman named Richard Doby, but through a series of lawsuits, the land was taken away and the cemetery was destroyed and developed into "whites-only public housing," and other commercial businesses.

"We want to unify all three of these properties,” said Leroy Moore, chief operating officer of the Tampa Housing Authority.

However, THA can’t do it alone, and all eyes are on the City of Tampa.

While the responsibility for the historic Black cemetery being destroyed and sold for redevelopment 100 years ago against the owner's will does not fall on anyone today, some say it's a historical wrong the city should make right.

"This happened many years ago, but they can correct the problem,” said Reva Iman, resident and president of the Robles Park Resident Council.

Talks of a land swap have been tossed around, but the city said it has not had those conversations with any of the adjacent landowners.

“I keep hearing about a land swap, but that is not something I have been made aware of,” said Assistant City Attorney Toyin Aina-Hargrett.

Aina-Hargrett has been working with the Zion Archaeological Advisory Committee to help form a non-profit that will manage the status of the cemetery moving forward. The city has offered $50,000 as seed money for the group.

However, Lewis said that’s not enough. “Can anybody explain to me why we haven't moved forward on this, because we just talking the talk and wasting my breath and my time. Crickets? Anything? Okay, that's the city of Tampa. That shows how much we matter,” she said while addressing members of the city staff attending Thursday’s meeting.

Aina-Hargrett pushed back against Lewis’ claims that the city has discussed land swaps with at least one of the business owners who have graves on their property.

Archaeologists say if the city does not help reassemble the land or help take ownership of the properties, the cemetery will be in danger of being lost to time once again.