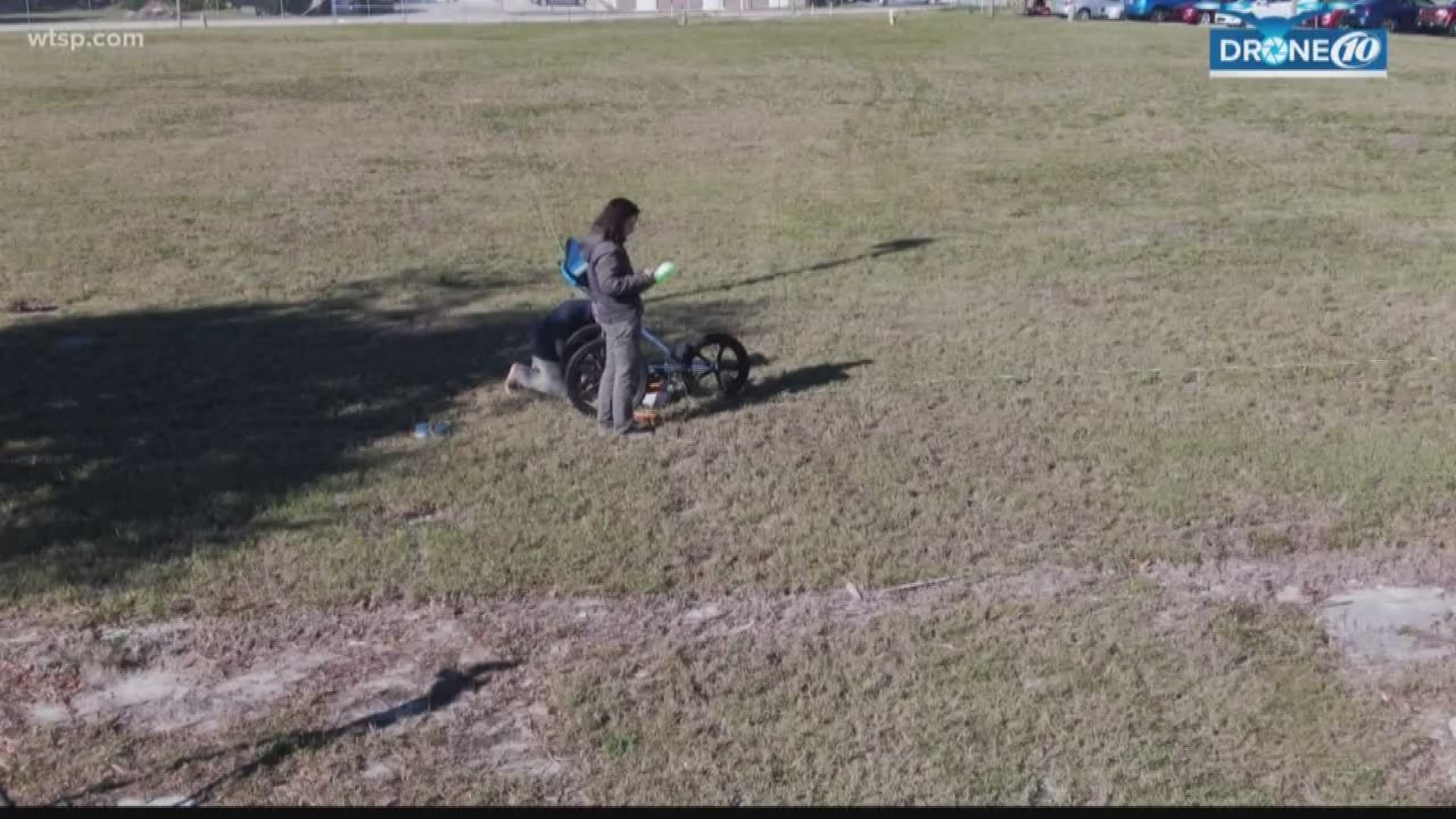 DUNEDIN, Fla. — A book with funeral home records from 1917 to 1947 is helping Clearwater neighbors looking for lost loved ones once interred in African American cemeteries that were moved and later redeveloped.

“When there was said to be no record, now we’re finding all of these records,” said Carlton Childs. “It gives us hope that there's a possibility we can kind of bring closure to what's going on.”

Childs is a long-time Clearwater resident with several ancestors who were buried at a segregation-era cemetery off Missouri Avenue, the current site of the FrankCrum staffing firm.

RELATED: ‘It's very important to do this’: Archaeologists scan old Pinellas Co. school for graves from black cemetery

Maps confirm the cemetery’s existence, and city records suggest bodies were moved to another segregated location on Holt Avenue in Clearwater. Currently, the shuttered Curtis Fundamental school sits at that property.

The first two cemeteries are believed to be references to the Missouri and Holt Avenue cemeteries that no longer exist today. Because records have been scattered, neighbors have had to rely on memory in triggering a search for lost graves.

Records from Larkins Funeral Home, which was contracted by the city of Clearwater to move some graves from the Holt Avenue cemetery, have not yet been located.

Archaeologists have been using ground-penetrating radar to search the lost Clearwater cemetery sites to see if bodies are still there.

Childs sat down with 10News on Thursday at the Dunedin library to look through the book. He recognized several relatives, including an aunt, uncle and cousin. Childs said he knows some of his relatives were moved from Clearwater, but there’s a strong chance some still rest under redeveloped land.

“That’s why we are researching because if they didn’t do what they were supposed to do, the question is where do we go from here?” he said. “You get past some things. You never get past discrimination and racism, but you go to a point where you don’t allow it to cause you to act out or respond in a negative way.

Archaeologists are wrapping up their searches on the sites. Results are expected within the next few weeks.