'This is really the culminating event to acknowledge what happened in the past so that we can move forward in greater unity and strength,' Col. Jonsson said. 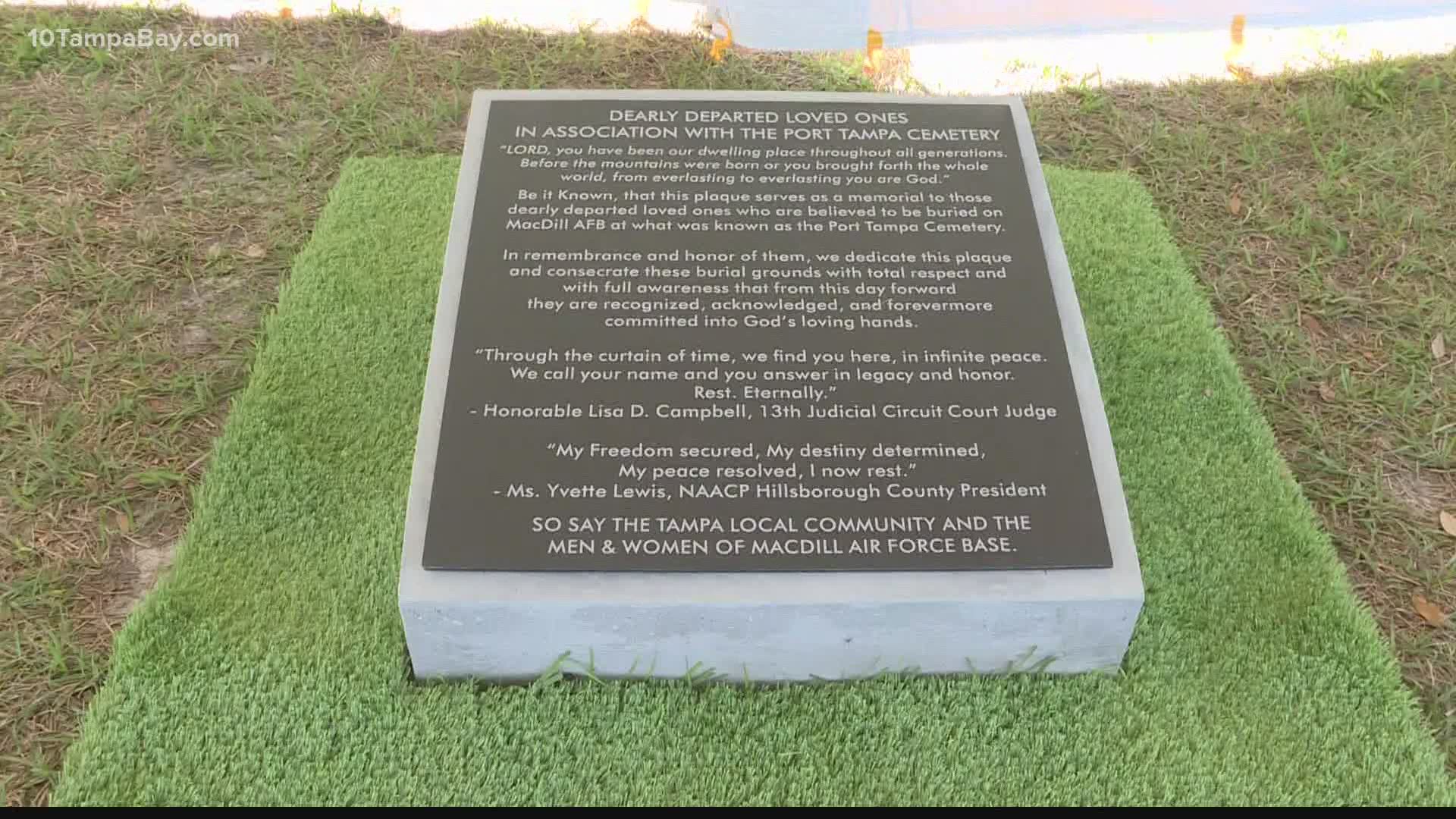 TAMPA, Fla — More than a year after investigating how the construction of MacDill Air Force Base in the late 1930s led to the destruction of a Black cemetery on what became base property, leaders held a ceremony Tuesday to honor the souls time forgot.

“This is really the culminating event to acknowledge what happened in the past so that we can move forward in greater unity and strength,” said Base Commander Col. Benjamin Jonsson.

The formal ceremony complete with litany and music brought together service members and the community for a reflection on those-- known and unknown--who made their final stop at the old Port Tampa Cemetery.

“MacDill Air Force Base did an excellent job at recognizing and remembrance of this forgotten cemetery,” said Yvette Lewis, president of the Hillsborough NAACP.

The ceremony also included Hillsborough County Judge Lisa Campbell, who discovered she has loved ones buried in the cemetery.

The Tampa Bay History Center alerted the base in 2019 that the cemetery could be on its property. After that, months of historical and archaeological research began to determine if graves were indeed on the property.

A report from New South Associates determined there were grave-like anomalies, however, tree roots in the densely wooded area where documents say the cemetery existed presented a challenge for archaeologists searching for remains.

Nonetheless, MacDill moved forward with acknowledging that the cemetery did exist on what eventually became base property.

During the ceremony, leaders dedicated a marker to show respect and dignity to those resting in a cemetery that fell victim to the pressures of development.

The Port Tampa Cemetery is just one of several Black cemeteries across the Tampa Bay area that have been destroyed in the name of redevelopment.

Over the last year-and-a-half, nearly 300 graves from the old Zion Cemetery have been discovered at the Robles Park Village Apartments and two neighboring businesses in Tampa.