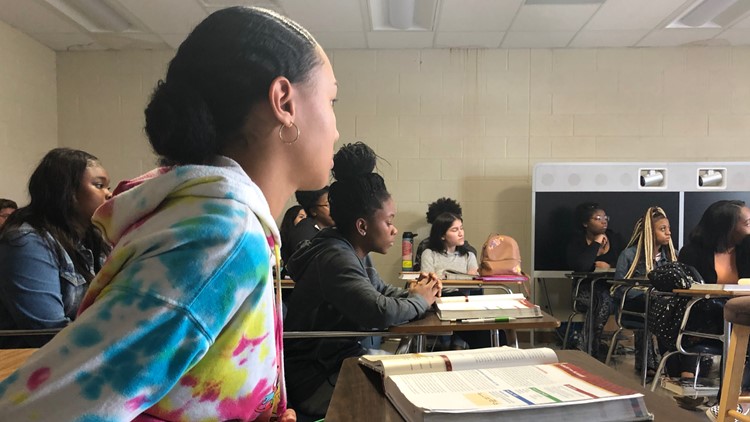 Photo by: WTSP
Students at King High School in Tampa, Fla. react to the discovery of 145 graves in a grassy field on the school's property.

TAMPA, Fla — There are 260 people believed to be buried on the property of King High School in Tampa. One hundred-forty five of those graves have been detected.

The discovery was made as part of a larger effort to uncover the graves of African Americans that had been essentially lost to history.

In November, Hillsborough County Schools informed the Medical Examiner that archaeologists found the suspected graves from Ridgewood Cemetery, and research into burial records and death certificates proved the bodies were properly interred, according to a news release.

The people buried on the land at 6815 N. 56th St. before King High School was founded in 1960 “reached their final disposition after determination of a viable cause and manner of death, certified by the proper authority,” said Medical Examiner Dr. Kelly Devers

“The layout of the 145 suspected graves…is consistent with what would be expected in a cemetery.”

The school district says Superintendent Jeff Eakins and Hillsborough County commissioners have been notified of the medical examiner’s findings.

According to the release, the matter has been handed over to State Archaeologist Dr. Mary Glowacki to take further action, if she decides to.