There's evidence that some graves were disturbed or moved, and maps show where city utilities run right next to or over some of the graves. 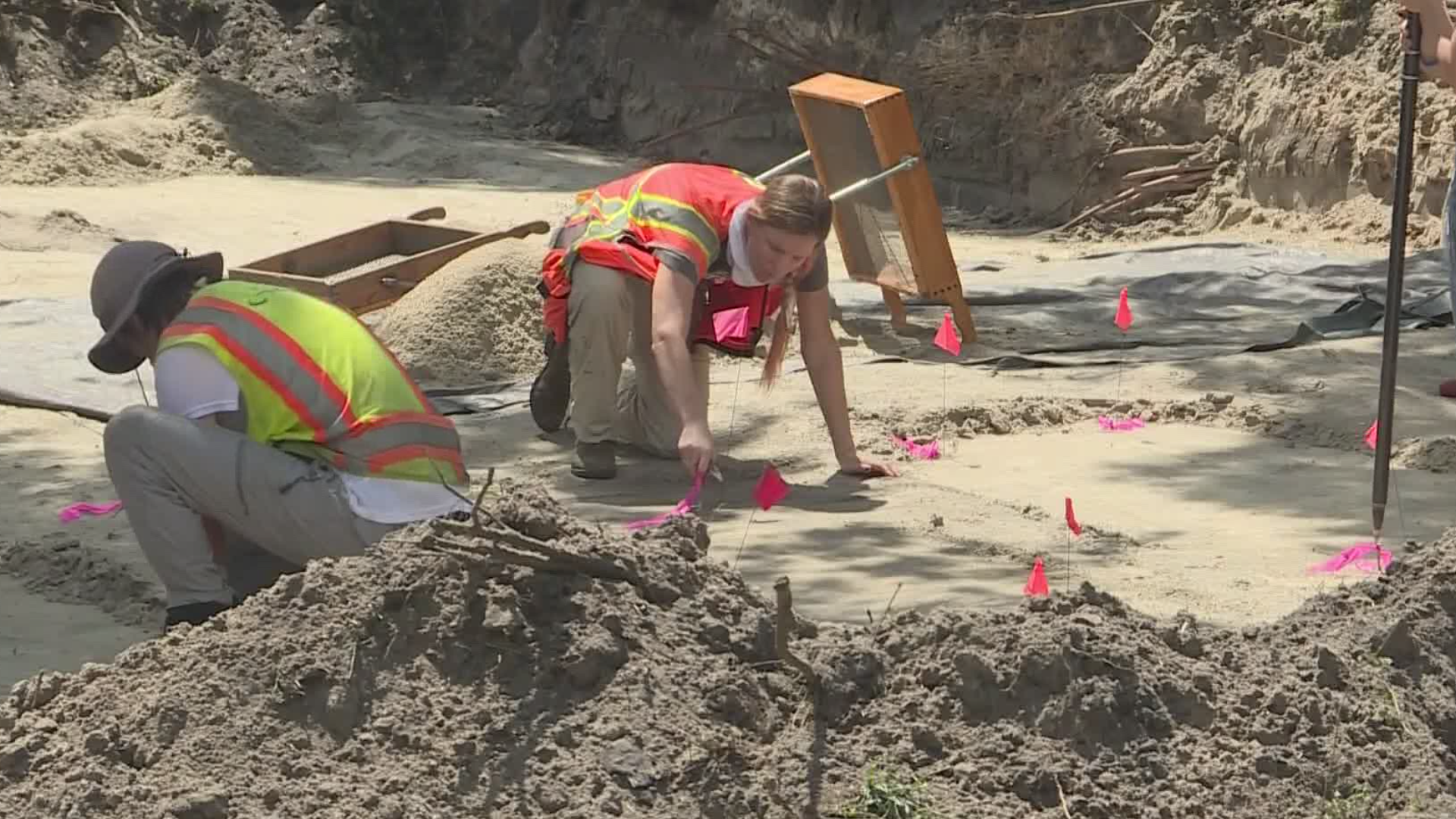 TAMPA, Fla. — A new 150-page report details from start to finish all the work archaeologists have done to confirm graves and understand the story behind Zion Cemetery, Tampa’s first African American burial ground that was destroyed in the early 20th century to make room for all-white developments.

In the report, we learn Zion wasn’t the only casualty. Archaeologists say pressures of gentrification pressed on the Black neighborhood of Robles Pond in the early 20th century when the city annexed the area, threatening the homes, the land and the sacred spaces.

"Those white landowners that bought portions of Zion, immediately removed all of the headstones and fences and signs of Zion and turned the space into residential and commercial space, effectively erasing the cemetery," said Eric Prendergast, lead archaeologist on the project.

We also learn of those buried in Zion, some are believed to live through slavery and emancipation, but poor record-keeping means we know little about their lives.

There's also evidence that some graves were disturbed or moved, and maps show where city utilities run right next to or over some of the graves.

"That's going to require close coordination between landowners and the city of Tampa to deal with those utilities and roads,” Prendergast said.

In all, archaeologists have detected 297 graves that they hope will one day be restored with the honor and dignity they deserve.

"All of the graves are still there and all of the items that people place with their loved ones, many of which traced back to long-standing African American traditions are still in place. So, Zion can't be erased,” Prendergast said. “It's still here."