Archaeologists shared that they found an estimated 54 or 55 grave-like objects and artifacts including about 29 grave shafts. 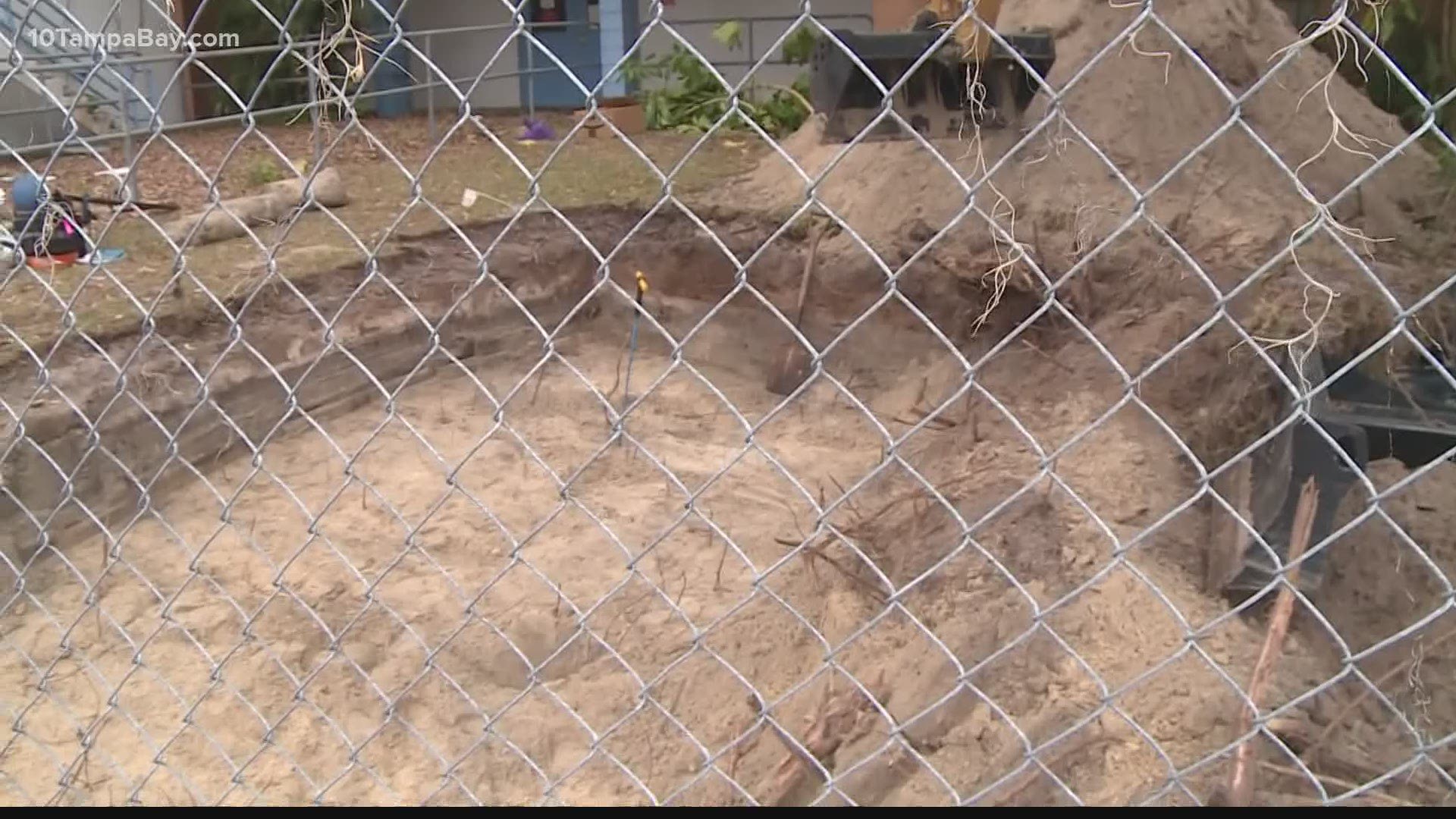 CLEARWATER, Fla. — Archaeologists gave a final update Friday about the search for graves at a forgotten Black cemetery.

An archaeologist from Cardno said that they found an estimated 54 or 55 grave-like objects and artifacts including about 29 grave shafts. She added that this data collection was just the first step and that scientists will do a lengthy analysis on the objects and present their findings to the City of Clearwater.

After further testing at four of the 29 shafts, the city says they found the presence of coffins and human remains in all four areas. Researchers say these findings confirm the site is still an active cemetery, the city said.

Archeologists say artifacts belonging to each grave shaft and individual graves were documented at the site and returned back to its original location and restored as close as possible to its original condition.

He said that people in their 60s and 70s can tell you stories of when they were children in the area being told not to play near the gravesite or seeing "bones washed up" after it rained. This research puts an end to all the hearsay and confirms that there are actual bodies buried in the site that did not get moved to another site, Atkinson said.

Archaeologists said people who live in the community have stopped by the site and shared their memories and what they knew about the cemetery. Information researchers received from the community has said to have been helpful.

When asked if he's expecting an apology for the forgotten graves, Atkinson said "Words are great, but actions mean more."

He added that once the data is analyzed, he'll turn to the community, city, and schoolboard to decide what steps to take next.

The cemetery is located at Holt Avenue and Engman Street.

RELATED: New search for graves at forgotten Black cemetery in Clearwater to continue