In 1954, between 350 and 375 graves were supposed to be moved from a cemetery where the old Curtis Fundamental School sits today. 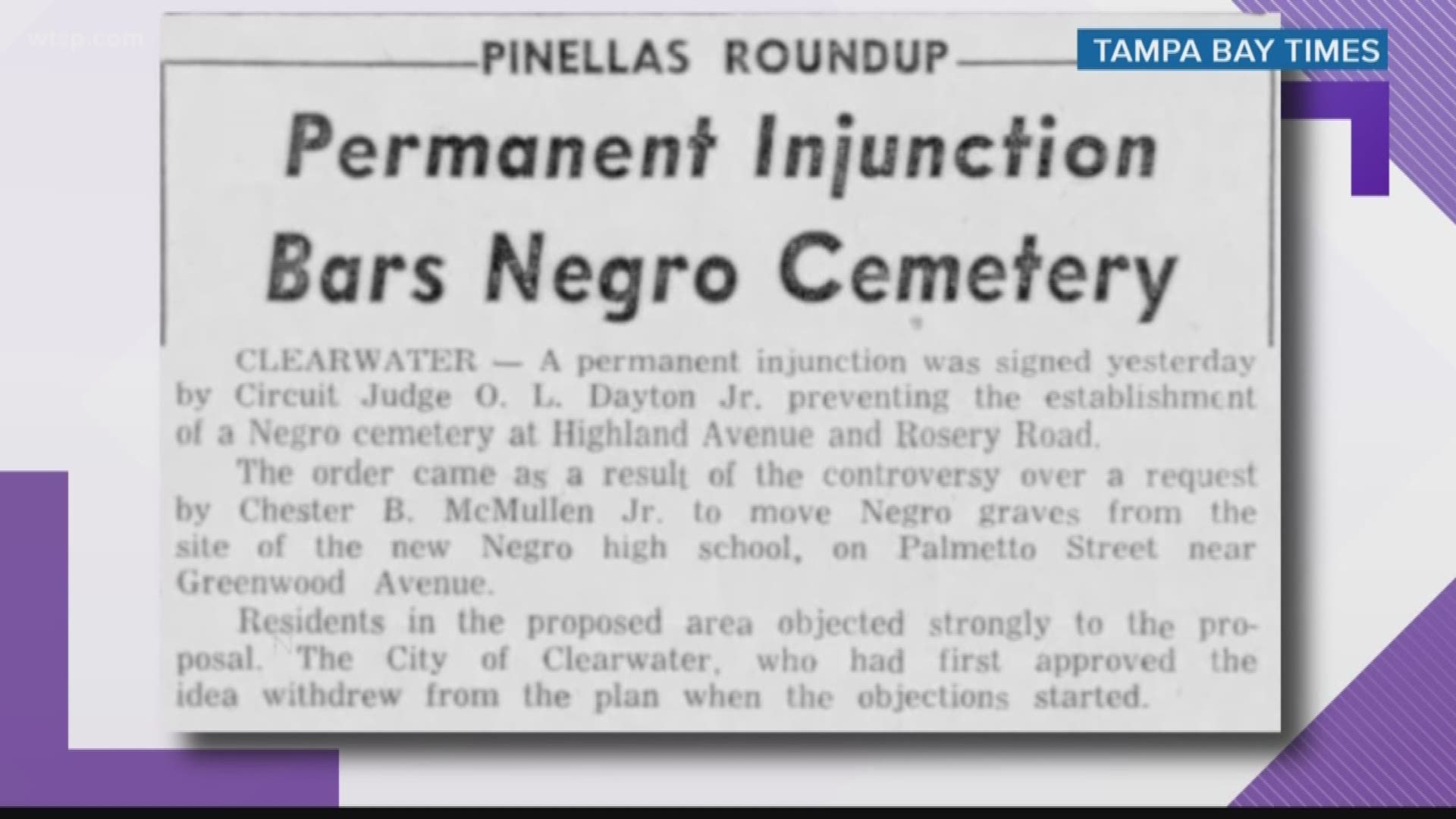 CLEARWATER, Fla. — As Pinellas County Schools prepare to search for graves from an old African American cemetery on one of its properties, a look into the past reveals why it was moved in the first place.

In 1954, between 350 and 375 graves were supposed to be moved from a cemetery where the old Curtis Fundamental School sits today along Holt Avenue. However, every location where the city tried to move the bodies, neighbors pushed back.

“I’m not surprised by those responses,” said Robert Young, owner of Smith-Youngs funeral home in Clearwater.

The City of Clearwater wanted to build a swimming pool for African Americans, who were barred from using most, if not all beaches and swimming pools used by whites. However, constructing a new pool meant moving a black cemetery that was located at the current site of the old Curtis Fundamental school.

The City of Clearwater wanted to move the graves to an area near Highlands and Rosery in Largo. However, when they found out the cemetery was moving there, they feared for their property values.
Even a former Pinellas County sheriff resisted the plans. He was a plaintiff in a court case seeking an injunction to block the cemetery. The court ruled in favor of the neighbors.

Robert Young worked for the company the city of Clearwater eventually contracted to move 350-375 bodies to a location around Dunedin after the courts blocked the Largo move. Neighbors there were just as apprehensive. A 1954 article from the Tampa Tribune reported neighbors feared the decomposing bodies would cause water contamination because the water table was just three feet and the bodies were reportedly reinterred in water.

“Although there's some valid concerns about contamination, that picture is more about a racial concern, my thinking, rather than the contamination,” said Young. “We were less than humans. we were property, and therefore, our cemeteries were of no value either. And so, therefore, because we had no value we could be moved."

The city of Clearwater and Pinellas County Schools are working together on a plan to use ground-penetrating radar scan for lost graves at the Curtis Fundamental school site. Clearwater City Manager Bill Horne said on Friday the city will split the cost of the scanning with PCS. Cardno, the company that helped find about 300 graves from Zion Cemetery in Tampa, is expected to do the job.