Multiple anomalies were found that suggest they belong to the Port Tampa Cemetery. 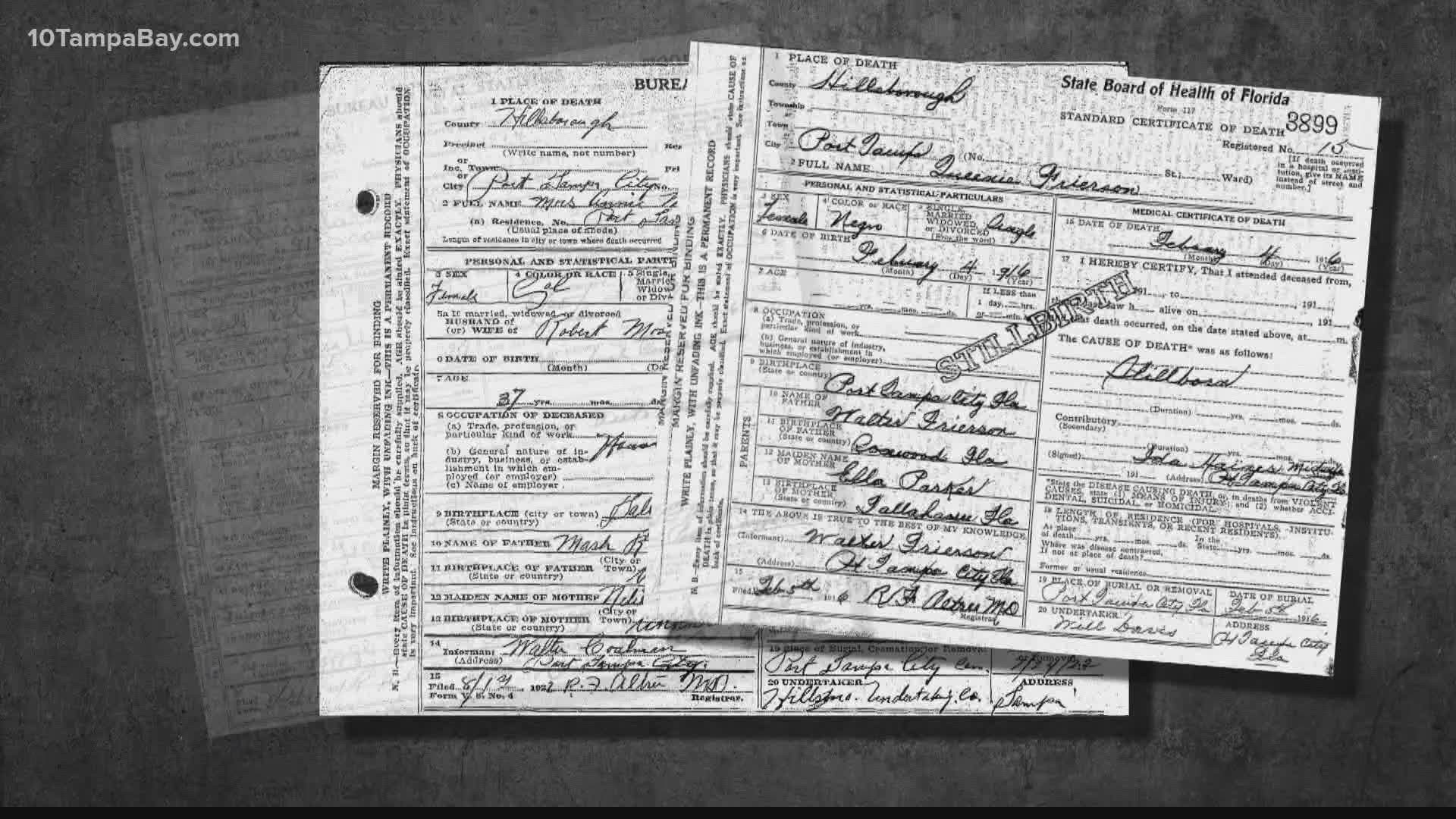 The cemetery was listed in the 1940-1942 Veteran’s Grave Registration, a Works Progress Administration initiative that was part of the Florida Department of Military Affairs. It listed the cemetery near the intersection of Interbay and Manhattan, where MacDill is located today.

Upon learning about the possibility of a Black cemetery on base, MacDill officials immediately began an effort to search for the burial site. New South Associates began researching records, collecting oral histories and cadaver dogs were brought in to sniff out possible remains.

Crews with New South Associates, an archaeological research and historical firm, searched several areas of the base; multiple anomalies were found in a wooded area that suggests they belong to the Port Tampa Cemetery.

A lifetime resident consulted for the report told 10 Tampa Bay earlier this year that the cemetery was an informal burial ground, and that only the poorest people were known to rest there.

He said the water table in Port Tampa is high, which makes the area an unsuitable place for burials. This information was reflected in the report.

Death certificates and newspaper records show about 38 burials in the cemetery. Thirteen of those records were of stillborn children. Researchers say the stillborn babies would have been difficult to locate through ground-penetrating radar or cadaver dogs due to the babies' size.

According to the NAACP, MacDill Air Force Base is commissioning a plaque to pay respect to those buried at the Port Tampa Cemetery.

"MacDill has been stellar. MacDIll has been amazing," said Yvette Lewis, president of the Hillsborough NAACP. "I am completely satisfied with MacDill Air Force Base. I am so, so proud of them…stepping up, and rising up to the occasion, and assuring that these people will get their proper respect, and they will be able to lay in and rest in peace.”

MacDill released a statement that reads:

"We continue to work side by side with the NAACP and community stakeholders to ensure we honor this area appropriately. We plan to memorialize the site as well as create a space in front of our visitors center to honor those buried at Port Tampa Cemetery and allow the community to pay respects now and in the future. We are currently working with the community to finalize these plans as well as set a date for a ceremony."