Chapter 872 of Florida state law requires the medical examiner to step in when unmarked human remains are found. 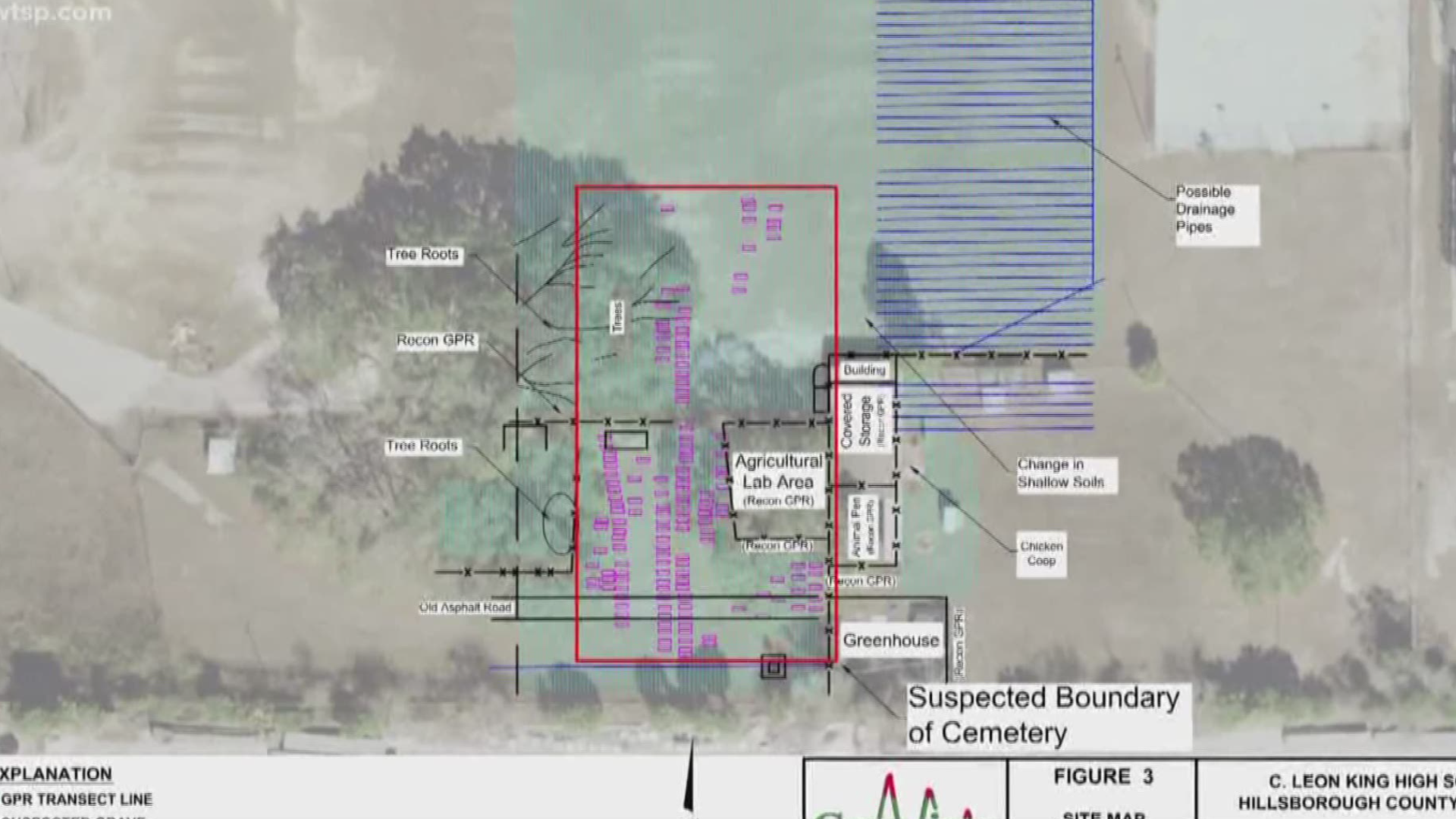 TAMPA, Fla — The moment the Hillsborough County School Board announced ground-penetrating radar found 145 coffins from Ridgewood Cemetery in a field at King High School, news quickly spread across the country and around the world.

Yet, even though the souls laid to rest in this grassy field had long been forgotten, the county medical examiner was quietly at work.

"Want to make sure that there's no bodies there that are involved in some kind of criminal investigation or there are bodies that are there that we didn't know about,” said Henry Poage, death investigator with the Hillsborough County Medical Examiner’s Office.

Because of the age of the cemetery and because of infant coffins too small to find, archaeologists could only detect 145 graves. However, the medical examiner's office said it had more than 260 names to search for. Many of the names came from Ray Reed, the man whose research tipped the school board off to a cemetery on its property.

"We pulled 103 death certificates. We reviewed each death certificate. Each one had a cause of death on it. Each one was signed by a doctor,” said Poage. “Nothing in the records show there would be anything that wasn't already investigated."

Chapter 872 of Florida state law requires the medical examiner to step in when unmarked human remains are found.

"The age of the bodies in the ground, really is what it amounts to,” said Poage.

To be safe, if those bodies have been buried less than 75 years, the medical examiner investigates.

If it's been longer, the state archaeologist takes over.

“There was really nothing nefarious,” Poage said. “There was no illegal activity there, so it goes to the state archaeologist."

Still, the discovery was another wound for the city’s African American community. The cemetery was the second to be rediscovered this year. Reed’s research helped uncover the erased Zion Cemetery in Tampa Heights where archaeologists found nearly 200 graves. Historians say racism contributed to the early 20th-century cemetery’s erasure.