Gabby Petito's fiancé is said to have left the phone the day he went for a hike. 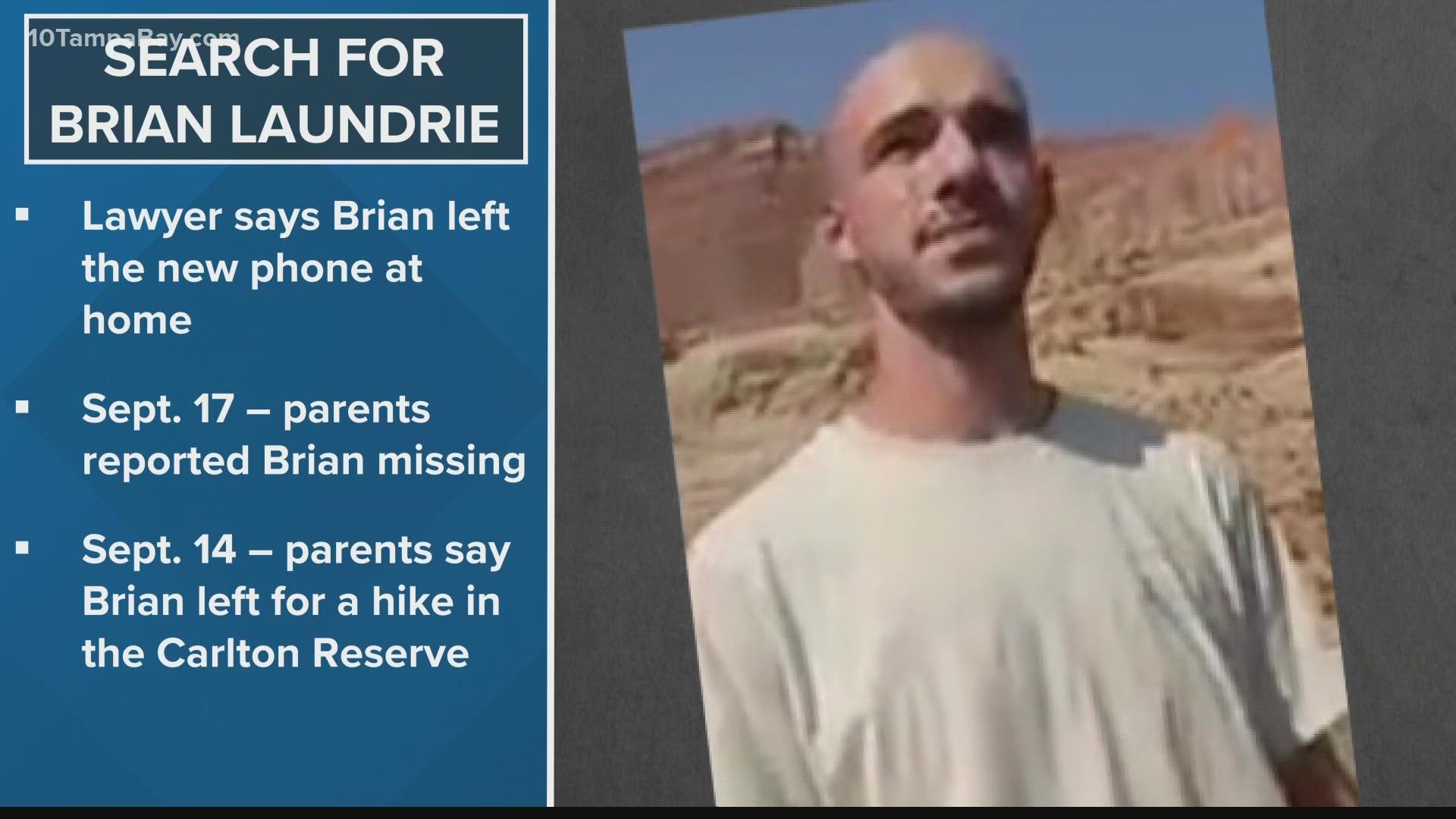 NORTH PORT, Fla. — A phone purchased by Brian Laundrie is part of some newly revealed evidence the FBI is examining in connection to the Gabby Petito case.

Her fiancé had the phone and left it at home the day he went for a hike, family lawyer Steven Bertolino said in a text message. The FBI, he added, now is in possession of that phone.

Bertolino says he's unsure when exactly the phone was purchased or why Laundrie bought it but believes it was in September 2021.

The Laundrie family previously said Brian went hiking at the Carolton Reserve on Sept. 14 in Sarasota County and never returned. On Sept. 17, law enforcement would begin searching for him after he was reported missing.

Bertolino told 10 Tampa Bay on Sept. 24 that wherever Laundrie is, he's without his phone and wallet.

Laundrie was named a person of interest not long after Petito disappeared, with North Port police saying he "has not made himself available to be interviewed by investigators" or "provided any helpful details" that would lead them to figure out what happened to the missing 22-year-old Florida woman.

A federal arrest warrant was issued for Laundrie on Sept. 23 in connection with the Petito case following a grand jury incident.

Court documents show the federal grand jury charged Laundrie with "knowingly with intent to defraud" using a Capital One debit card in the amount of at least $1,000. The action happened on or about Aug. 30 through Sept. 1, the documents say.

Petito was reported missing on Sept. 11 after heading out on a cross-country road trip this summer with Laundrie. He would return home 10 days earlier to North Port without her.