Her disappearance and death captured the nation's attention. Authorities are still searching for her fiancé, who is a person of interest in her disappearance. 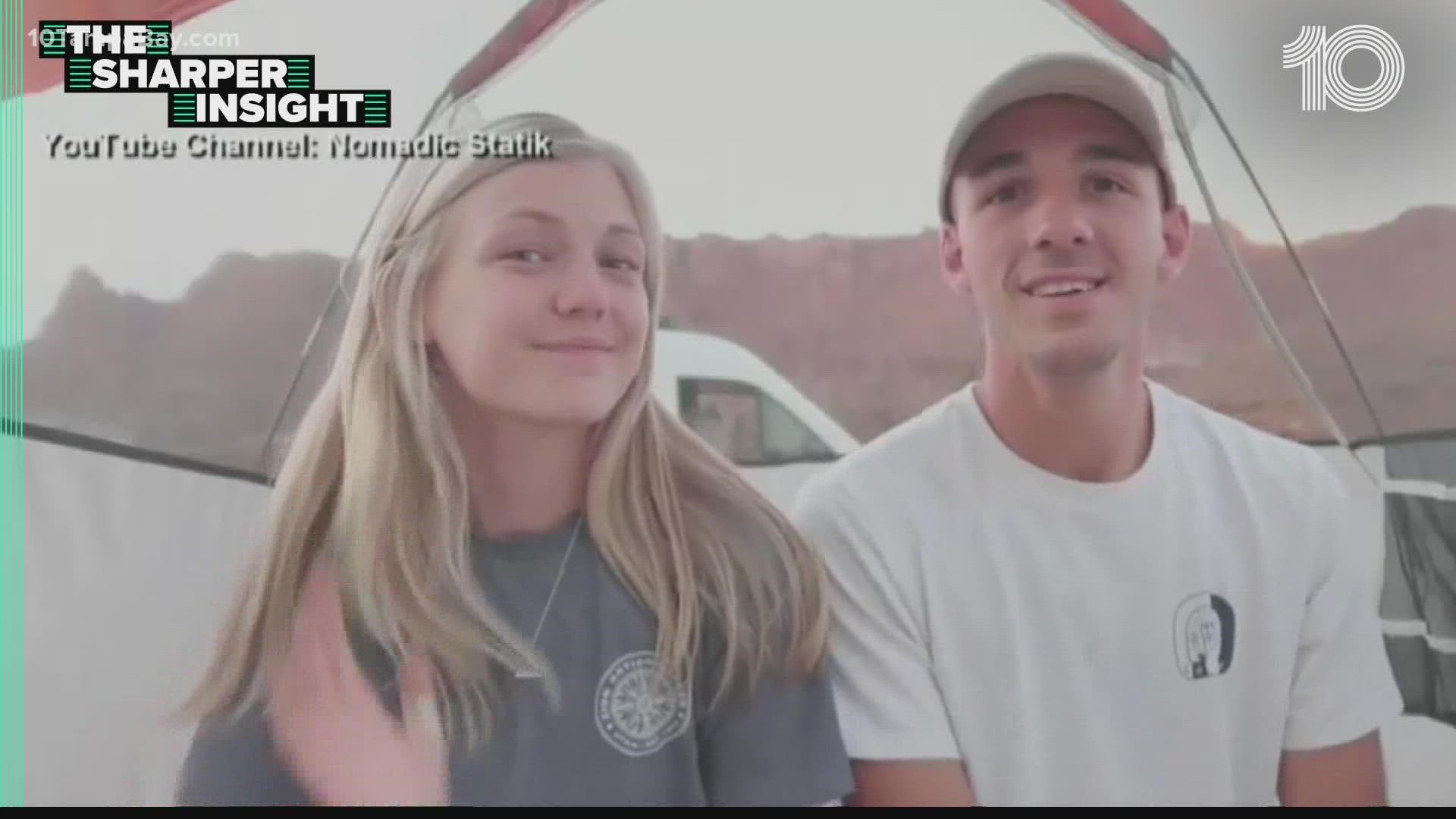 NORTH PORT, Fla. — What happened to Gabby Petito? That's the question at the center of a "48 Hours" episode.

The 22-year-old from North Port was on a cross-country trip with her fiancé Brian Laundrie. Described as a "van life" vlogger, she was reported missing on Sept. 11.

Her disappearance captured the nation's attention. Social media sleuths quickly began a cross-country virtual search for her as authorities began the ground search.

Her body was found on Sept. 19 in Grand Teton National Park in Wyoming. On Sept. 21, the FBI confirmed they had found her and ruled her death a homicide.

Brian Laundrie, who had returned to North Port without Gabby, was reported missing on Sept. 17, but police said his parents hadn't seen him for three days before that.

Authorities have been searching for Laundrie since Sept. 18, combing through the vast Carlton Reserve, where he was last known to have been.

Laundrie was named a person of interest in Petito's disappearance after he remained "uncooperative" with the police.

On Sept. 23, the FBI said they had an arrest warrant for him in connection to Petito's case. According to agents, he had used a debit card that didn't belong to him and took out $1,000. He did that between Aug. 30 and Sept. 1.

"48 Hours" takes a look at what happened betwen Gabby and Brian in the days leading up to her death.

RELATED: What role is social media playing in the Brian Laundrie Investigation?