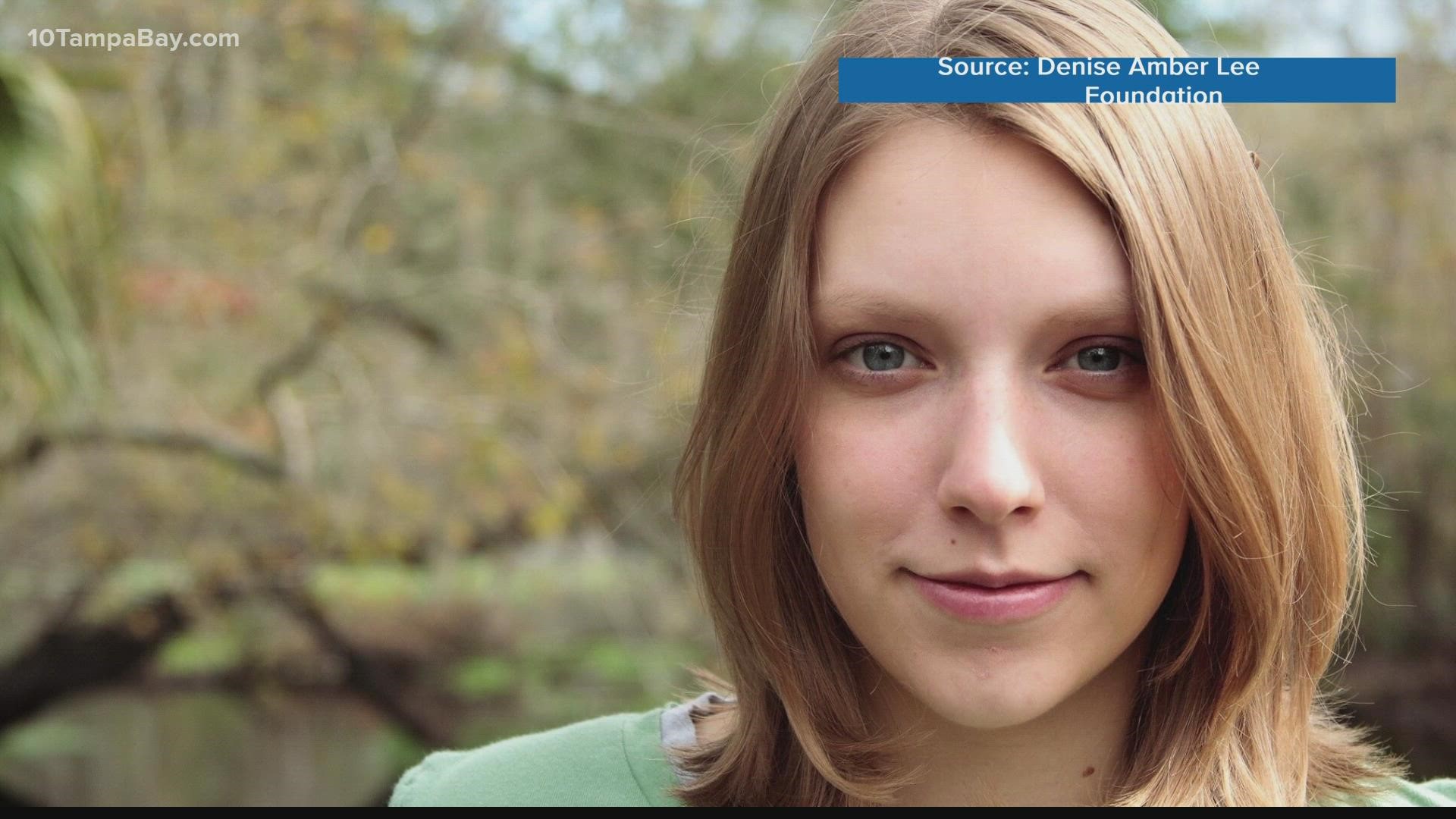 NORTH PORT, Fla. — There's still so much we hope to find out about the Gabby Petito and Brian Laundrie case, including how Laundrie was able to leave his house and go for a hike just as the investigation began to unfold.

We received some insight from a family who also lost a loved one 13 years ago. On Jan. 17, 2008, Denise Amber Lee, 21, who also lived in North Port, was kidnapped and murdered. Her father, a Charlotte County Sheriff's detective, said he had similar questions back then about finding his daughter.

"We didn't know where she was because she was kidnapped but she was able to dial 911. There was a little failure in the system because 911 hung up on a person trying to help her," said Rick Goff. He has been with the Sheriff's office for nearly four decades.

Investigators said Lee used her kidnapper's phone to make the call to 911 and provided them information through the conversation she was having with her kidnapper. Another 911 caller had heard Lee screaming from a vehicle stopped at a traffic light but that call was rerouted to a different 911 system. The information was not relayed onward to North Port Police who were trying to find Lee.

The mom of two was raped and shot by her kidnapper and later found buried in a shallow grave, discovered by cadaver dogs two days later on Jan. 19.

Her killer was identified as Michael Lee King, a plumber who also lived in North Port. He was charged with murder and the case went to trial in August 2008. During the trial, it was revealed that before her death, Lee hid her ring in the kidnapper's vehicle and pulled out her hair from its root and tucked it in a corner of the vehicle where it was later found and tested for matching DNA, according to her father.

A jury later found King guilty of kidnapping with intent to commit a felony, sexual battery, and first-degree murder. He was sentenced to death and is incarcerated in Union Correctional Institution in Raiford, Florida, awaiting execution.

Lee's dad said the Petito case and the search for Laundrie reminded him of his family's ordeal and all the questions he too had back them.

"That's the biggest thing you want an answer to it one way or the other and even when we found her that's still not closer because you never have closure completely," said Goff.

But he said his background in law enforcement helped him understand why the police can't do certain things while conducting investigations.

Part of the reason many have questions is that Laundrie is the only person of interest in the case and is Petito's fiancé. The FBI also has a warrant on him for unauthorized use of a debit card that didn't belong to him

"He's the most wanted now, the most hunted man in the whole United States and probably other countries because everyone knows about it and it's his picture out there so he will be found," he said.

Another local veteran law enforcement insider said first there must be evidence that a crime was committed as well as establish probable cause that the person in question committed the act before police can do anything under the law.

Former Hillsborough County Sheriff's Detective Jesse Parks said neither of those elements existed early on in the case, before Laundrie was declared a person of interest, declared missing or had an FBI warrant for debit card fraud.

"First off we still don't know a crime had happened and being missing is not a crime, people go wandering off all the time. Not talking to the police it's not a crime, in fact, nobody has to," said Parks.

There is also the question of why North Port Police couldn't start tracking Laundrie's movement once Petito's family reported her missing on Sept. 11 and they were contacted by the Suffolk County New York Sheriff's Office. Police also discovered Laundrie had returned in Petito's van without her as far back as Sept. 1 and immediately took possession of the van which was registered in Petito's name.

"A good lawyer is going to make a case for harassment and a judge can slap an injunction and you could get sued if you just start following random people because you just want to follow them," Parks said.

Parks added that law enforcement has legal rules of engagement that guide their actions, such as state laws and constitutional provisions like the Fifth Amendment, including the Miranda Warning.

In addition, because the incident includes travel across multiple state lines, involves several investigations in local jurisdictions in those states and the fact that Petito's body was found at the Grand Teton National Park, which is federal land, local law enforcement have to take their cues from the FBI who is leading the investigation.

"North Port is just doing what they're asked to do by the FBI. They can't step on the FBI toes because the crime happened out there and so they at this point or what we call an agency assist," said Goff.

Some of the experts we've spoken to say the FBI has to keep their intentions for this case closely guarded because they don't want to jeopardize the future of the case by making preemptive submissions without key evidence or the person of interest in their custody. One example they pointed out is that if a person in question is eventually located in a different country, authorities may face extradition challenges on charges that could involve the death penalty if the country in question is opposed to capital punishment.