Police have named Brian Laundrie a person of interest. 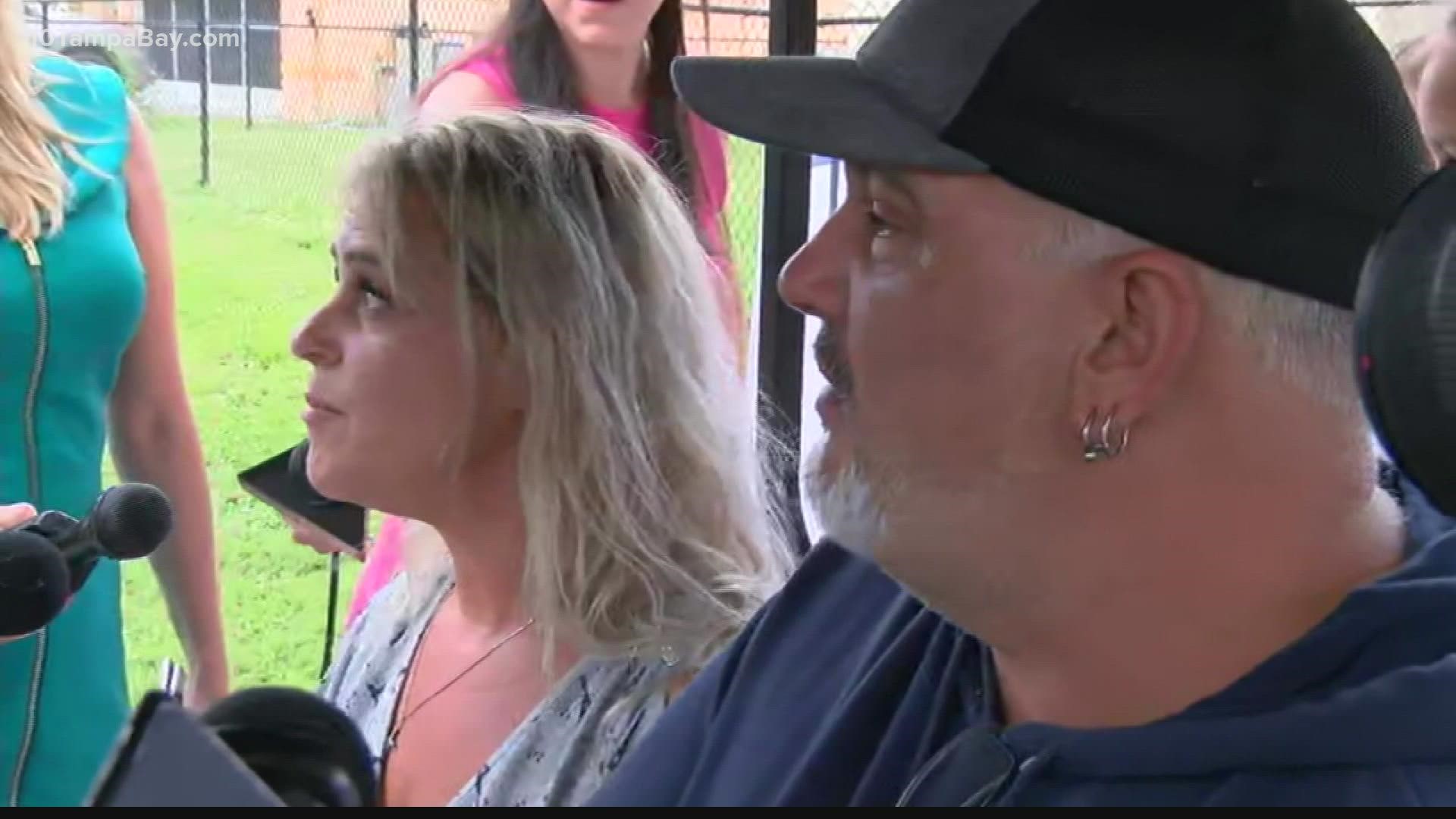 A small group of concerned community members held signs outside the home of Brian Laundrie - the fiancé of missing North Port woman Gabby Petito - urging him to speak up.

Some people could be seen driving by the home in golf carts, holding signs that say "Bring Gabby home!" or "Speak up!"

A mother and daughter who live just two minutes away from Laundrie's home said North Port is a family-friendly community. Their signs read: "Would she bring you home?" and "Truth always comes out."

"We are really saddened by this whole situation. We can't believe it's so close to home," the mother said. "I think it's just a terrible thing that [Laundrie] is not speaking up and saying anything for [Petito's] family to hear."

On Wednesday, police named Laundrie a person of interest. North Port police said Laundrie "has not made himself available to be interviewed by investigators" or "provided any helpful details" that would lead them to figure out what happened to the missing 22-year-old Florida woman.

Credit: North Port Police Department
The van police say Gabrielle Petito and her boyfriend, Brian Laundrie, were traveling in on a cross-country road trip. It was recovered at Laundrie's home.

The two set out on a cross-country road trip in July in a van that police say was later discovered at the home of Laundrie and his parents in North Port, Florida, where Petito lived. The van was processed for any evidence Tuesday, Sept. 14, in coordination with the FBI, authorities said.

Police say Laundrie returned to North Port on Wednesday, Sept. 1, about 10 days before Petito's family reported her missing as they hadn't seen or heard from her in weeks. She was last known to have been in Grand Teton National Park in Wyoming before losing communication, according to the Suffolk County, New York, Police Department.

Her family, who lives on Long Island, reported her missing on Saturday, Sept. 11.

Police went to the Laundrie home on that Saturday to speak with Brian and his family, but were instead handed information for the family's attorney, Taylor said. In a statement, the Laundrie family said, "...On the advice of counsel, the Laundrie family is remaining in the background at this juncture and will have no further comment."