'I am so sad': Strangers mourn Gabby Petito

Friday marks a week in the search for her fiancé Brian Laundrie. 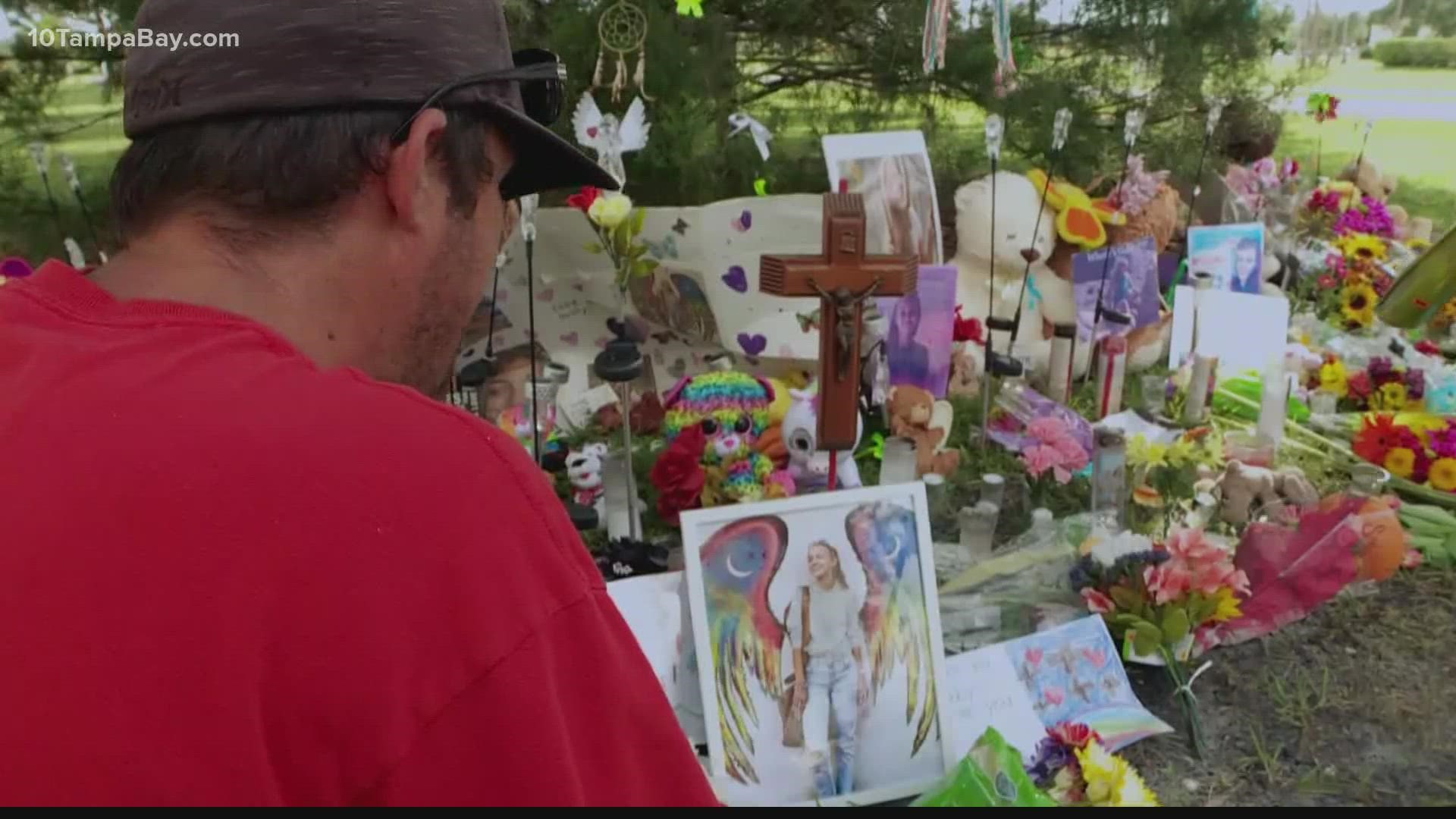 NORTH PORT, Fla — The memorial for Gabby Petito is growing as each day passes without answers about how she was killed.

Strangers are coming together to grieve her death, including a Parrish, Florida, woman who drove about an hour to put up posters of Petito in front of Brian Laundrie's family home.

A federal arrest warrant was issued Wednesday for Laundrie, in connection to Petito's case.

“I strongly feel they gave him time to get away. Period. I am so sad," said Terri Desesso, referring to the Laundrie family. They have not recently spoken about the case.

A concerned grandmother drove more than 60 miles from Parrish Florida to put these posters on the #Laundrie home. It reads “I was here once” and has a happy photo of #GabbyPetito @10TampaBay pic.twitter.com/MwJAlL9QVX

Desesso, a grandmother who has no ties to either family, put up posters of Petito in the Laundrie's front yard. It reads: "I was here once."

The posters show the last picture Petito posted on her Instagram page before her disappearance.

"[Police] should’ve had their eyes open all the time," Desesso said. "Even if she fell down and killed herself or accidentally hit the rock, you just do something about it."

The FBI announced Sunday, Sept. 19, that a body had been found matching the description of Petito. On Tuesday, Sept. 21, the coroner's office confirmed the body was hers and initially ruled the death a homicide.