A check of the business page Wednesday afternoon did not show the image in question. Yelp said it was taken down. 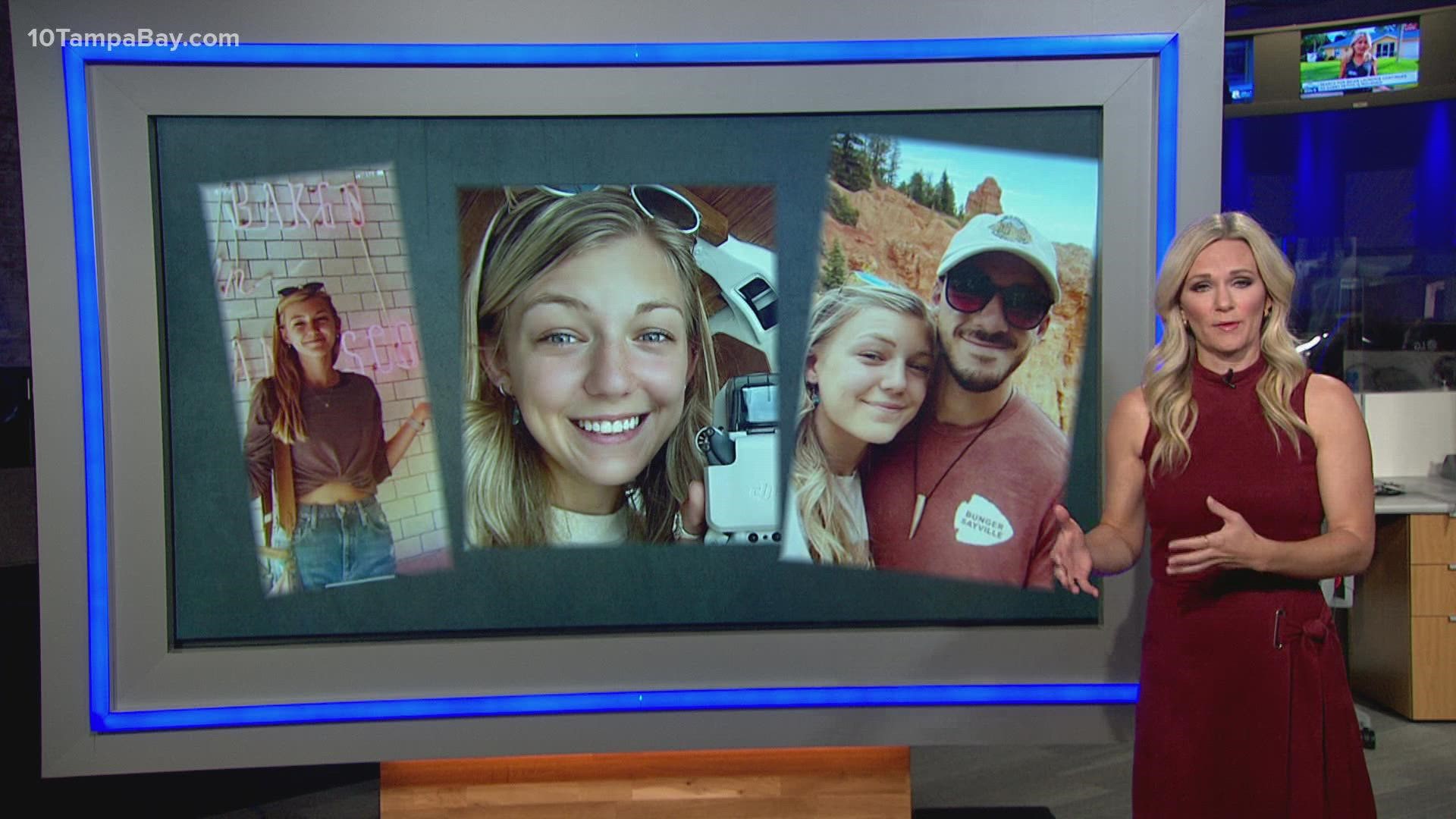 A written demand was sent to Brian Laundrie's family attorney over an alleged photo posted to a Yelp business page. The Laundrie family's attorney responded that he doesn't control Yelp.

The letter sent by a lawyer representing Gabby Petito's family states, "the family tried to remove their daughter's picture from [Steven Bertolino's] page and were informed that only the business owner can add or remove pictures."

Petito's family demanded the Laundrie family's lawyer "cease and desist posting pictures of Gabby Petito to any and all of your social media pages, web pages or advertisements in an effort to gain business."

As of 3:15 p.m., Wednesday a search of the Yelp page in question only shows two photos — none of which show Petito. Both photos also appear to have been uploaded by other Yelp users.

To be clear: businesses can't remove pictures that get uploaded by other users to their Yelp page. Only Yelp moderators or the people who uploaded photos can take them down.

“We can confirm that the user who uploaded the photo removed it today," a Yelp spokesperson wrote in a statement. "Yelp placed an Unusual Activity Alert, as part of our broader Consumer Alerts program, on the business’s Yelp page on Tuesday. Businesses and consumers can always report reviews and photos for removal if they believe the content violates Yelp’s Terms of Service or Content Guidelines.”

NEW FROM GABBY’S FAMILY 👇🏻
“Demanding that you remove Gabby Petito’s picture from your Yelp page.”
👇🏻
This addressed to #BrianLaundrie’s attorney Steven Bertolino pic.twitter.com/SKEAdProRp

Laundrie's family attorney responded to the allegation from Petito's family, calling it "sad," before adding that he does not control the Yelp site.

"This is sad. I have never used social media or any other electronic platform for advertising other than maintaining a website. I do not control the internet sites nor the hacks and public that have been overrunning the internet with fake comments and posts," Steven Bertolino said. "Yesterday Yelp had shut down its page for my firm due to inordinate and unconfirmed posts. I would certainly agree with Mr. Stafford that any such post he is referring to should be removed but advise him that I have no control over that yelp site."

The body found Sunday in Bridger-Teton National Forest was positively identified as Petito, the FBI in Denver confirmed Tuesday.

Law enforcement says the coroner's office has determined the initial manner of death is a homicide. However, the official cause will be determined following the final autopsy.

The 22-year-old woman was on a cross-country road trip this summer with her 23-year-old fiancé, Brian Laundrie. She was reported missing on Sept. 11 after he returned 10 days earlier to his North Port family home without her. Laundrie is considered a person of interest in the case.