The wastewater is remaining on-site, the state said. 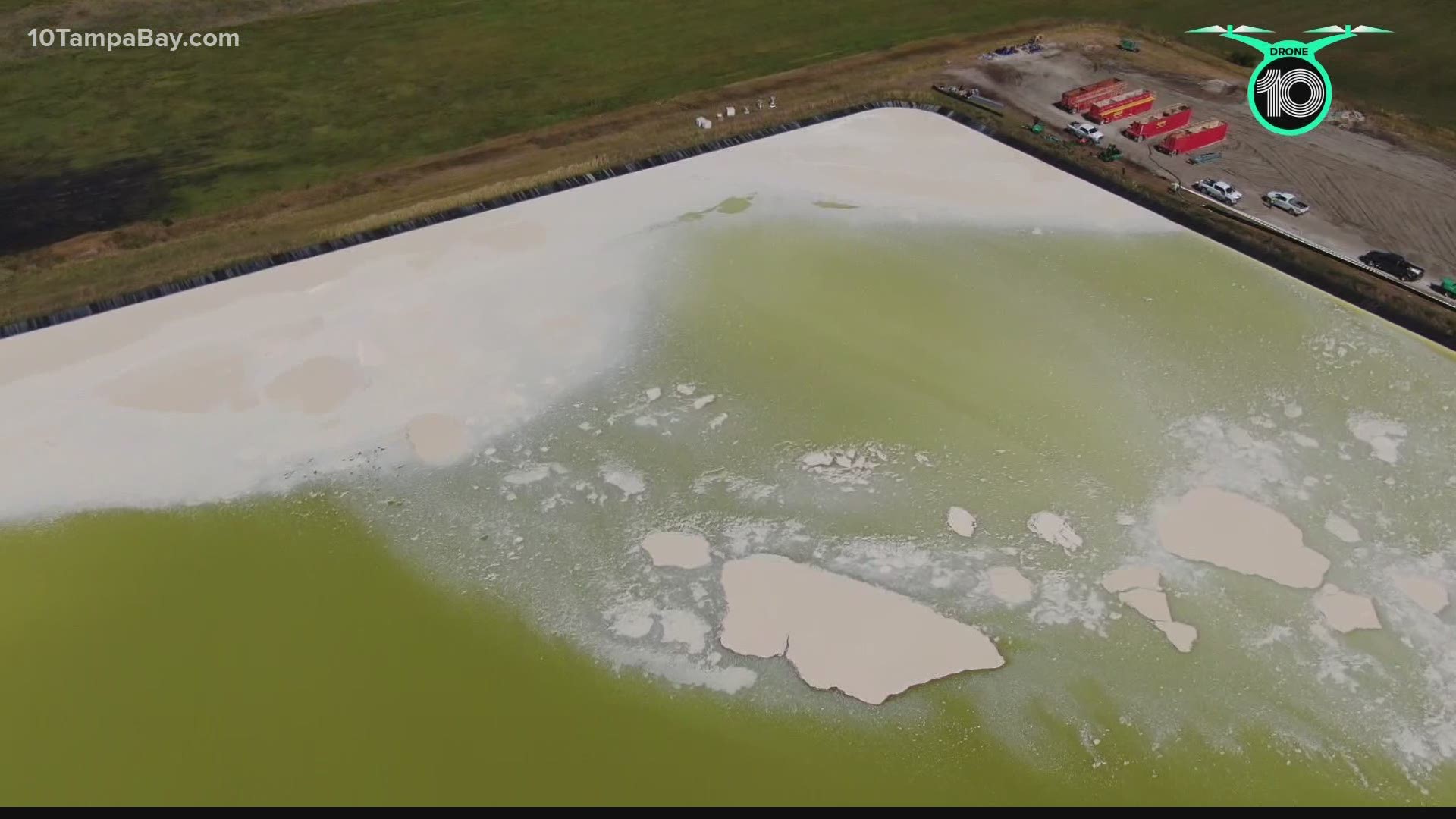 PALMETTO, Fla. — Some wastewater was seen leaking from a temporary fix at the breached Piney Point reservoir on Tuesday, state officials confirmed.

A "low-level flow" was spotted around 3:30 p.m. from the east wall of the NGS-South compartment underneath the steel plate that had been placed over the liner seam separation, according to the Florida Department of Environmental Protection. The initial separation is what prompted fears of a total collapse of the wastewater reservoir back in March.

The rate of the wastewater flow is said to be consistent and not increasing. It has remained within the on-site stormwater collection system, the DEP added.

"Crews continue to make progress in repairing the seal," the state said in a news release. "No other leaks have been identified and the released flow has remained within the on-site stormwater collection system."

Despite hundreds of millions of nutrient-rich wastwater having been diverted into Tampa Bay, the state says there are no current outbreak of red tide and no fish kills reported in recent days. Still, water quality samples will continue to be taken to measure possible long-term impacts.